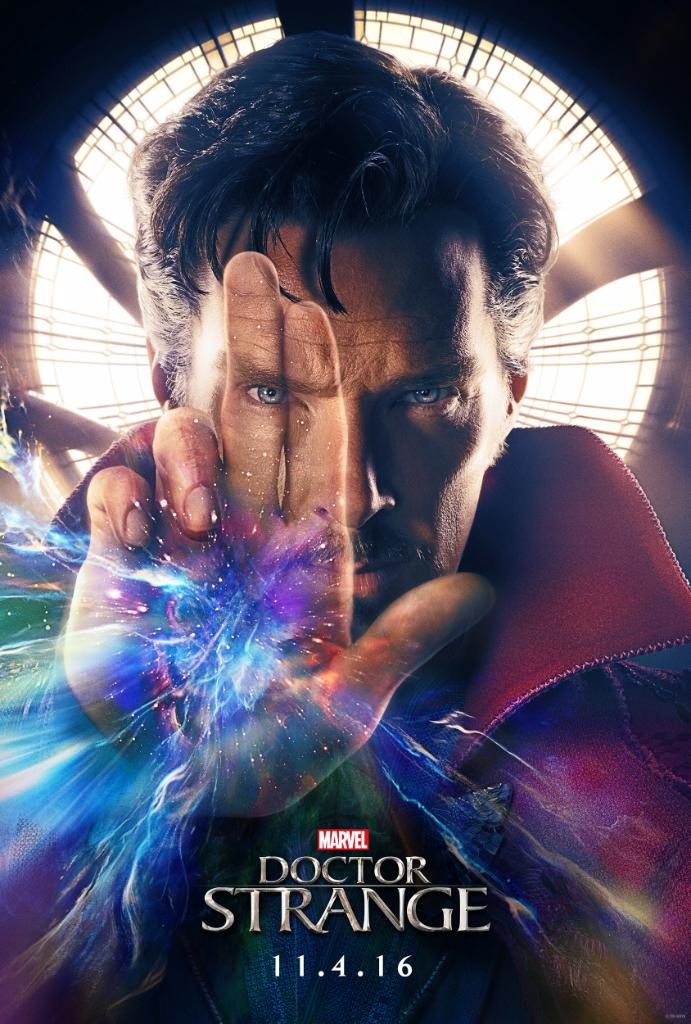 Legendary and multi-Platinum rockers STYX–Tommy Shaw (vocals, guitars), James “JY” Young (vocals, guitars), Lawrence Gowan (vocals, keyboards), Todd Sucherman (drums) and Ricky Phillips (bass), along with the occasional surprise appearance by original bassist Chuck Panozzo—are back on the road for their 2016 tour.
This show features a set list packed with hit songs, classic tracks, and fan favorites, including “Lady,” “Too Much Time On My Hands,” “Rockin’ The Paradise,” “Come Sail Away,” “Fooling Yourself (The Angry Young Man),” “Renegade,” and “Suite Madame Blue.”

At each tour stop, Rock to the Rescue—spearheaded by Tommy Shaw’s daughter, Hannah and is a 501(c)3 nonprofit organization founded by the band, whose mission is to build strong, healthy communities through the support of grassroots organizations across the country–researches local nonprofit organizations and picks one to see if they are interested in volunteering to help the band sell $10 tickets for a drawing to win a signed STYX guitar at the shows. They give these organizations a percentage of the sales as their way of supporting their cause and thanking them for supporting the band’s cause.

Rock To The Rescue was founded on the principle that our communities are stronger when we work together in mutual aid. Having played thousands of shows in the last 15 years, STYX has been strongly connected with communities across the country. With local fans and community members making an effort to join in support of STYX, it is important to the band to actively participate in these communities as well. What makes Rock to the Rescue unique is that they work on a grassroots level with small groups, giving real support to real individuals who are creating positive changes in their communities. Rock to the Rescue is building initiatives in the areas of music education, health and well-being, disaster relief and aid, and animal welfare and rescue.

Rock to the Rescue originally started in 2001 as a result of the 9/11 terrorist attacks and is the brainchild of STYX singer/guitarist Tommy Shaw and REO Speedwagon singer/keyboardist/guitarist Kevin Cronin. The two musicians brought together bands and artists such as Bad Company, Journey, Survivor, Kansas, Lynyrd Skynyrd and many others to be part of “Volunteers For America” concert events in Dallas and Atlanta that ultimately raised over $775,000 for victims of 9/11, as well as the Port Authority police department in New York City.

In 2014, Rock To The Rescue raised $10,000 for the Philadelphia Fire Department Local #22 Widows Fund at the “Soundtrack of Summer” show (with Foreigner and former Eagles guitarist Don Felder) in Camden, NJ on July 3, as a thank you to the local fire department for cooling down STYX’s burning crew bus the day before. And in 2013, Rock To The Rescue hosted a sold-out concert with STYX, REO Speedwagon, Ted Nugent, Survivor, Richard Marx and Larry The Cable Guy, in Bloomington, IL at the U.S. Cellular Coliseum that raised $450,000 for victims of the horrible storms in Illinois. Also in 2013, Rock To The Rescue presented the Boston One Fund with a check for $108,000 for victims of the Boston marathon bombings as a result of funds raised during the “The Midwest Rock ‘N Roll Express” tour with STYX, REO Speedwagon and Ted Nugent.

On November 19, 2015, Rock To The Rescue donated $25,000 to The Sweet Stuff Foundation to help victims of the Paris terrorist attacks. In honor of the musicians and crew who lost their lives in the attack at The Bataclan music venue in Paris where Eagles of Death Metal were performing, from that date through December 31, 2015, Sweet Stuff dedicated all money received directly to the surviving families of those who passed away, including that of the band’s merchandise manager, Nick Alexander. The Sweet Stuff Foundation was founded by Queens of the Stone Age’s Josh Homme, who is also a key recording member of Eagles of Death Metal. 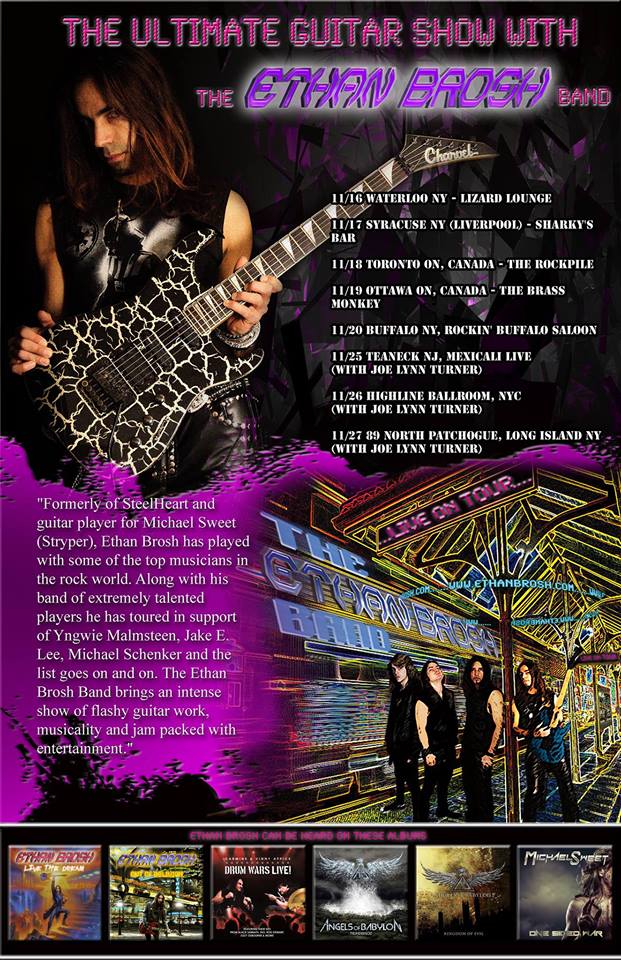 One of the best virtuosos on guitar has announced he will be doing a November tour.He has shared the stage with Yngwie Malsteem and Jake E Lee, if you want to see guitar done to the extreme , we recommend checking out this tour. 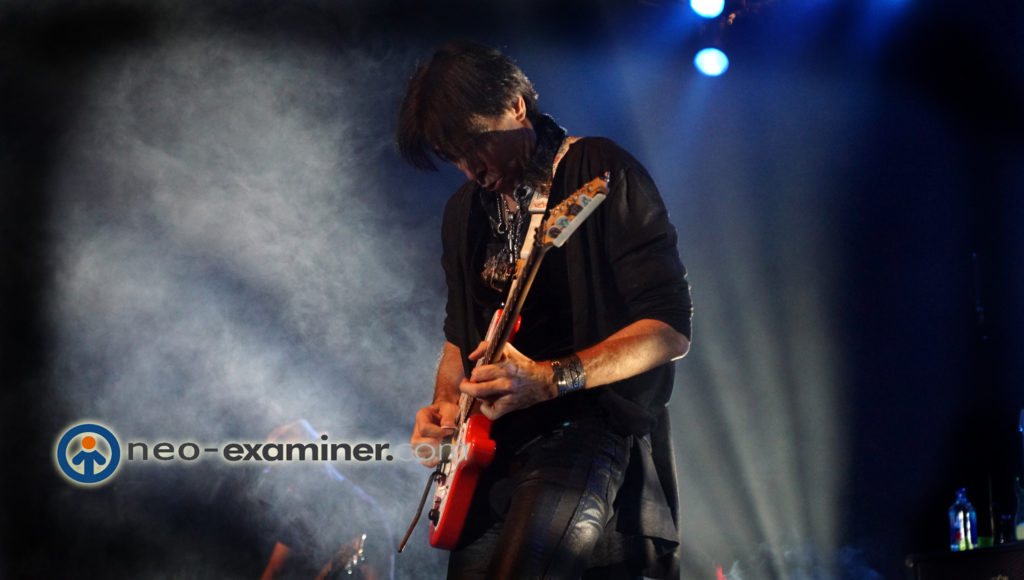 Tonight many guitar  enthusiasts were delighted by the energetic and skillful performance  of guitar icon Steve Vai   , look for a upcoming review of tonights show ! 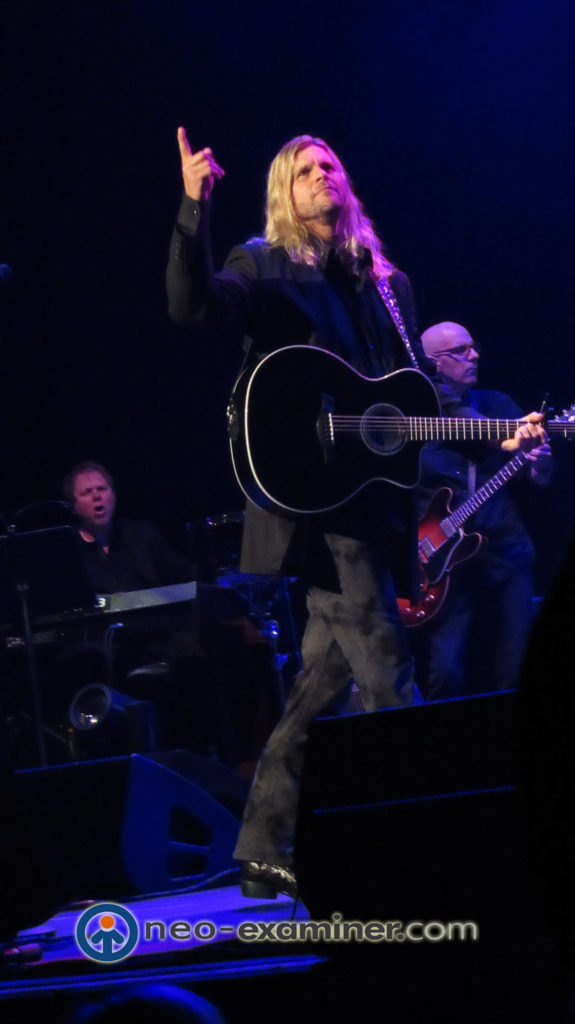 Image of the day ! Country Star Ira Dean thanking Johnny Cash at the Johnny Cash Rock Hall Tribute Concert at Ira points up to heaven thinking of the man in black and all he has to done to became a musical icon and helped many people in his lifetime ! 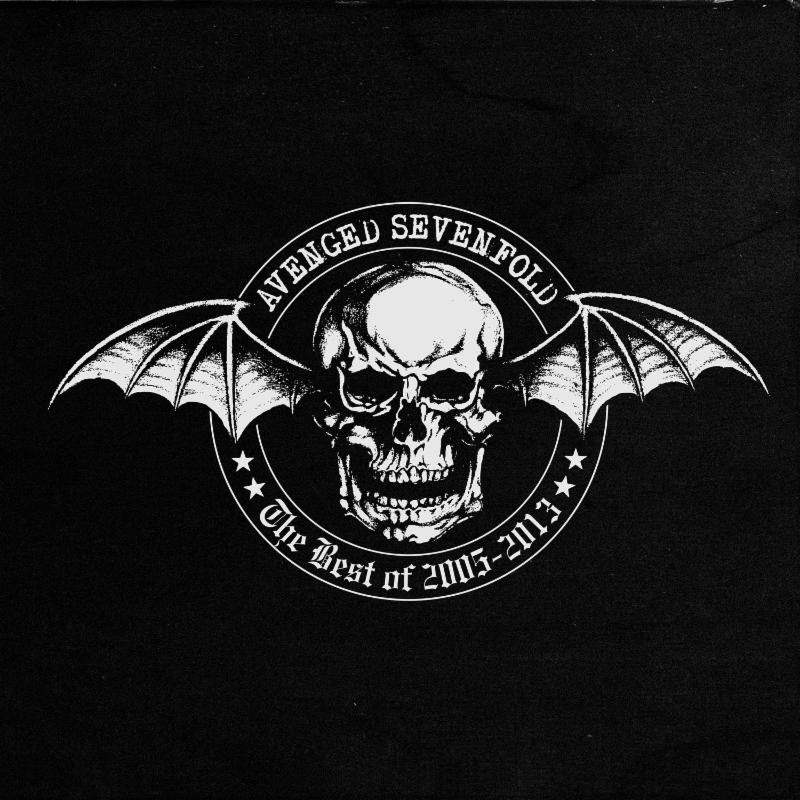 While at Warner Bros., Avenged Sevenfold achieved worldwide success with a string of best-selling albums – including their 2005 platinum breakthrough City Of Evil, 2007’s Avenged Sevenfold, which topped the Billboard Alternative, Hard, and Rock Charts, and two consecutive No 1’s on Billboard’s Top 200 Albums chart, Nightmare (2010) and Hail To The King – achieving Diamond, Platinum and Gold awards for album sales in nearly a dozen countries. They have also scored a series of Top 10 singles at multiple formats, including “Bat Country,” “Almost Easy,” “Scream,” “Nightmare,” “Welcome To The Family,” “So Far Away,” and “Hail To The King,” and their latest, “Shepherd of Fire.” The band, which hails from Huntington Beach, Calif., have become known for their spectacular live shows, routinely selling out arenas worldwide and headlining some of the biggest and most prestigious music festivals.

Editor note . I had the chance to see a recent Coheed and Cambria performance, not only was I amazed by the pure  talent ,I was dumbfounded by the die hard fans that came to the show, some  from Texas drove  to Ohio for this show . That has something to  about the bands drawing power and with that I wanted to give you one ultra fans perspective . Ladies and Gentleman I present Chelsea ,please enjoy . 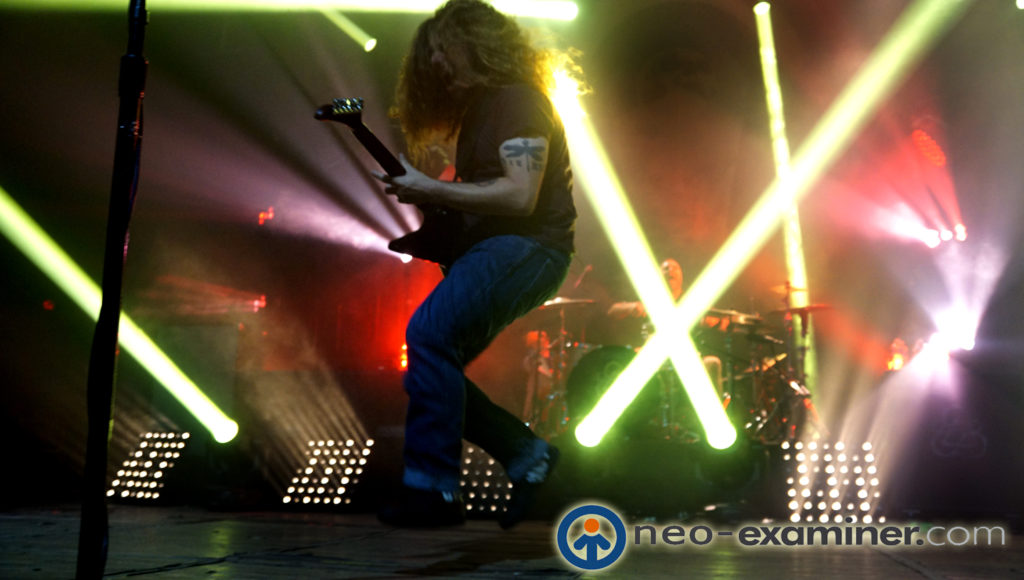 Coheed and Cambria; where do I even begin?

When I hear Coheed and Cambria, especially the tantalizing tenor vocals of Claudio Sanchez matched with the intense progressive rhythm of their harmonious rock and roll, it brings me back to the the nostalgic days of teenage skateboarding and other shenanigans. Coheed and Cambria has hands down been my favorite band easily since freshman year of high school.
Coheed and Cambria is deeper than music. It’s a story set in a comic and played through melody. A performance art form like no other, it’s a unique science fiction concept you have to experience in both mediums to fully grasp. Coheed and Cambria is a tale of the Amory Wars, Heaven’s Fence, man and machine, human nature, and definitely not for the “faint of heart”. 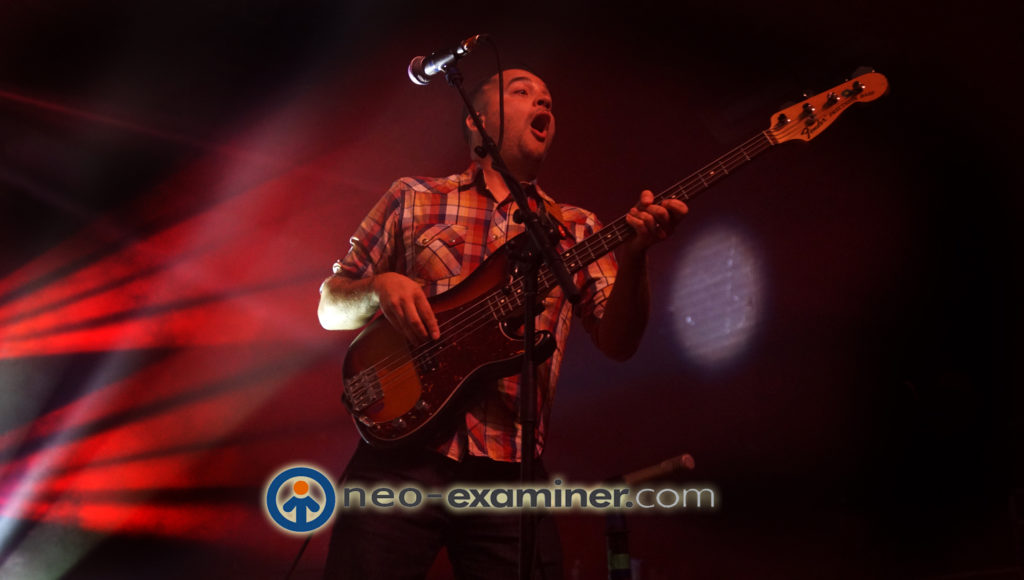 Most fans I’ve met, including myself, are diehards. I’ve seen tattoos adorn peoples bodies, fans who travel miles and miles to see them play live, and epic record and memorabilia collections. Coheed and Cambria has such a loyal fan base because it’s more than just music. It’s a entire universe, an epic story of love and danger, and the best damn band I’ve ever had the privilege of hearing. 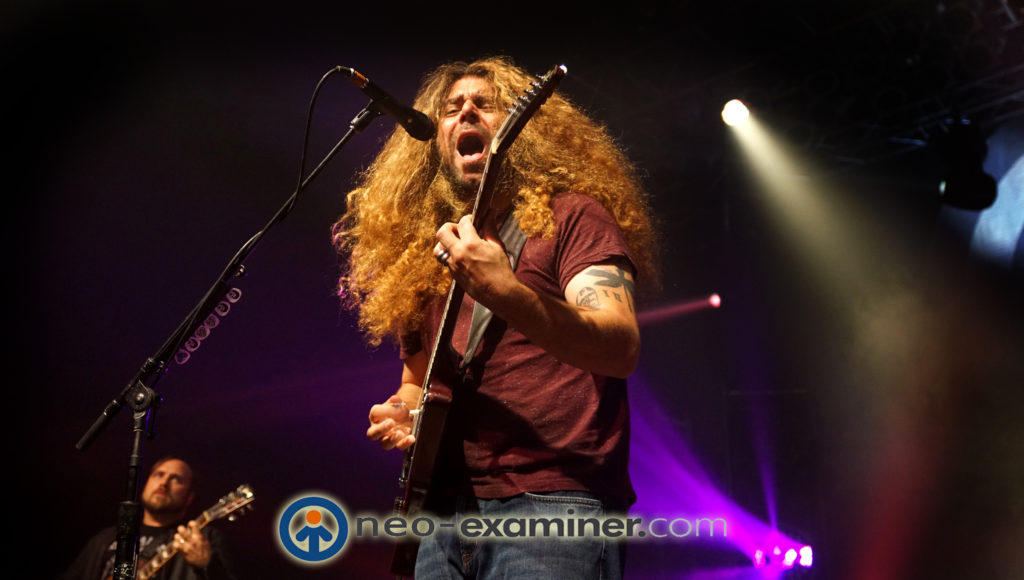 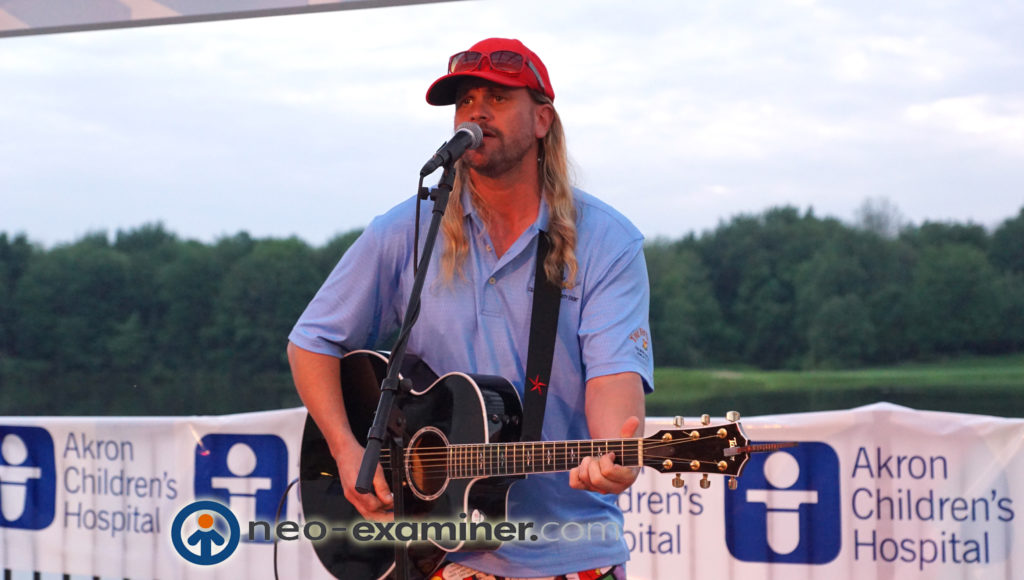 This should be an epic night !
Info and images courtesy of The Rock N Roll Hall of Fame and Museum 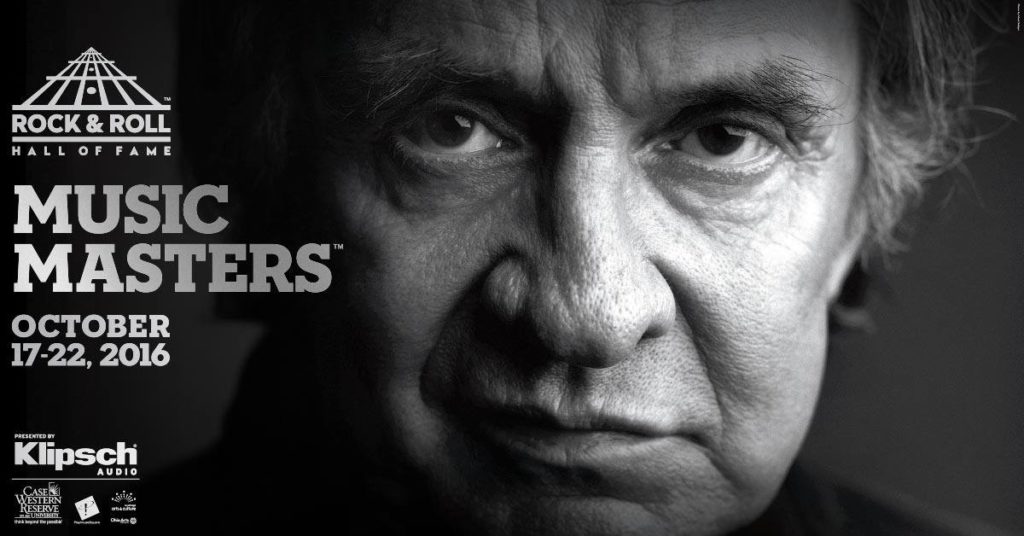 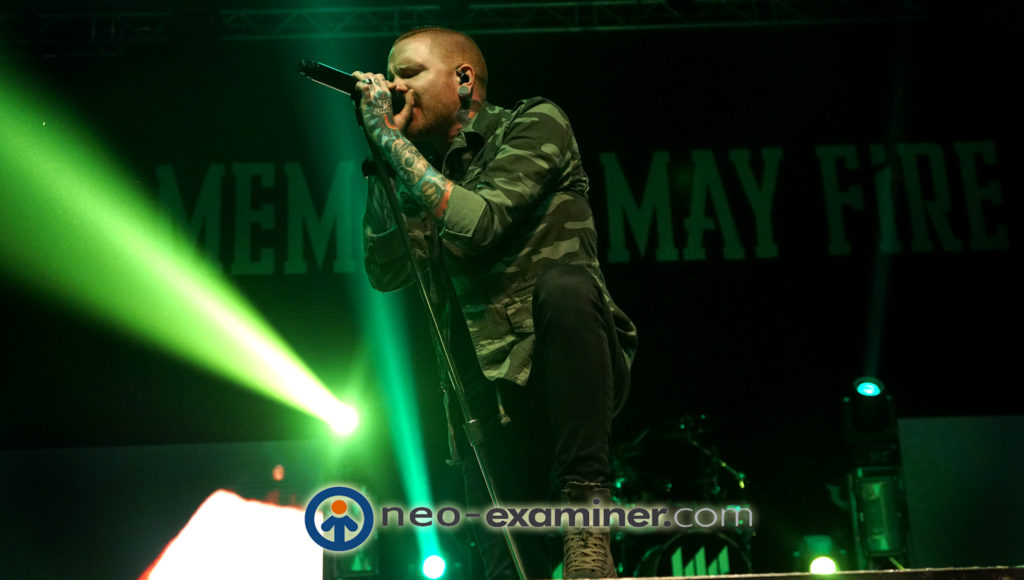 Coming soon ! A exclusive of one fans story on the growth of her favorite band  Memphis May Fire and why you should also become a fan  ! 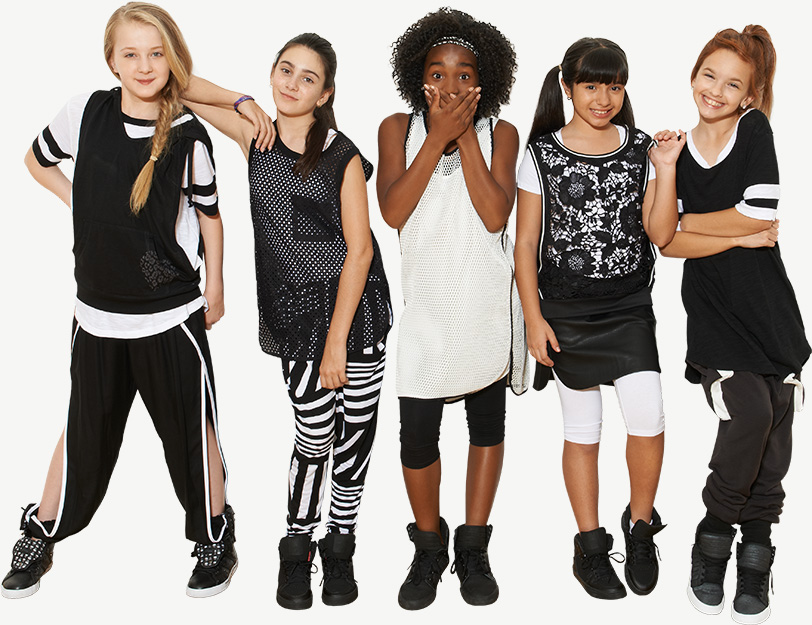 The all-access series follows the girls – Mariangeli, McKenzie, Lexi, Tati, and Jenna – as they attend “Pop Star Summer Camp” and find out what it takes to become a successful pop group, including vocal training and dance rehearsals, and showing fans what they’ve learned. Viewers will go behind the scenes and see the girls develop their singing, dance moves, and on-stage style at their exclusive two-week band camp all the way to their first live performance in front of brand new fans in Los Angeles. As Mariangeli says: “Because if we can do it, you can do it too!”

The bond between the members of L2M bubbles up in their music, inspiring an infectious and irresistible energy. They instantly clicked and formed that forever bond upon meeting up to work on their debut single “Girlz” for the 2016 LEGO® Friends movie Girlz 4 Life. In a few months’ time, the movie sold over 400K units and the track accumulated over 8 million cumulative streams across YouTube and Spotify. As a result, L2M landed a major-label deal with Warner Bros. Records. Celebrating the signing, they turned up in New York City for an inaugural live show that ended with countless signed autographs and screaming #Listeners. Along the way, they earned early acclaim from Celebuzz, Gurl.com, J-14 Magazine, Huffington Post UK, and more. In July, they released “Incredible,” which was featured in a commercial for Target’s entirely kid-created Back to School campaign.