We met up with some super fans who drove all the way from Rochester ,New York to attend the Saint Vitus concert. After speaking with them we decided to let them do the review  and back story ,so ladies and gentleman I present guest writers Alex Greywitt  and  Nick Greywitt. 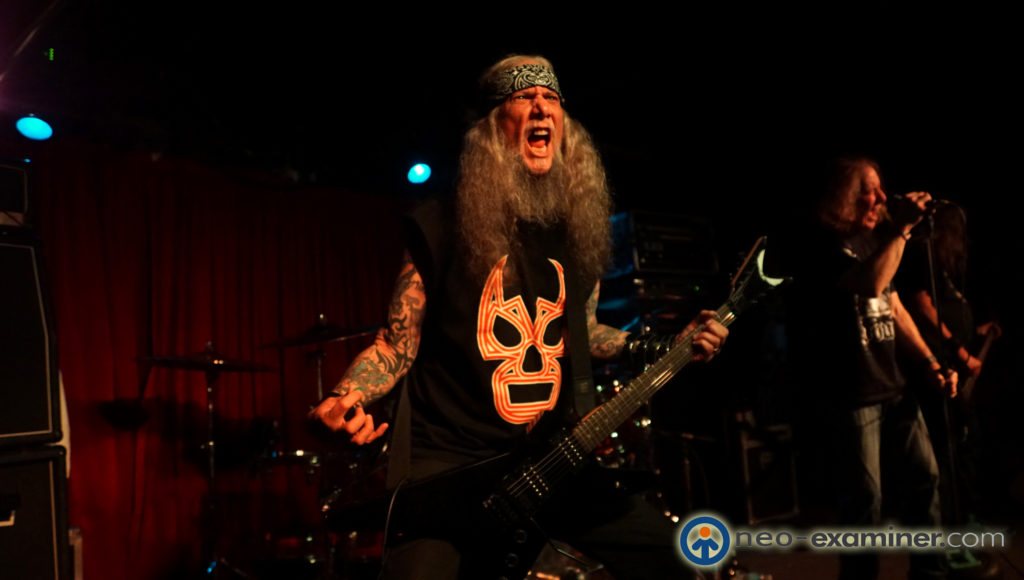 I first discovered Saint Vitus in the Summer of 2014 about the time I graduated from college. While in school, I documented every band I had discovered and no genre was ignored. NWOBHM, Black Metal, Death Metal, early 80s English Hardcore/D-beat, American Hardcore 80s Punk, and eventually Doom Metal. My brother, Nick, and I have an extremely eclectic music taste but we largely ignore bands past the 90s because we feel the best music was made between the late 1950s until the 1990s, starting with Chuck Berry. We especially seek out old school metal/rock bands who espouse the old school/analog sound. The more obscure the better.

My interest in doom metal and the impetus for re-examining my love of bands that used the Black Sabbath formula I credit to Witchfinder General and Saint Vitus. I discovered Witchfinder General in late 2012/early 2013 my Junior year. Around that same time I was voraciously listening to Black Flag, reading some of Henry Rollins’ books, and had read some excerpts from Rock and the Pop Narcotic by Joe Carducci (the producer of the first 4 Saint Vitus albums). I read Black Flag from 1982-1984 was absorbing influences from bands such as Black Sabbath, Void, and Saint Vitus (their newly acquired labelmates at the time) when My War was released. The slower parts of My War and Witchfinder General’s hailing of Black Sabbath made me seek out this type of music I had always known and listened to; but was unaware of the scope of its genre.

So not long after I graduated in May 2014, I stumbled upon the song Born Too Late. I will never forget those seven minutes of my life. While I am being crushed by perhaps the heaviest riff I have ever heard since the ending of “Under the Sun” by Black Sabbath, I read the lyrics to that song. Never had I seen a set of lyrics that so accurately and uncompromisingly described my life. Nick and I knew we were always different from people our age and perhaps alienated by what we enjoyed. It was a struggle to find anyone with an interest in old music in bands like Led Zeppelin, Blue Cheer, Sabbath, Alice Cooper etc. let alone anyone who would have the simple interest in asking why or what you liked about these seemingly alien music men. Very few people I knew were into wearing long hair, spending your time playing your guitar or drumset, and listening to a vinyl LP. It was just far too foreign for others to understand or explain. To be told by older people you were probably born in the wrong time or you can’t be this way because of that belief can wear on the soul. However, as the song explains, “I know I don’t belong/And there’s nothing that I can do/I was born too late/And I’ll never be like you” you have to accept what you are and take solace in the fact that you will never just be another face in the crowd. Dave Chandler and Scott Reagers had written the ultimate song as the catharsis for the people that felt the way they did. The people that feel at times they “carry a cross” for a belief few others may understand and never will. In the end, it is a piece of your individuality no one can take from you.

After I heard the song I sent it to my brother who had a similar experience as I did listening. We were so moved by this type of music we obsessively bought doom records from bands like Trouble/The Skull, Cathedral, Sleep, The Obsessed, Pentagram, Witchfinder General, Candlemass, Dream Death, and Electric Wizard. We both agree it is sobering to think what our lives would be like had we not listened to Saint Vitus.
To that point, we hold Trouble and Saint Vitus in the highest regard for staying true to themselves in an era where this type of music was so underground it was virtually ignored by many even within metal circles back then. Trouble/The Skull and Saint Vitus have proven it is the power of the riff that reigns king in heavy metal with their influence from Black Sabbath deserving especially high praise in our eyes. The Skull and Saint Vitus also exemplify you don’t need to play 100mph in order to be heavy. In fact the slower you go, the more punches you can throw in! From the production, musicianship, and attitude the outputs of these bands epitomize why I personally enjoy this genre of music above all others. Scott Wino, Dave Chandler, Bruce Franklin, Rick Wartell, Phil Cope, Gaz Jennings, Adam Lehan, Victor Griffin, and most importantly, Tony Iommi are all Guitar Gods! 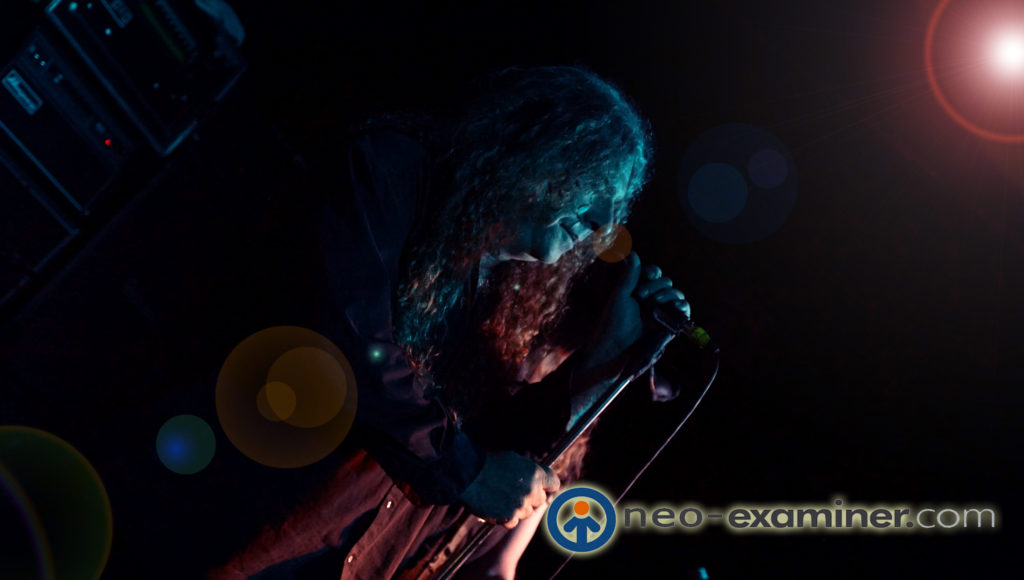 So when we heard The Skull and Saint Vitus were playing in Cleveland, we drove four hours from Rochester, NY. We met up with our cousin Zak and saw two of our most highly respected bands live. Both bands played incredible setlists with high points being “Assassin” and “The Tempter” by the Skull and “Burial at Sea” “Mystic Lady” and the incomparable “Born Too Late” encore by Saint Vitus.
Eric Wagner pointed out my old school Trouble shirt on stage and funnily asked if I was even born when that shirt was made! Nope! I was born in ’92!
I talked to Dave Chandler after the show and told him it was another check off the list for the “Summer of Doom” tour (dubbed by Nick and I) we were on, as we saw Black Sabbath in Toronto on August 29th and Sleep in Pittsburgh on June 22nd. The show was everything we could have hoped for and was a testament to our love of heavy/doom metal! It is highly refreshing to see people, young and old, enjoy themselves to this music because where we come from no one we know appreciates it! Kudos to the Grog Shop!