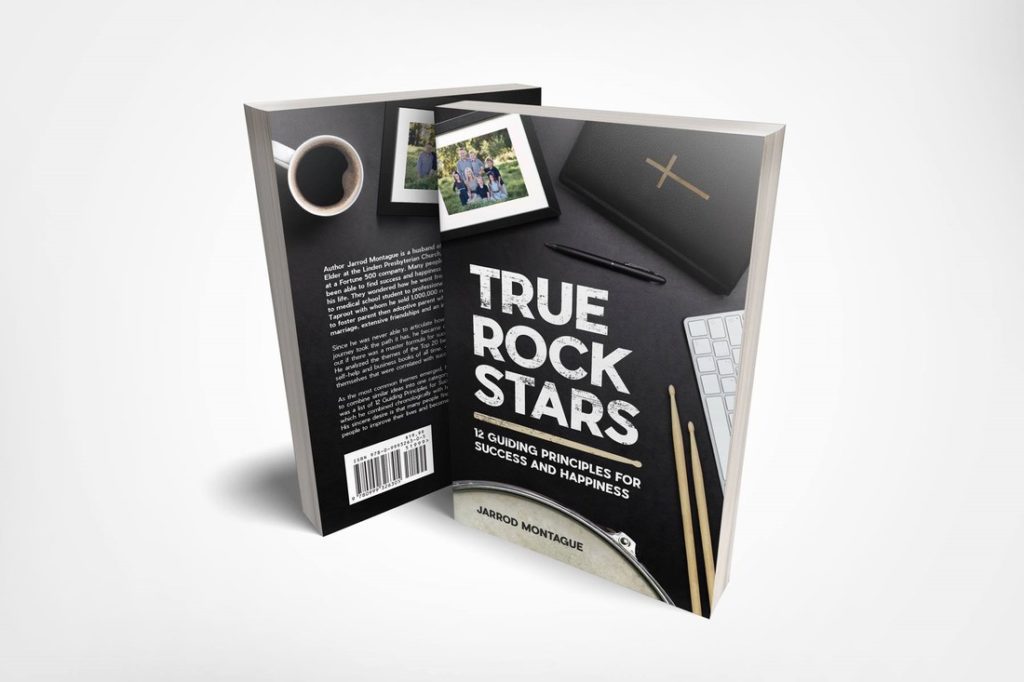 The band Taproot has had deep meaning  to me in my history as a music photojournalist and photographer.They were my first paid assignment for the rock club Peabody’s in Cleveland back in 2006 and I found them to be nice guys albeit I am sure they don’t remember me. A few years later I was hired to work with them again at the Cove in Geneva On The Lake but by that time I was a fan .

When the opportunity came about to  read a book by their drummer Jarrod Montague about following your dreams and  being successful and happy all while being a faithful follower of Christ I jumped at the chance. I immediately bought an advanced copy and received it a couple of weeks ago and dived right in .

The book is part autobiographical , part self help with a touch of spirituality thrown in for good measure .  I liked how he talked about the fork in the road of life and how he made his decisions , how to accept life’s changes and to learn from past mistakes either yours or another’s. In addition he quotes from his sources and gives the resources to read further.The best part is his writing style , in that he writes telling a story and makes is interesting and not over preachy and very interesting. I think this would also make a great audio book as well .

If you are a music fan or a musician or just someone one looking for advice . I would highly recommend this book  as one of the best I have read in a long time .The author Jarrod Montague writes like he is telling stories to old friends and you are included in that circle.    4 out of 4 stars  get your copy now at this link. https://squareup.com/store/truerockstars

Styx, who’s string of commercial and critical hits  of the 1970’s and 1980’s paved the way  for a generation stopped by Hard Rock Live for a trip down memory lane and to create new ones. New ones you say , yes you heard right, new ones in the form of a brand new release with the physical copies of ” The Mission ” for fans to hear and live performances of several of the tracts .You know a band is a cultural phenomenon when modern television audiences have a hit television show ” That 70’s Show ” and use them a a major plot point in an episode .

I was excited to finally get a copy of ” The Mission ” a concept album about a planned mission to Mars in the very near future .  Look for a complete review of it but suffice to say for now ,the live versions went over with well with the audience . Future classics like ” Gone , Gone, Gone, ” opened the show.

My favorite Tommy Shaw song ” Blue Collar Man ” followed up next along  with ” The Grand Illusion ”  all of which prove why this band has had such sustainability over the decades and a huge dedication of fans. ” Radio Silence ” continued the musical feast from the new album along with   ” The Outpost ” .The fans favorites were played as well including the rebellious  ” Renegade “, the dreamy ” Come Sail Away ” and ” Angry Young Man ( Fooling Yourself ).

The band also did two you very special things that show , one playing a tribute to Tom Petty by playing a highlighted version of “Free Fallin” to a appreciative crowd .One other item was the band has a charity called ” Rock To The Rescue ” started by Tommy Shaw’s daughter Hannah in which  the band raised money by raffling off an autographed guitar and the funds go to a local charity and at this show is was the Akron Canton Regional Food Bank . The funds raised were enough for over 2000 meals.

I know that society has changed and concerts and nights out can be scary and costly but let me assure you of this , your safety is utmost priority as Hard Rock Live has security measures that will rival most airports and a Styx concert, you get ever dime back in a lifetime of memories both old and new. To keep up with ” The Mission ” and all things Styx related check the official website at http://www.styxworld.com/

Best Damn Band You Have Never Heard Of ! 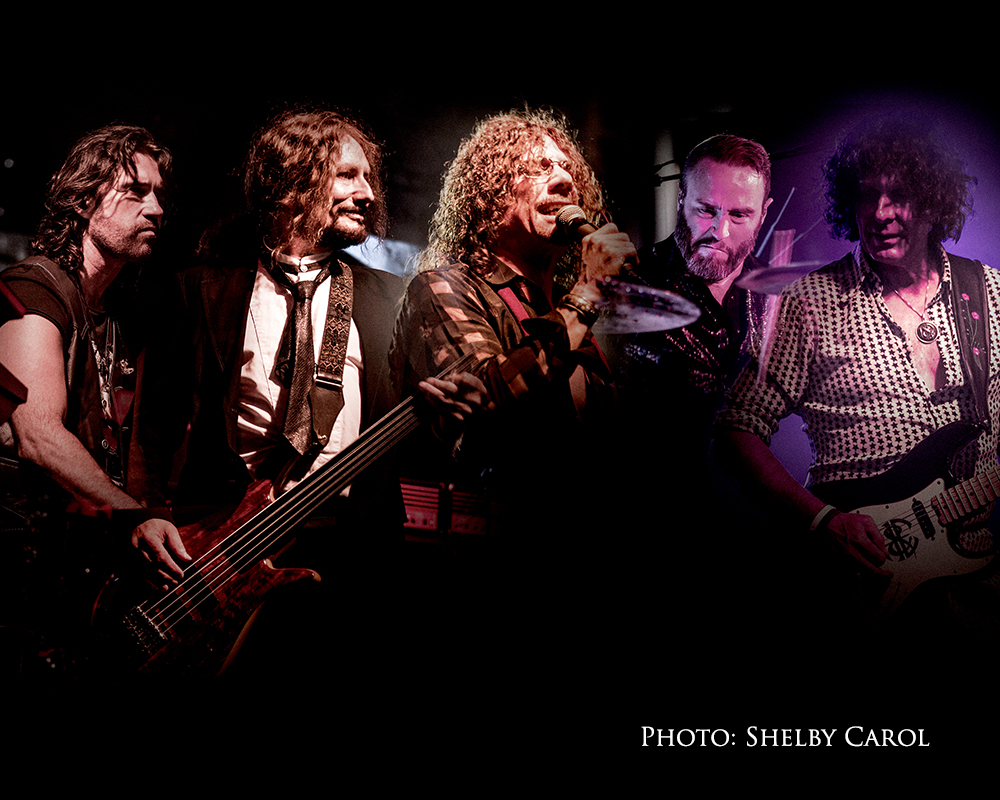 Los  Angeles, CA- ”  Holy crap ” is what I thought when I first heard the release ” Hard To Kill ” from Los Angeles based hard rock act Heaven & Earth .What planet have I been living on and what rock, hiding under as I should know of this band , this is my style of music after all . I feel a little ripped off as this is  the forth release  from them and the first I heard  and I love unknown and underground bands. ( I did see Metallica with Cliff Burton so that alone proves I’m cool right! ) 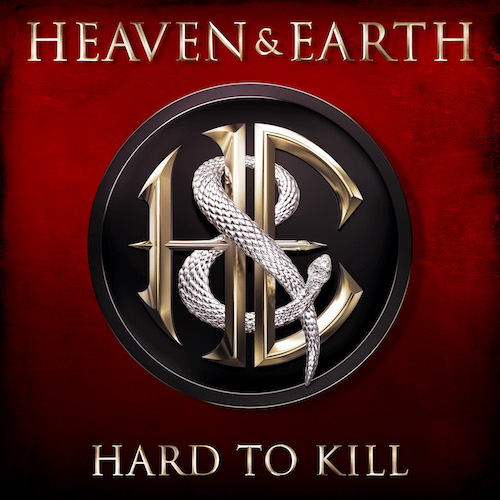 Heaven & Earth founder Stuart Smith was born in Great Britain, the son of an RAF jet fighter pilot, and he was originally classically trained on the guitar from the age of 8. After seeing a Deep Purple concert in the early 70’s he got turned on to Rock & Roll. When he was 19 years old he met their guitarist Ritchie Blackmore and the two became fast friends and Ritchie took Stuart under his wing and mentored him. ( taken from the bands bio )

When I first heard the album I thought is was a natural progression for a band like Whitesnake , however it was not Whitesnake at all just an awesome band in the vein of Rainbow and Deep Purple and of course Whitesnake. ,  Similar sounds but wholly original in their own right, with amazing musical talent and creative song writing this is a 4 out of  4 stars album.

The album became available last month and I have had it about a week and have been listing to it ever since.Some of my favorite tracts are the title track ” Hard To Kill ” that  serves as the band’s attitude and statement,    . “L.A. Blues” exposes  why L.A. is a great place to visit and why I would never want to live there ,  “The Game Has Changed”  compares the present and the past and how things are so different . If you check out  just one band that you don’t know of this year make sure you check out Heaven & Earth .You wont be sorry .

To learn more about Heaven and earth check out the official website at http://heavenandearthband.com