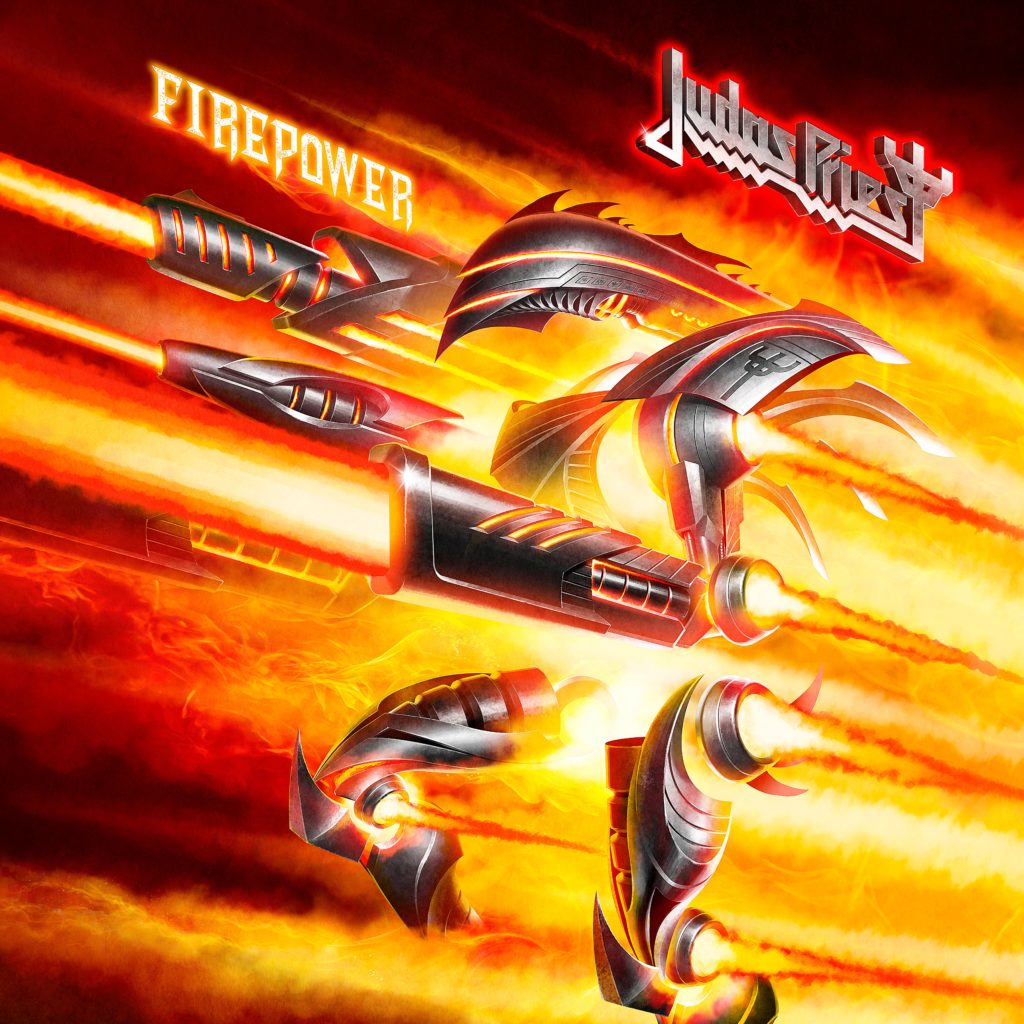 Judas Priest could easily rest on their laurels at this stage of their highly successful and influential career. However, the legendary metal band – singer Rob Halford, guitarists Glenn Tipton and Richie Faulkner, bassist Ian Hill, and drummer Scott Travis – refuse to do so as evidenced by the arrival of their eighteenth studio album overall – ‘Firepower,’ which can be pre-ordered via the link http://smarturl.it/Firepower.
Set for release on Friday, March 9th, 2018 via Epic Records – the album is comprised of fourteen tracks of pure and highly inspired metal.  And to mark the occasion Priest has reunited with producer Tom Allom (the man behind the board for all of the band’s releases from 1979-1988, including such stellar classics as ‘Unleashed in the East,’ ‘British Steel,’ ‘Screaming for Vengeance’ and ‘Defenders of the Faith’) and with Grammy Award-winning producer Andy Sneap also helping to raise the sonic bar even higher.
“Tom Allom has got this classic metal thing,” explains Halford. “And Andy is a bit more of a ‘modern metal producer’ but his thinking is a little bit different to Tom’s. And I think to get this balance between that classic old school metal to what Andy’s world is was just a remarkable coalescence.” “Tom Allom has been with us since 1979, so his knowledge of ourselves and our music in general is immense,” adds Hill. And according to Travis Priest returned back to a recording method that worked incredibly well on the band’s earlier classics – “We went back to the organic way of recording where it’s all of us in a room and we got to play together.”
The album’s first single, ‘Lightning Strike’ will be available worldwide on Friday, January 5, 2018, and on the same day the song’s music video will be premiered (and can be viewed via http://smarturl.it/JPLightningStrikeVid). Full album pre-order and a PledgeMusic pre-order (https://www.pledgemusic.com/projects/judas-priest) will also begin the same day which includes exclusive limited autographed colored vinyl, autographed vinyl test pressings, an exclusive Judas Priest t-shirt and an extremely limited number of Judas Priest autographed guitars.
With the impending arrival of ‘Firepower’ and its ensuing tour (which kicks off on March 13th), THE PRIEST IS BACK!
‘FIREPOWER’ TRACKLISTING:
1. Firepower
2. Lightning Strike
3. Evil Never Dies
4. Never The Heroes
5. Necromancer
6. Children of the Sun
7. Guardians
8. Rising From Ruins
9. Flame Thrower
10. Spectre
11. Traitors Gate
12. No Surrender
13. Lone Wolf
14. Sea of Red
FOR MORE INFORMATION, VISIT:
judaspriest.com 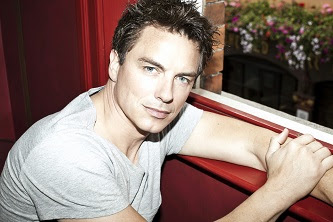 Having created “Harkness” in the first series of Russell T Davies’s revamped “Doctor Who” for BBC TV, the character created such an impact that he was given his own spin off series, “Torchwood.” His multi talents have also been seen on primetime Saturday night in the UK, presenting his own entertainment show “Tonight’s The Night” on BBC1. The show, which helped ordinary people to fulfill their performing dreams, was a co production with John’s production company, Barrowman Barker Productions. Three series have aired in the UK, and the format has been sold worldwide, with the show now playing in countries as diverse as Sweden and China.

Wizard World Comic Con is also the place for cosplay, with fans young and old showing off their best costumes throughout the event. Fans dressed as every imaginable character – and some never before dreamed – will roam the convention floor and participate in the famed Wizard World Costume Contest on Saturday evening

For more on the 2018 Wizard World Cleveland, visit http://wizd.me/ClevelandPR.

Columbus, Ohio – Get ready for a weekend of fun , excitement coming in March .The Arnold Sports Festival, already the largest multi-sport event in the world, will grow even larger in 2018 when an estimated 20,000 athletes from 80 nations compete in 75 sports & events from March 1-4, 2018 in Columbus, Ohio.

I have seen this festival grow by leaps and bounds of the years and this year plans to be the biggest yet . To see all the info please check out the offical website here http://www.arnoldsportsfestival.com/

Join us in Columbus, Ohio as we celebrate the debut of ­­­­seven new events including: Classic Physique (professional and amateur), Axe Throwing, Body Painting, Equestrian, Pickleball, and UMG Gaming Tournament.