One band you must see at least once in your life ! 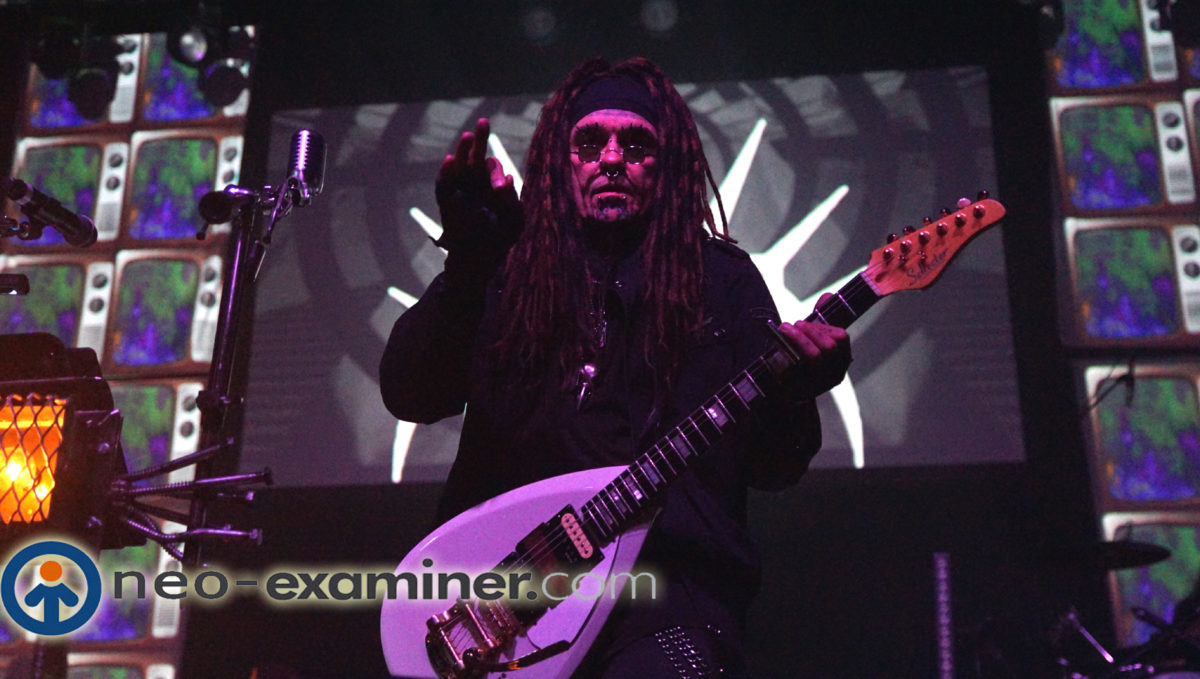 Cleveland, Ohio – The recently revamped historic Cleveland Agora played host to Uncle Al and Ministry last week the the delight and exuberance of fans. To be honest I am a recent fan  ,in my era of  80’s Metallica and  Savatage  heavy metal ,Ministry where not even in the same genre  as thought by 15 year me . I didn’t understand industrial or electric music  but that all changed when I got a book in the mail . One day I received the autobiography of  Al Jourgensen to review and my mind was blown away . The book was amazing, it as insightful, thoughtful and raw . I then had the chance to do a phone call with Al and got to the know the person behind the book and most importantly the music . Hence I now am a fan and will not miss a show if he is in the area or even somewhat a few hours away . I   met a girl and her father who I would say are super fans . Her name is Mountain she is 14  years old and has only seen one artist play live multiple times even with a three hour drive each way  . Uncle Al and Ministry is how she and her father connect and he was headbanging right beside her in front row !

The stage was rather bare compared to the last time I saw Ministry but that did not matter as I was here for the music and the show and what a show it was . Al and the boys hit the stage with an energy of new band, not a band that have done this for decades , this amp goes to eleven .

This tour  is a duel celebration of of the The 30th Anniversary Of “The Land Of Rape And Honey” and of the current release “AmeriKKKant” playing a lot of tracks from both landmark albums.

Some of the songs played that night were , Twilight Zone, Victims of a Clown ,We’re Tired of It, Wargasm , Antifa ,Game Over, AmeriKKKa ,The Land of Rape and Honey The Missing Deity and more .

The band was tight and solid and Al on guitar was great to see . The current line up is .

To learn more about the band please see the official website at http://ministryband.com/