A band that must be experienced live ! 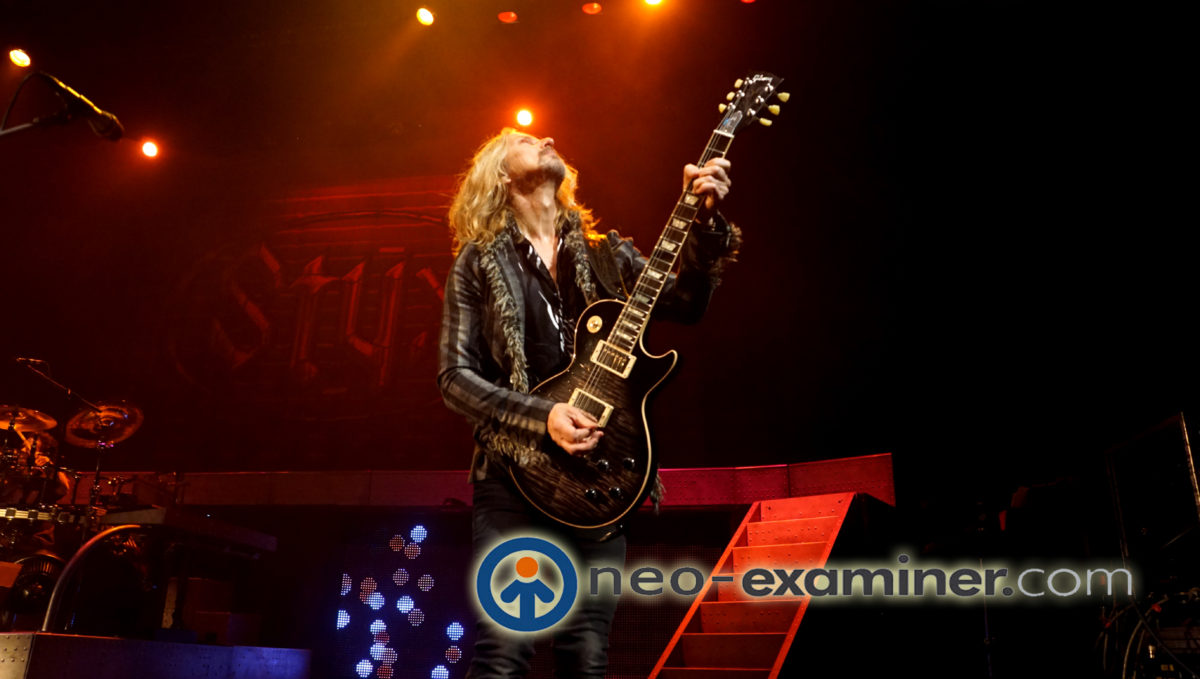 After 14 years, STYX’s sonically sweet 16th studio album and its most ambitious, most challenging, and most rewarding album to date, THE MISSION, was finally released June 16, 2017 on the band’s label, Alpha Dog 2T/UMe. It debuted on various Billboard charts, including: #6 Top Rock Albums, #11 Physical Albums, #11 Vinyl Albums, #13 Current Albums, #14 Billboard Top Albums, #16 Retail, #17 Mass Merch/Non-Traditional, #29 Digital Albums, and #45 Billboard 200 (includes catalog and streaming). A video for the first single, “Gone Gone Gone,” and can be seen on the band’s official YouTube/Vevo page

“The planets truly aligned for THE MISSION, and I couldn’t be prouder,” says vocalist/guitarist Tommy Shaw, who co-wrote the album’s storyline with longtime collaborator Will Evankovich (Shaw/Blades, The Guess Who). “It’s our boldest, most emblematic album since PIECES OF EIGHT.” As founding guitarist James “JY” Young continues, “In the 40th anniversary year of our release of our biggest selling album of all time, GRAND ILLUSION, it just seemed truly appropriate to save our new studio album until this year. Needless to say, I’m very excited.”

The highly anticipated reissue of THE MISSION was released on July 27, 2018 via Alpha Dog 2T/UMe. The two-disc package includes a CD of the original album, as well as a Blu-ray of THE MISSION mixed in 5.1 Surround Sound by singer/guitarist TOMMY SHAW and producer Will Evankovich accompanied by stunning visualizations for each of the album’s 14 songs based on the album artwork. Other extras on the Blu-ray include: “The Making of The Mission Documentary” of exclusive interviews of SHAW and Evankovich, four music videos—“Gone Gone Gone” (official video), “Gone Gone Gone” (video created by NASA), “Radio Silence” (lyric video) and “Radio Silence” (live video from Syracuse, NY)—and three hi-res audio playback modes.

At each tour stop, Rock to the Rescue—spearheaded by Tommy Shaw’s daughter, Hannah and is a 501(c)3 nonprofit organization founded by the band, whose mission is to build strong, healthy communities through the support of grassroots organizations across the country–researches local nonprofit organizations and picks one to see if they are interested in volunteering to help the band sell $10 tickets for a drawing to win a signed STYX guitar at the shows.  They give these organizations a percentage of the sales as their way of supporting their cause and thanking them for supporting the band’s cause.

Make sure you head out to MGM Northfield on Oct 10 to see one of the greatest shows on earth .