Finally, Soundgarden’s legion of fans worldwide now have a book that tells the entire story – Dark Black and Blue. 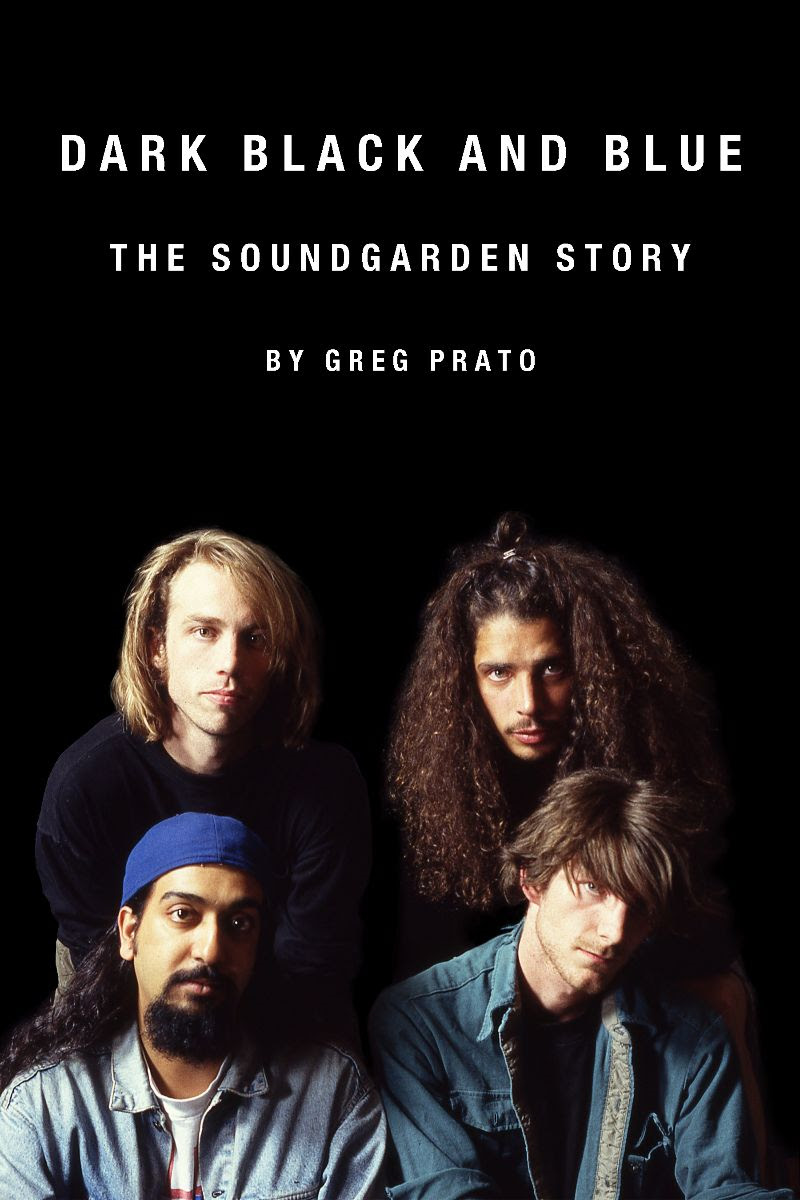 There have been countless books penned about the leading grunge bands – namely, Nirvana and Pearl Jam. Surprisingly, few have been assembled about the mighty Soundgarden. But this is about to change, with the arrival of Dark Black and Blue: The Soundgarden Story.

Written by author/journalist (and longtime Soundgarden fan) Greg Prato, the book tells the Seattle band’s complete story – beginning with its members’ pre-SG days, all the way to today. Also featured are all-new interviews for the book, including chats with Matt Pinfield, Phil Anselmo, and Marky Ramone, among others, as well as rarely seen photos from throughout the band’s history.

In addition to dissecting and analyzing all of their albums (including such classics as 1991’s Badmotorfinger, 1994’s Superunknown, 1996’s Down on the Upside, etc.), readers will learn about the stories behind many of their classic songs (“Black Hole Sun,” “Jesus Christ Pose,” “Outshined,” “Hands All Over,” “Flower,” etc.), as well as recollections of tours (Lollapalooza, Guns N’ Roses, Neil Young, Faith No More, Blind Melon, Nine Inch Nails, etc.), goings on behind the scenes, and singer Chris Cornell’s surprising and tragic death in 2017.

Additionally, two excerpts from the book can be viewed via these links:

Greg Prato is a writer and journalist from Long Island, New York, whose writing has appeared in such renowned publications as Rolling Stone, Classic Rock, and Vintage Guitar. He is also the author of several popular books, including Grunge Is Dead: The Oral History of Seattle Rock Music, A Devil on One Shoulder and an Angel on the Other: The Story of Shannon Hoon and Blind Melon, and Too High to Die: Meet the Meat Puppets. And you may even have heard him on one of his many radio or TV appearances, which have included interviews on The Howard Stern Wrap-Up Show, Eddie Trunk Live, and The Ron & Fez Show.

Finally, Soundgarden’s legion of fans worldwide now have a book that tells the entire story – Dark Black and Blue.