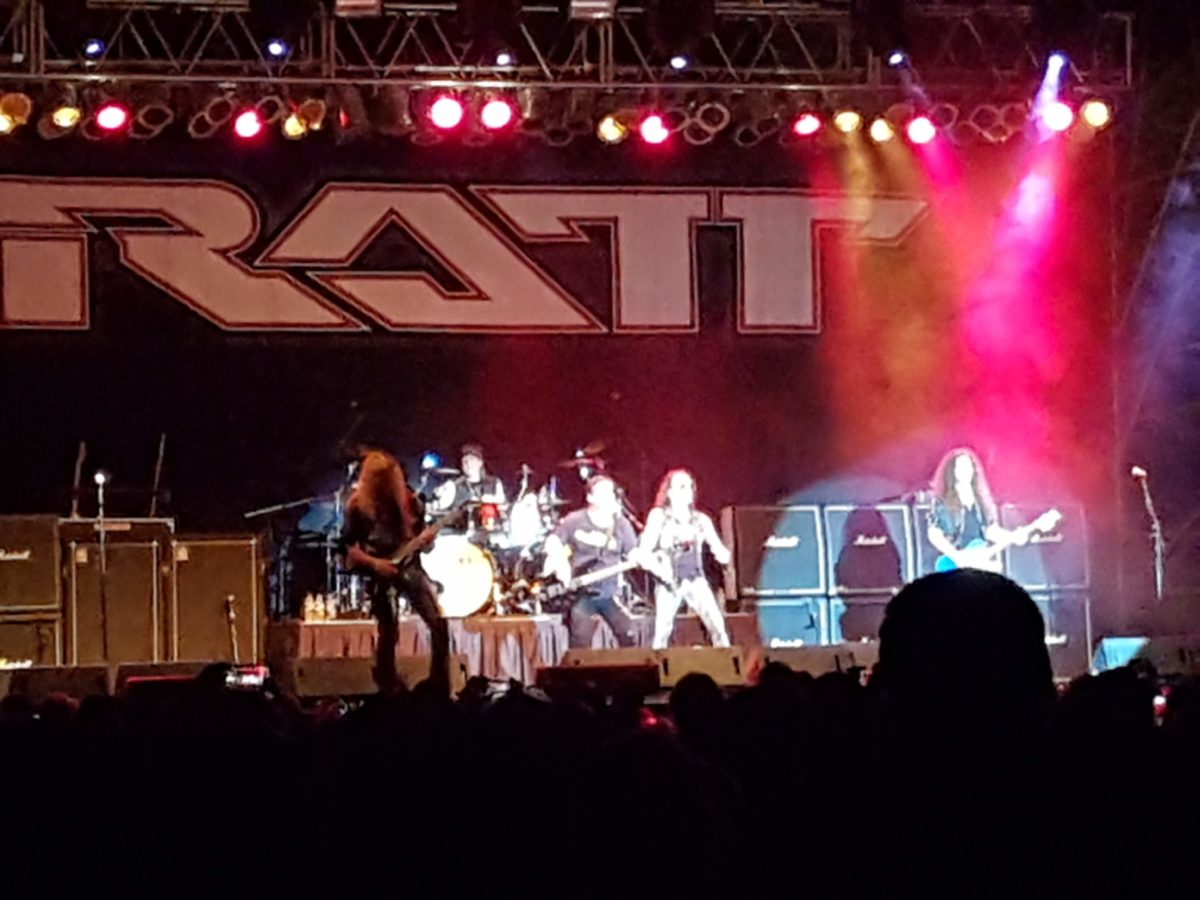 Big Flats, NY-Its mid-September, a few weeks after Labor Day, kids are in school and the leaves are changing colors. Fall is in the air but summer is not over at the annual Tag’s Summer Stage in Big Flats, NY. This year’s event featured a bill of the top bands from the 1980’s – Ratt, Warrant, Kix band and Firehouse. The sold out crowd was hot and ready for the evening, and not just because of the unseasonably warm 86 degree weather outside. With an evening containing over a combined 50 top 40 hits and tens of millions of albums sold, summer was clearly not over just yet. 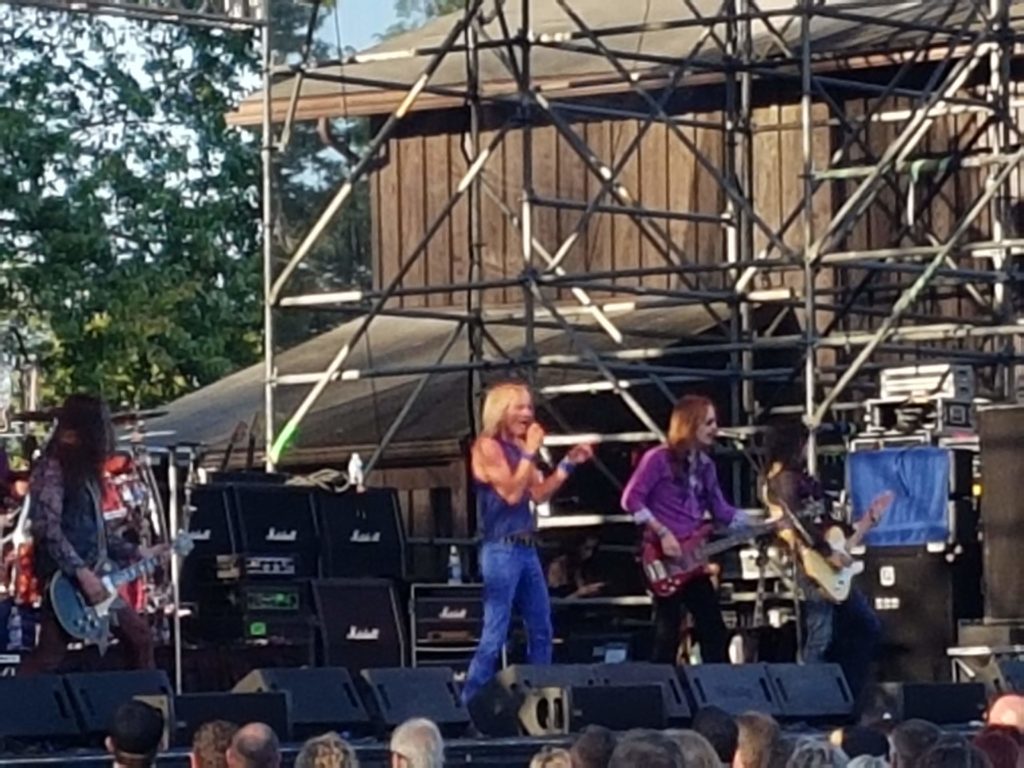 Opening up the evening, but hardly an opening band, Kix the band played all their hits. The Boys from Baltimore came out in full force with lead singer Steve Whiteman strutting and performing with the same energy and enthusiasm he has since the beginning of the band. The crowd sang enthusiastically, knowing all the lyrics to their hits from their platinum selling Blow My Fuse album and their successful follow up, Hot Wire. Kix concluded their 45 minute set to applause as they thanked the people for supporting them over the years . 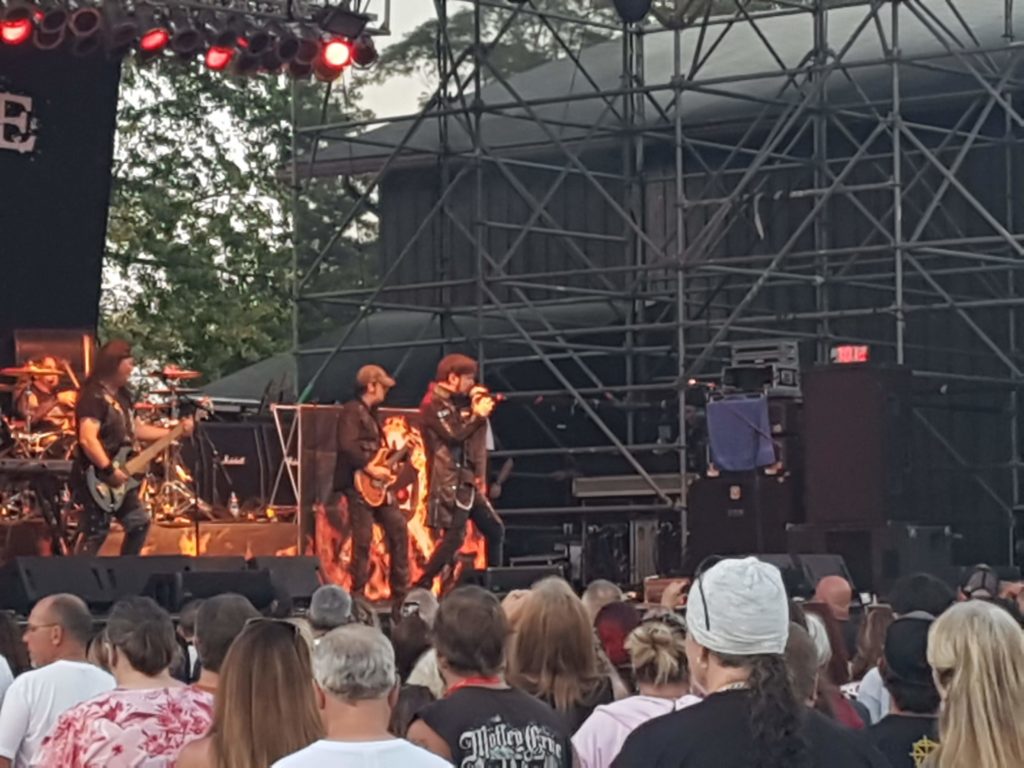 The next act was American Music Award Winning band from Virginia, Firehouse. The band reached stardom during the early 1990s with hit singles like “Reach for the Sky”, “Don’t Treat Me Bad” and “All She Wrote”, as well as their signature power ballad “Love of a Lifetime”, which had fans slow dancing on stage during the performance. Firehouse, who still tour extensively overseas, played a seamless set befitting a band who has been together for over 20 years. 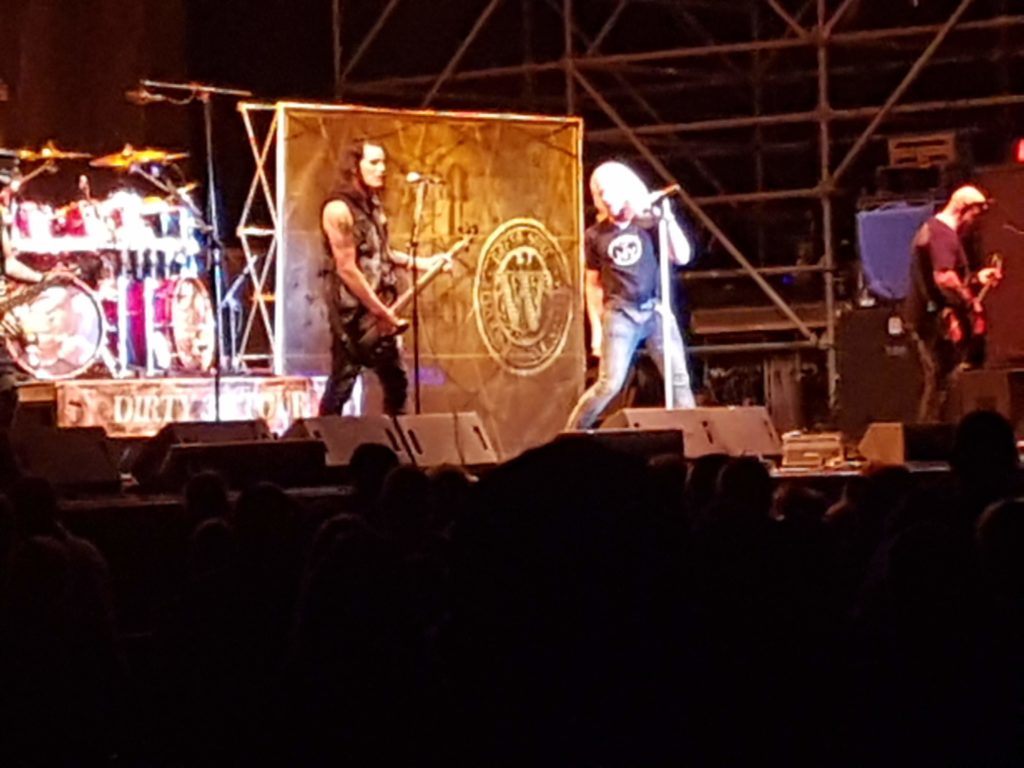 As the sun began to set, Warrant came in to light up the night. The Down Boys from California tore into the crowd, playing all their rocking hits and ballads from their platinum selling albums D.R.F.S.R. and Cherry Pie. Front man Robert Mason has cemented himself as Warrant’s lead singer since the unfortunate passing of Jani Lane and he also sung the title song of their 2017 album “Louder, Harder, Faster” which had the crowd singing aloud. He performed with an energy and style that has epitomized Warrant since the days of the sunset strip and is part of why Warrant is still touring extensively.
Closing the evening were one of the creators of the 80’s hair rock bands sound, RATT. Party arena rock anthems were their trademark and lead singer Stephen Pearcy showed the crowd why by playing in a traditional 80’s sequined outfit, arousing cheers from the women in the crowd. Original member Juan Croucier led the band, consisting of new members Jordan Ziff, Chris Sanders and Pete Holmes as the group performed classic RATT choreographed performances complete with twirls and leg kicks. The set concluded, naturally, with their biggest hit, Round and Round which had the crowd dancing until the end of the show. Pearcy thanked everyone for the party RATT has enjoyed over the years and here is hoping there are a few more parties to come.