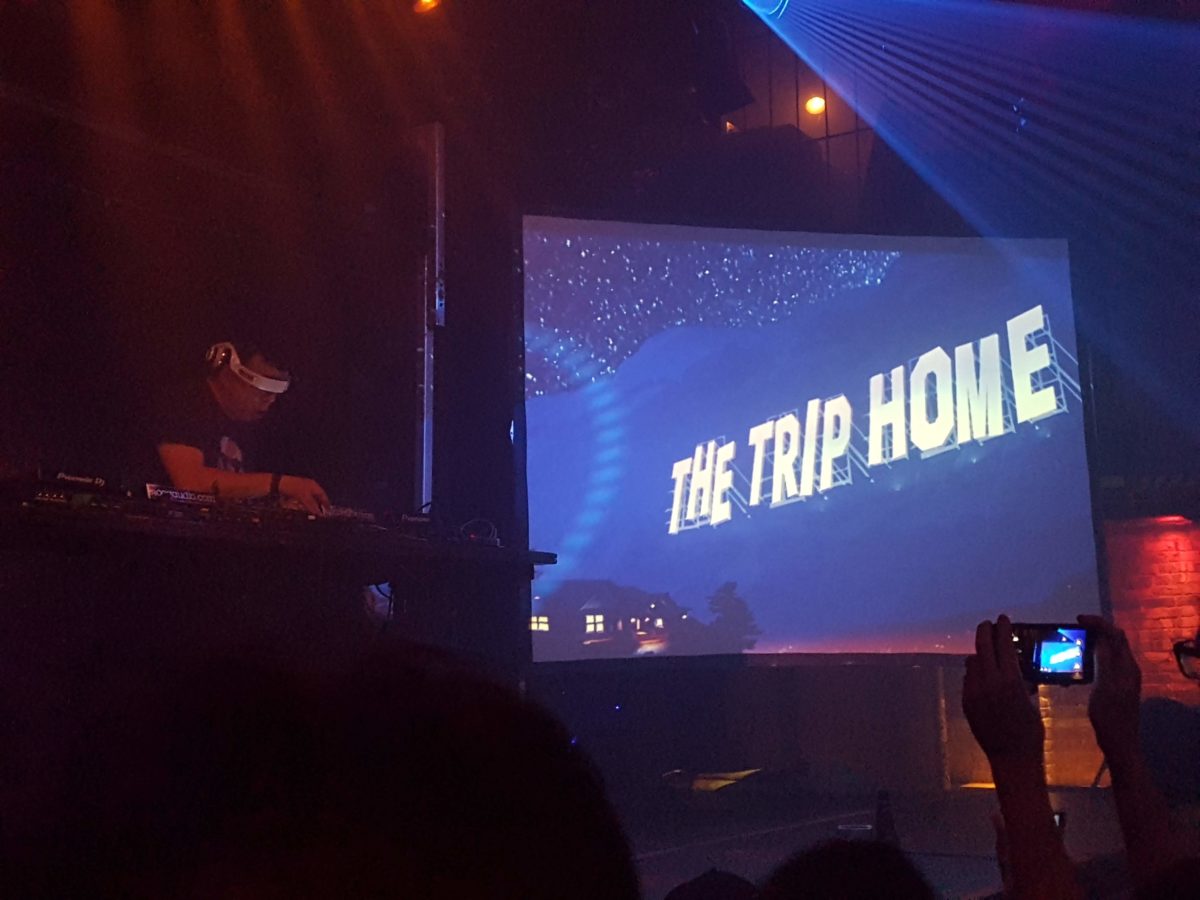 Montreal ,Canada -As this decade ends, we can begin to reminisce about the special things in the 2010’s such as fidget spinners, Farmville and cornrows. And as the 2020’s roll in, we can prepare for 2000’s nostalgia fazes. But that decade hasn’t started yet and as we are still in 2019, there is still time for late 1990’s nostalgia and nothing says 1990’s such as electro beat music. So more than 20 years later, THE CRYSTAL METHOD is still playing and lighting up the club.

Playing to a multi-generational crowd at the Foufounes Electriques in Montreal, Kirkland clearly had experience in playing to his audience. He performed a 2-hour set starting at midnight as the crowd started to enter the venue at 11:30 in the evening. Kirkland, a well-known Star Wars fan, in a tight black T-shirt with a storm trooper pic and what looked like white sunglasses worn backwards but was actually his headphones draped over his eyes. He mixed songs on several turntables and with lots of electronic and Crystal Method favorites such as “Name of the Game” “Busy Child,” “High Roller,” “Trip Like I Do”– and 20th century hits including Clash’s “Should I stay or should I go”, Beastie Boys “Intergalactic” and “No Sleep ‘til Brooklyn”, The Doors “Roadhouse Blues” and The Cars “You’re all that I got tonight”.

Kirkland remained animated throughout his set, turning knobs with gusto, using lots of hand gestures, and playing air guitar and air drums. Kirkland was there to perform and maintained a live energy level few performers can achieve. This was evident as he made his way into the crowd to sign autographs and pose for pictures with the audience. A true rarity nowadays.

So, as this decade ends, it’s good to know that the influences of it’s past is still going strong today and that twenty years later, some things have aged like fine wine.