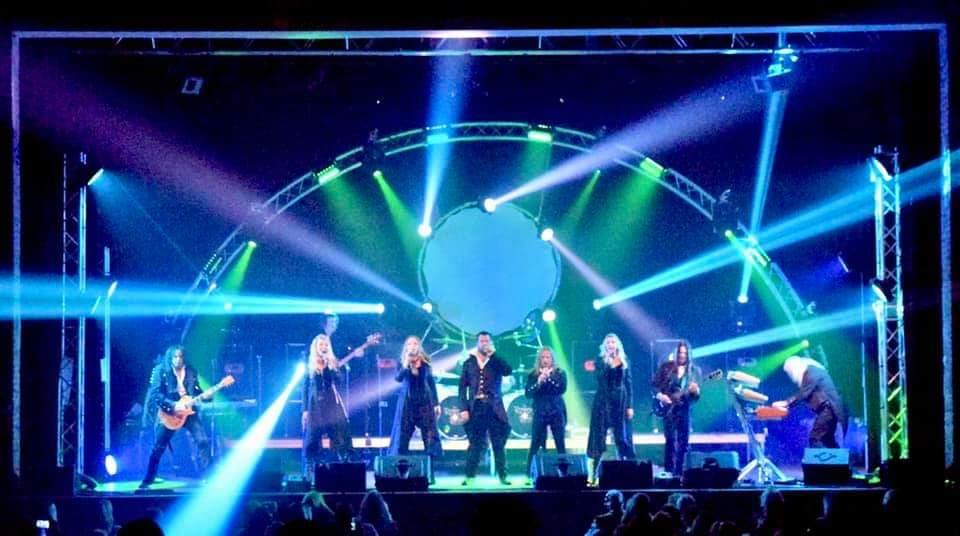 As the autumn leaves change color and fall to the ground, the weather becomes colder with the Halloween costumes put back into the closet, the preparation for winter and the holiday season begins. And so, the time begins for Christmas shopping as both online and retail stores brace for the annual gift giving season. Christmas music comes alive in malls, restaurants and radio. And with that, comes annual releases of holiday themed music by musical artists.

Less of a band and more of a musical performance, THE WIZARDS OF WINTER are an annual progressive rock holiday tour founded in 2009 by Scott Kelly, Sharon Kelly and Steve Ratchen as a way to give back to the local community (see THE WIZARDS OF WINTER pages for scheduling and ticket info). In 2019, they have grown to consist of multi-musicians with a range of musical backgrounds such as former members of Trans-Siberian Orchestra, Rainbow, Blue Oyster Cult, Ted Nugent, The Irish Tenors, lead vocalist and auxiliary keyboardist Alexis Smith, and last but not least, lead guitarist Steve Brown. They have also released their third album, THE CHRISTMAS DREAM, which contains 10 new original songs.

THE CHRISTMAS DREAM is essentially a creation of, well, traditional Christmas songs. But it isn’t necessarily an album but more of a soundtrack to an artistic performance. Containing original written and composed Christmas songs set to a range of musical compositions and pieces, THE CHRISTMAS DREAM contains a mix of contemporary to progressive rock music. Sharon Kelly’s vocal performance is similar to other traditional musical song performances and stands out in songs featuring her vocals like “Gonna Snow” with Kornelia Rad leading the accompanying string section. On the male side of things, Vincent Jiovino had more “traditional” Bing Crosby-like vocals and led songs such as “A Toast to Time”. Karl Scully, another vocalist, also contributed to songs such as “In Plain Sight”. “Christmas Dream” was a musical reworking of Salzburg Chamber Orchestra reworkings of Mozart. Other songs like “Four Kings” were reworkings of traditional Christmas stories.