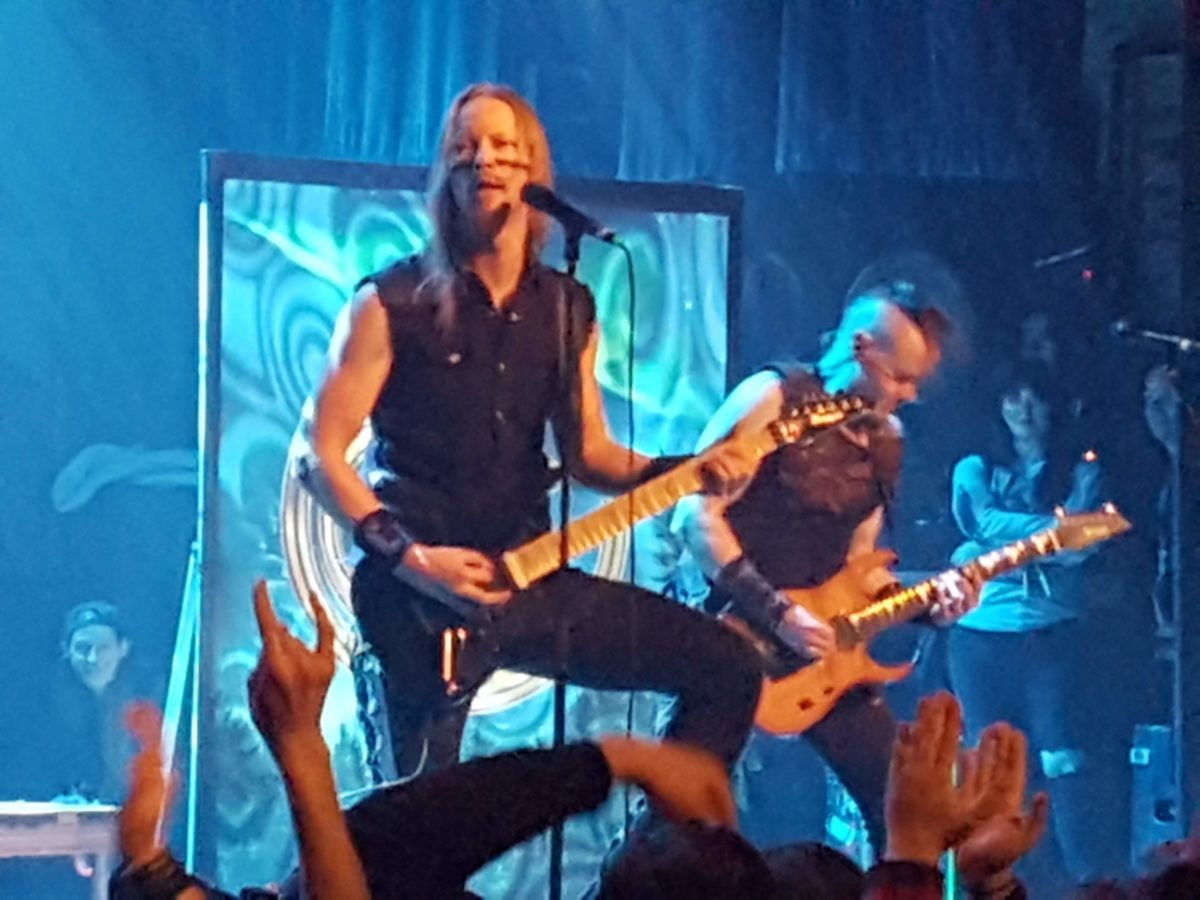 A number of heavy metal genres have developed since the emergence of heavy metal during the late 1960s and early 1970s. Some genres overlap or are difficult to distinguish, but they can be identified by a number of traits such as drumming, tempo, song structure, vocal style and instrumentation. And that is what Montreal received on November 27, 2019 as Finnish folk metal legends Ensiferum came to tour with supporting acts Kalmah and Abigail Williams for a four-hour mixed evening of European and American heavy metal.

It has been well documented that Heavy Metal fans are a very dedicated and passionate bunch and the energy was raw as Ensiferum opened their headlining set. First founded in 1995, they are a Finnish folk band with 7 albums released. Through many personnel changes, they have continued to play and record music based on Nordic concepts and stories. Opening with riffs off of “Ad Victoriam”, lead singer markus Toivenen cranked the riffs for “Blood is the Price of Glory” and then through gas on a hot crowd with “One More Magic Potion”. “Token of Time”, “From Afar” and “Smoking Ruins”. Taking a break to salute a crowd chanting Ensiferum, guitarist Petri Loondis started “Two of Spades” with “Heathen Horde” next. Still chanting Ensiferum, the crowd jumped to “For those about to Fight for Metal”. Toivenen quieted down the crowd for a tribute to fallen warriors over the world before “Way of the Warrior” played. “Burning Leaves”, “In My Sword I Trust”, “Ahti” and “Victory Song” closed the set with “Hero in a Dream” and “Lai lai Hai” playing out an encore that finished right at midnight. 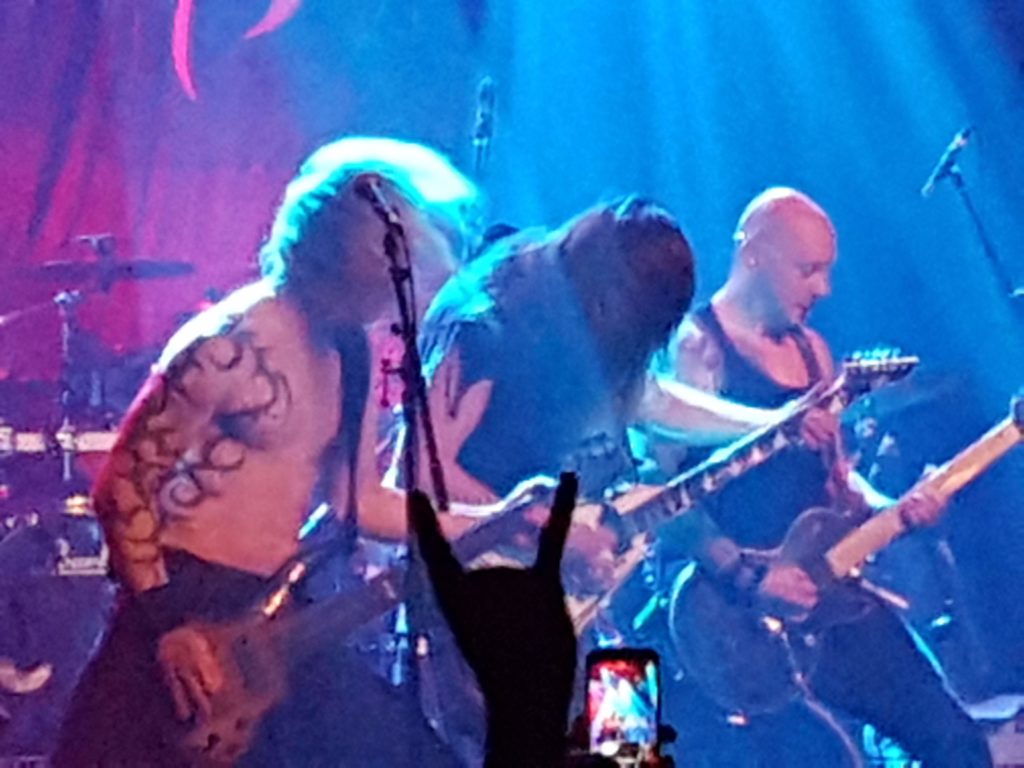 Supporting act Kalmah could have been mistaken for the headlining band with the reaction they received. Playing what amounted to almost an hour-long set, they played their songs from their 8 album history since 1998. Opening with “Swamphell”, the crowd was pumped. “The Evil Kin” and “Moon of the Knights” followed suit. Pausing to give a quick background of the band, lead singer Pekka Kokko clearly didn’t understand that Kalmah needed no introduction here in Montreal. Appreciating the roars of support, he kicked into “They Will Return” before playing the single (and title) of their latest album “Seventh Swamphony”. “Heroes to Us, “The Third, the Magical” and the “Black Waltz” followed before Kokko had to remind the audience that they were the “supporting” act. They crowd roared as Kalmah played their last song of the evening, “Hades” and they chanted for more. 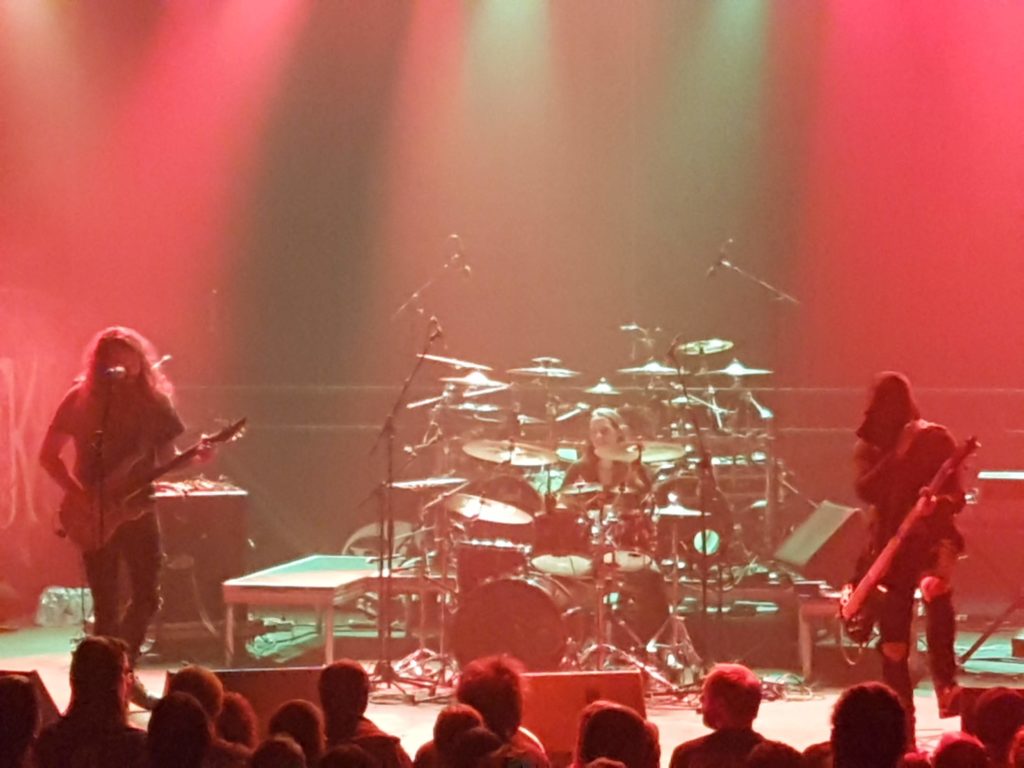 Opening the evening was “Abigail Williams”, a black metal band from Olympia, WA founded by Ken Sorceron. Fresh off the release of their fourth album “Walk Beyond the Dark”, they played a memorable and entrancing performance filled with rapturous bursts of string accompaniments with melancholic tones of shadow and despair. Powerful guitars by Bryon O’Sullivan shifted between slithering rhythms, contemplative grooves and all-out assaults of pure metal riffs. Playing through an eight song playlist, Sorceron proved that he is the heart, soul and mind of Abigail Williams. 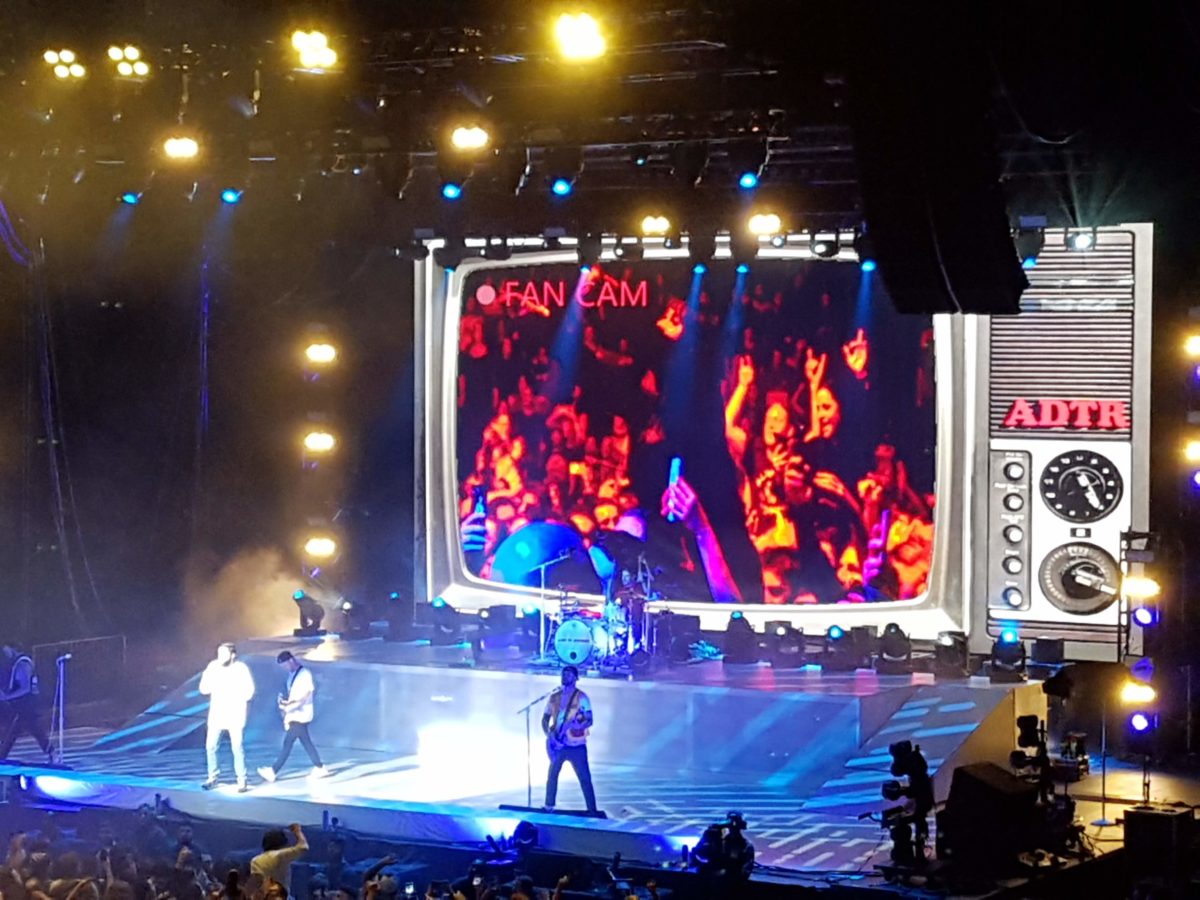 It’s always fun to watch a long-term successful band play during their prime years. So pop-metalcore band A Day to Remember (ADTR) brought their Degenerates tour to Place Bell in Montreal on November 5, 2019. Also featuring I Prevail, Beartooth and Can’t Swim, the evening promised to be a long evening filled with chart topping rock hits and It did not disappoint.
But bands can’t do it alone if the audience doesn’t bring in the energy. The modest crowd were clearly true metalcore fans as the floor area of the show clearly came to mosh – a trademark staple for this genre of music and something ADTR has built their name on throughout their careers.
As headliners go, ADTR have been around since 2003 and have paid their dues. Their 90 minute setlist played the hits (with some notable omissions) but with the upcoming release of their seventh album, You’re Welcome, ADTR had a large catalogue of songs to fit in and did not waste any time opening with “The Downfall of us All” and then immediately breaking into “All I Want”. With the mosh pit kicking into gear, ADTR played “Mr. Highway”, “Paranoia and Sticks and Stones”. Lead singer Jeremy McKinnon then encouraged the crowd to surf the crowd surfer, where someone stands on another crowd surfer and surfs them like a surfboard. Following an immediate “safety” warning, people proceeded to surf the crowd surfer to some funny live footage shots on the background screen.
“Better off this way” kicked off next to “Right Back at it Again”. ADTR gave the audience a foreshadow of their upcoming album by playing their first single off the album, “Degenerates”. “Bullfight”, “Sometimes You’re the Hammer” and then the tempo slowed through to “End of Me” until McKinnon encouraged the crowd the thrash to old-school metal and then “2nd sucks” cranked out closing with “I’m Made of Wax”. Encores included an acoustic of “If it Means a Lot to You”, “All signs Point to Lauderdale”, and “The Plot to Bomb the Panhandle”. 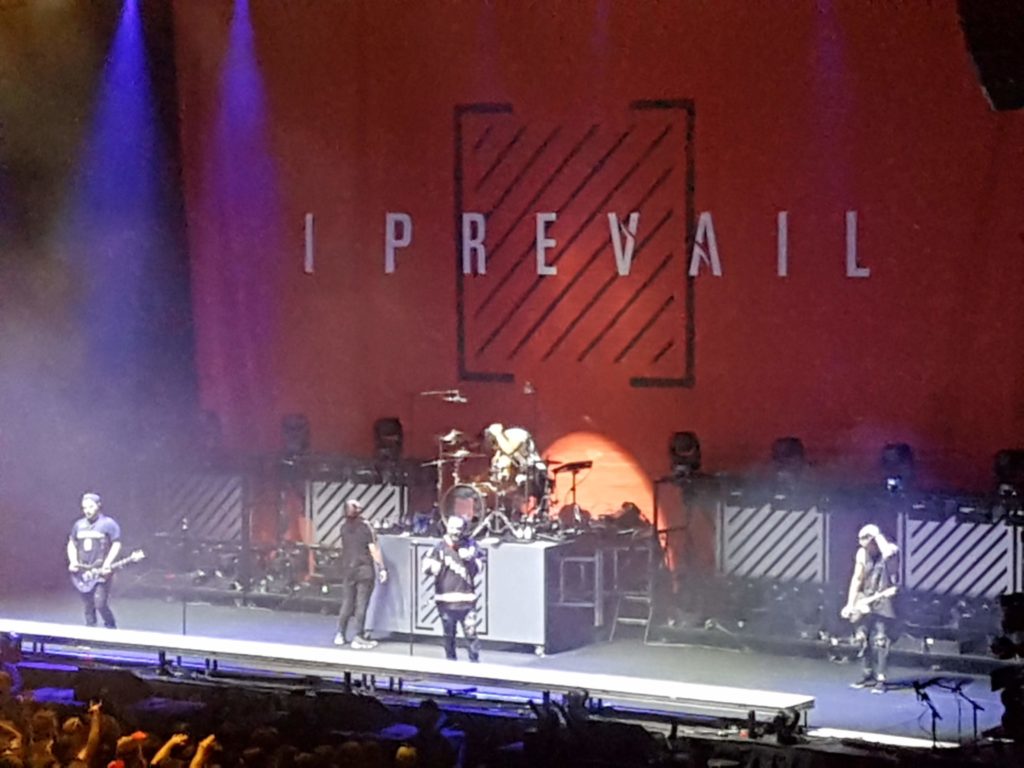 Not to be missed out, and hardly an opening act, I Prevail set the tone with a metalcore performance of their own. Fresh off the success of their second album Trauma, singers Brian Burkheiser and Eric Vanlerberghe needed little effort to pump up the crowd who were chanting “I Prevail” many times in between songs. Playing mostly songs off of Trauma, they also mixed in “Scars” and “Come and Get it” from their debut album Lifelines. The reaction they received from the crowd and the energy in the mosh pit was equal to what ADTR received. They will certainly be playing again in Montreal.
Beartooth is a band from Michigan who have just released their third album, Disease. Their sound is described as a mix of metalcore with nu metal. Can’t Swim opened the evening. They are from New Jersey and released an album titled This Too Won’t Pass, on November 16, 2018 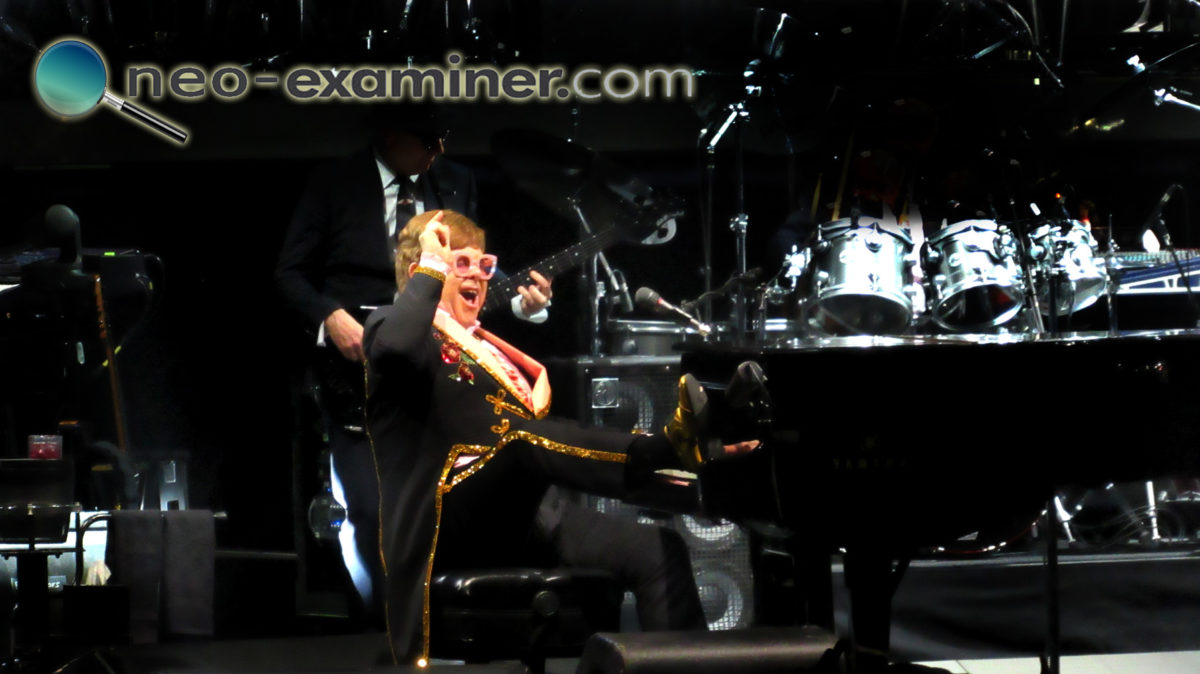 Cleveland, Ohio- A winter storm blew into the north coast but that in no way was  going to deter they sold out audience at Cleveland’s Rocket Mortgage Field House from tonight’s concert  .This being the final and farewell tour for Elton John this was a night that very few will ever forget . The popular singer is still riding high from this years biopic ” Rocketman ” of his life and this is the second leg of his tour and his last stop in Cleveland and the sold out crowd could not have been more thrilled . 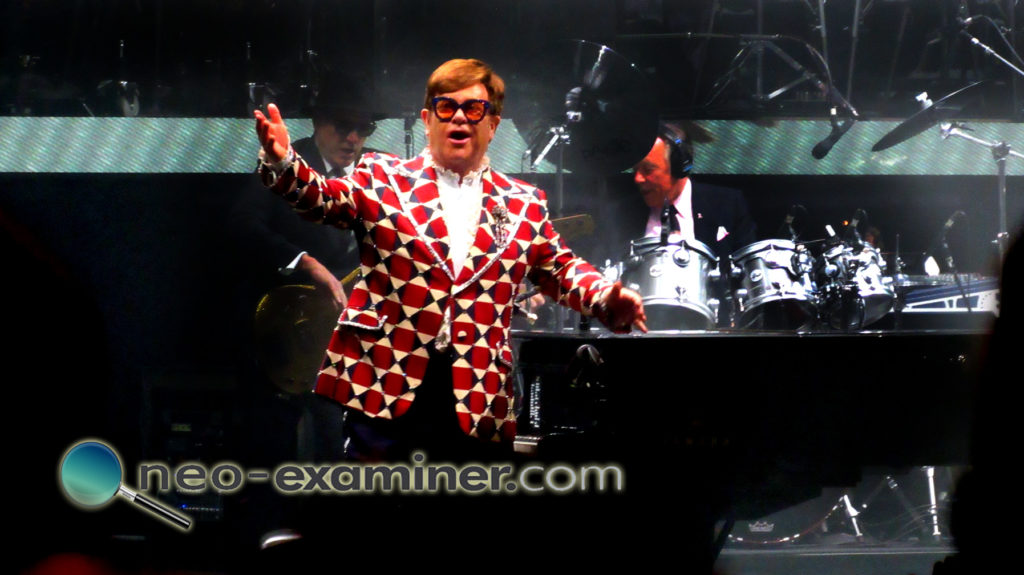 The night started off with Bennie and the Jets and continued for close to three hours . The iconic line from the Spinal Tap film  ” Hello Cleveland ” was of course produced but from Elton it really seamed genuine . Some of my favorite songs were ” Tiny Dancer ” , ” Daniel ” which brought a tear to my eye and of course ” Candle in the Wind ” for which made many a fan cry . 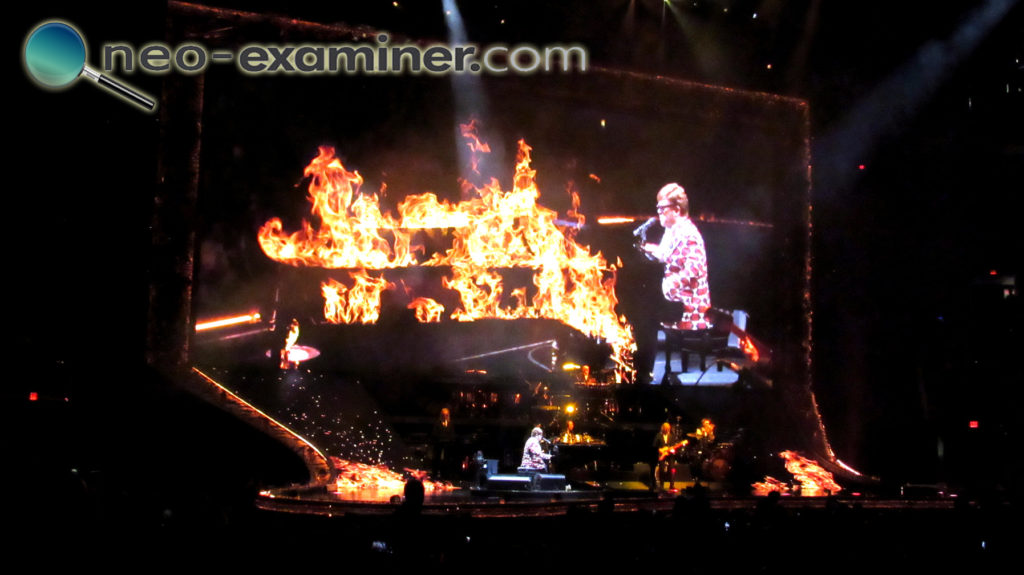 Elton’s band were top notch musicians as well , each a skilled artist in their own right . I can understand why Elton will be retired from the road , he honestly moved a little stiff on stage but damn he is 72 and he moves better then I do so he deserves a whole lot of slack . He still rocked for almost three hours . 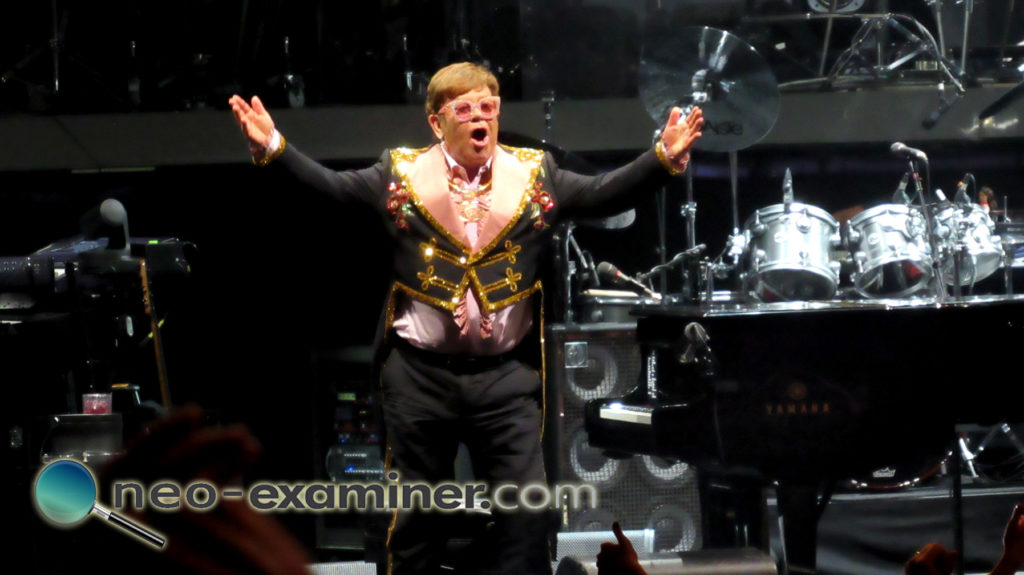 If you are anywhere that he will be performing  on this final leg , run don’t walk and get a ticket you will want to say you say him when he was still on top of his game and ladies and gentleman , he commands the game . 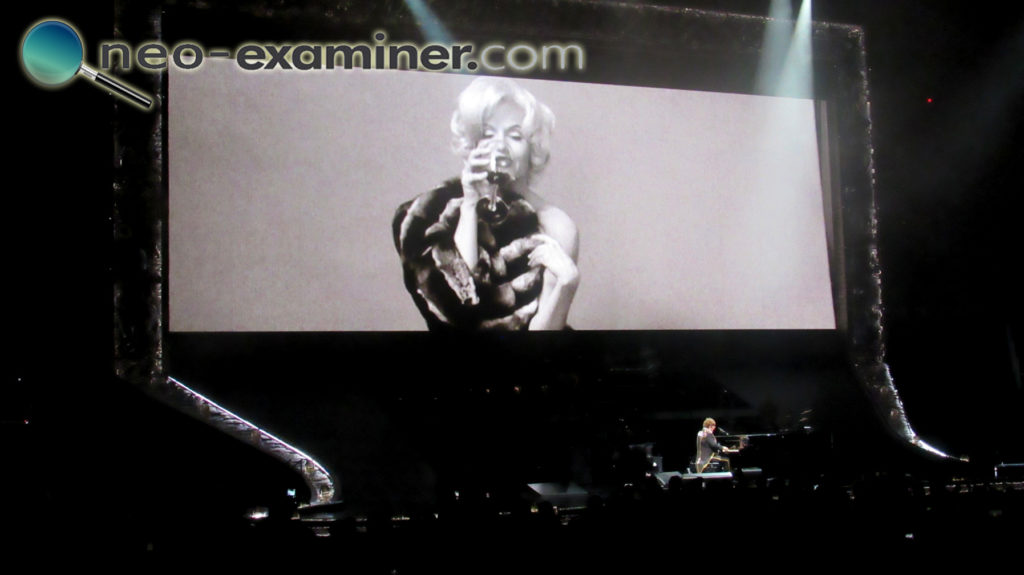 I can honestly say I was very glad to be part of this final tour and see him perform and as Elton says , love one another . 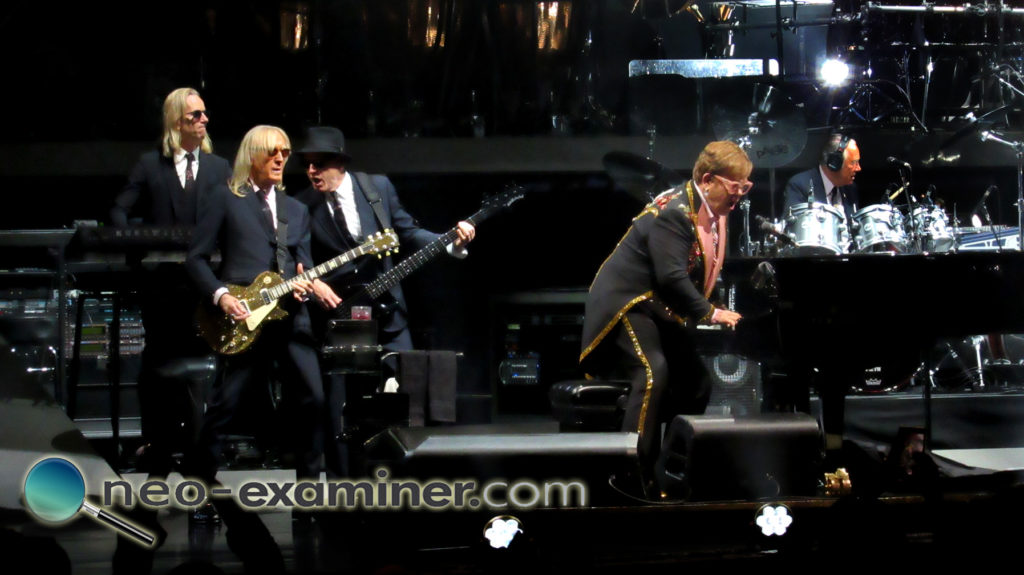 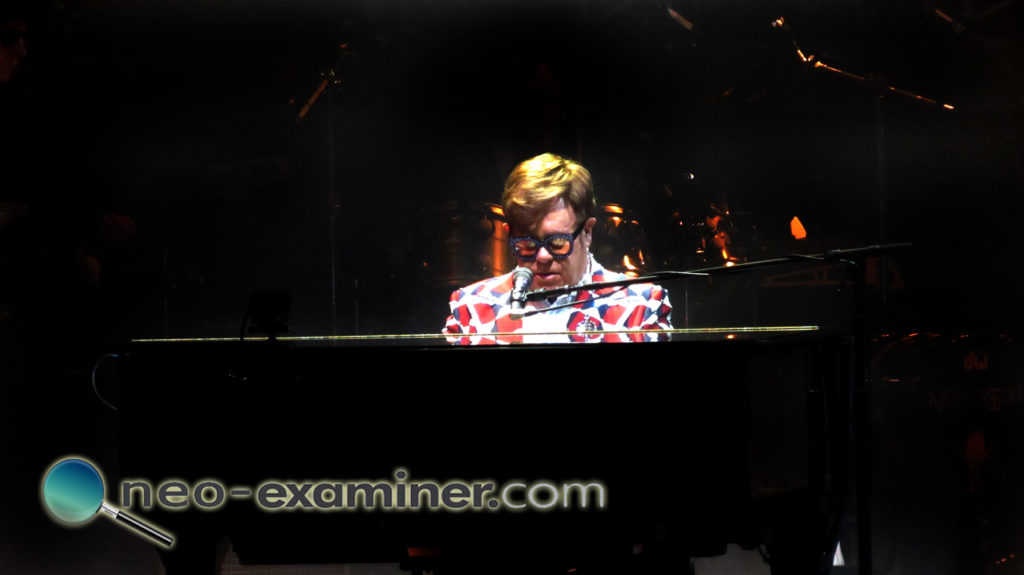 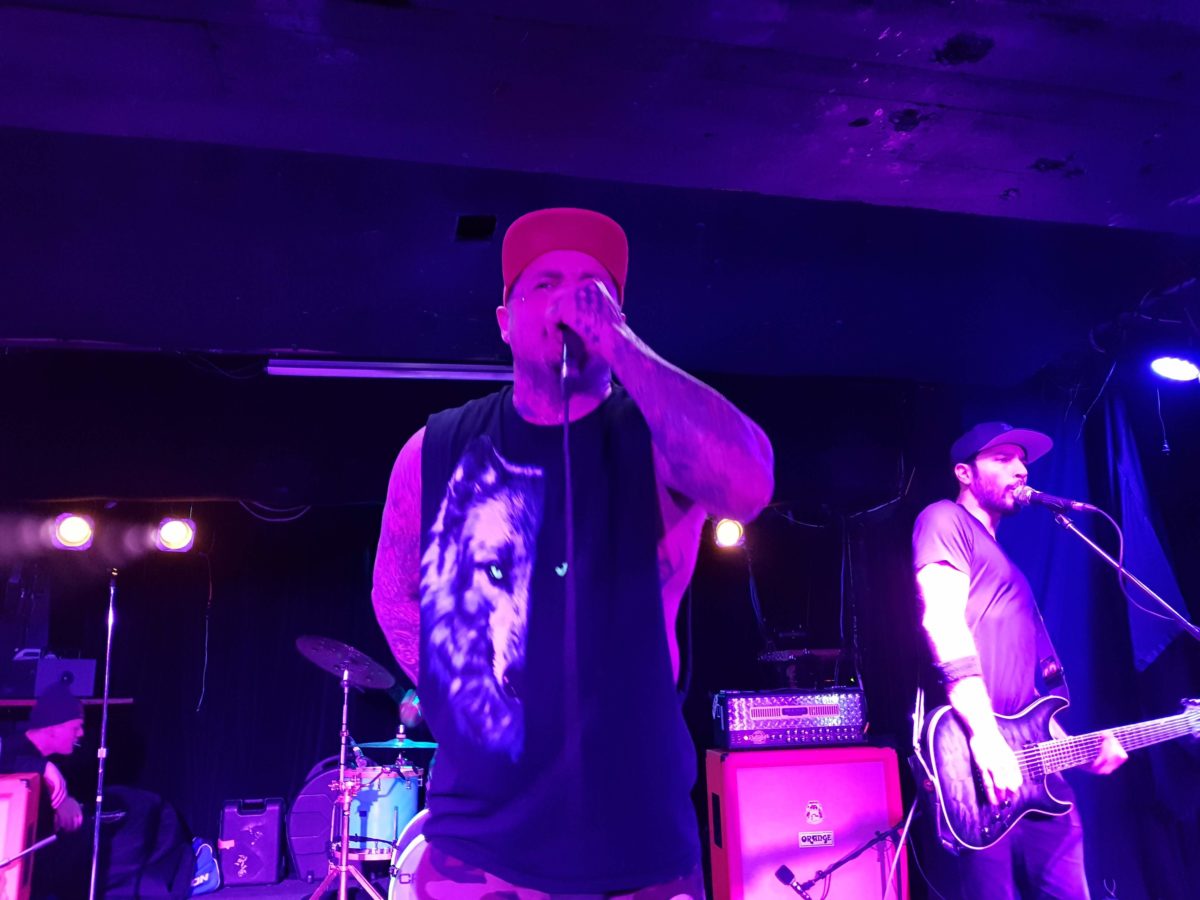 Throughout the history of music, there has been many examples of musical artists or performers who have had a successful song or album and, for whatever reasons, have not been able to duplicate their previous success. Sometimes, artists dubbed “one-hit wonders” in a particular country have had great success in other countries. Others break into other facets of industry such as production or management. And some, like CRAZYTOWN, continue to tour based on their prior success to small audiences, like the one in Montreal on November 3, 2019.

It’s not to say that CRAZYTOWN is bad, after all, their debut album THE GIFT OF GAME was a platinum seller based on the success of their #1 international single “Butterfly”. Their follow-up album, DARKHORSE in 2002 failed to achieve the same level of success, contributing to the band’s break-up in 2003. They reunited in 2015 to record BRIMSTONE SLUGGERS but separated again in 2017. Original member Shifty Shellshock rebranded the band into CRAZYTOWN X and continues to perform the bands hits.

And with only about 30 people in the audience, which included friends and the opening bands, Shifty with Roland Banks on drums and Elias Tannous on guitars with bass and mixes pre-recorded, they gave a high energy performance. A product of rap-metal from the early 2000’s, CRAZYTOWN X singles contained interesting experimental music as many of their songs contained different styles of mixes to go along with the popularity of the musical genre at the time. And Shifty performed admirably in that style, playing a random order of their songs from THE GIFT OF GAME and BRIMSTONE SLUGGERS. Their set opened with Black Cloud leading into Darkside, both from GIFT OF GAME before kicking it into Lemonface from BRIMSTONE SLUGGERS and then Lollipop Porn. Surprisingly, the played “Butterfly” next. Afterwards, they played (in no order) Megatron, Born to Raise hell and songs from DARKHORSE. They even played an encore, finishing the evening with “Revolving Door” and “Toxic”. Shifty then stayed for pictures and to chat with people. It was a very entertaining performance.

Opening for CRAZYTOWN X was a band Called BLACK OXYGEN from Kansas City. Formed by brothers David and Nick Lyle, they were a two-piece band whose style was reminiscent of Swirl 360 – a previous band form the late 90’s who had a “one-hit-wonder”. The band has released four Albums “The Times of Our Lives (Collection)”, “City Of Angels” EP, “Beating Time”, and “The American Dream”.