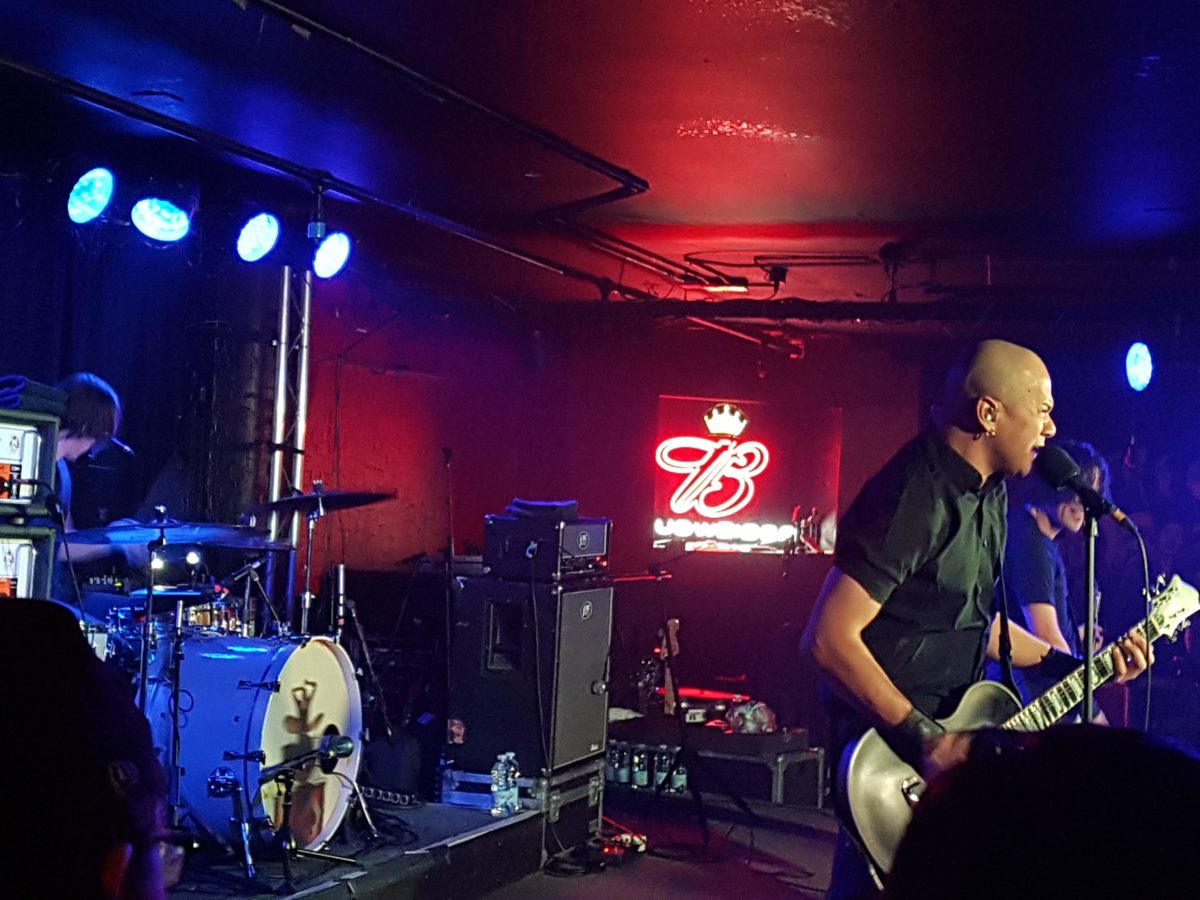 Canada has exported many bands into the international music scene over the decades with household names such as Bryan Adams, Celine Dion and Justin Bieber to name a few. In the punk rock genre, SUM 41 remains the most famous while others such as Danko Jones have been met with less international success. However, that doesn’t stop them from touring and fresh from their European tour opening for Volbeat, Danko Jones returned to their home province in Canada for a change of clothes and to play some “rock and roll shows”, as Danko himself put it. So on December 12, Danko Jones came to the Brass Monkey in Ottawa, Ontario to play on “a Thursday night when no one comes to a sold out rock and roll show” and to “fulfill his dream of playing next to a pet store”.
Consisting of Danko Jones (vocals/guitar), John ‘JC’ Calabrese (bass), and Rich Knox (drums), they have released 8 albums with numerous EP’s and a Live album since 2002. But it’s their energetic and humoristic shows that have made them famous here in Canada and Europe. With a large discography containing numerous singles thrown in with humoristic dialogue, energy is required to fill in a 90 minute setlist. So despite recovering from a cold so “phlegm ruins the notes but nobody cares cuz it’s a rock and roll show”, energetic is what can best describe a Danko Jones show.
And they crammed in all their hits such as “First Date”, “Lovercall” and “Do You Wanna Rock” to name a few. And the sold out crowd knew the songs as Danko Jones is a popular band locally with regular radio airplay. Newer songs included “I’m In a Band” from ROCK SUPREME and the song “Fists up High” from an upcoming album in the process of being recorded which was the big surprise of the evening. But it was the seamless interchange between dialogue with the audience and the music that made the 90 minutes an entertaining and memorable show, a more serious-comedy performance in the style of Steel Panther’s routine.
Double Experience was the opening band for the evening. They are a rock band based in Ottawa, Ontario that was formed in the summer of 2011. The band consists of vocalist and front man Ian Nichols and guitarist Brock Tinsley. They have released three albums with most of their success obtained in Europe, where they tour regularly.

I saw Danko Jones once a few years ago . He stated at the time he was the best Rockstar on the planet and that we as fans are lucky to be in his presence. I never planned on doing any coverage of this artist due to the off-putting nature of that performance and although I only stayed about five minutes into his set I was glad John was covering a current performance because I believe firmly in the freedoms we all have t0 like certain artists or to walk away  and listen to something else . Thanks John for your honest review .