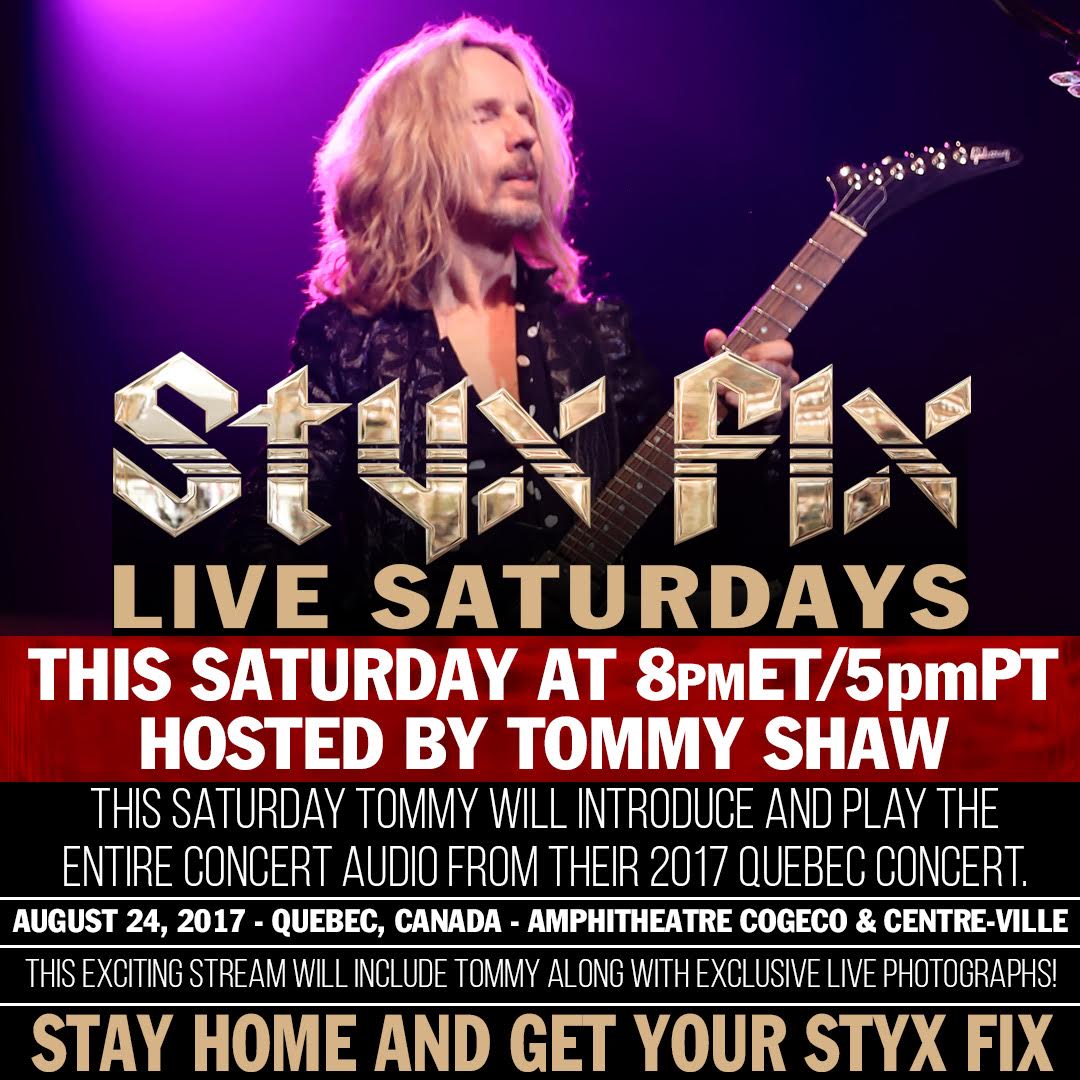 The Internet -The legendary rock group Styx delighted the internet this last Saturday by broadcasting on their youtube channel a show from 2017. The live audio was accompanied by still images from Styx staff photographer Jason Powell .The played a ton of their hits including a very nice selection from the current release ” The Mission ” . That is one of my favorite albulms and I suggest you get a copy. The song “Khedive” is one of my favorite piano driven tracks .

One of my favorite parts of the performance was Tommy Shaw’s introduction and seeing the images you normally don’t get to see of a band . Here is the link for those who missed it last weekend .We will be tuning in every week ourselves , because you never know what magic they have in their vaults .

This is by far the best explanation as to what is happening. Read it please..

Feeling confused as to why Coronavirus is a bigger deal than Seasonal flu? Here it is in a nutshell. I hope this helps. Feel free to share this to others who don’t understand…

It has to do with RNA sequencing…. I.e. genetics.

Seasonal flu is an “all human virus”. The DNA/RNA chains that make up the virus are recognized by the human immune system. This means that your body has some immunity to it before it comes around each year… you get immunity two ways…through exposure to a virus, or by getting a flu shot.

Novel viruses, come from animals…. the WHO tracks novel viruses in animals, (sometimes for years watching for mutations). Usually these viruses only transfer from animal to animal (pigs in the case of H1N1) (birds in the case of the Spanish flu). But once, one of these animal viruses mutates, and starts to transfer from animals to humans… then it’s a problem, Why? Because we have no natural or acquired immunity.. the RNA sequencing of the genes inside the virus isn’t human, and the human immune system doesn’t recognize it so, we can’t fight it off.

Now…. sometimes, the mutation only allows transfer from animal to human, for years it’s only transmission is from an infected animal to a human before it finally mutates so that it can now transfer human to human… once that happens..we have a new contagion phase. And depending on the fashion of this new mutation, thats what decides how contagious, or how deadly it’s gonna be..

H1N1 was deadly….but it did not mutate in a way that was as deadly as the Spanish flu. It’s RNA was slower to mutate and it attacked its host differently, too.

Now, here comes this Coronavirus… it existed in animals only, for nobody knows how long…but one day, at an animal market, in Wuhan China, in December 2019, it mutated and made the jump from animal to people. At first, only animals could give it to a person… But here is the scary part…. in just TWO WEEKS it mutated again and gained the ability to jump from human to human. Scientists call this quick ability, “slippery”

This Coronavirus, not being in any form a “human” virus (whereas we would all have some natural or acquired immunity). Took off like a rocket. And this was because, Humans have no known immunity…doctors have no known medicines for it.

And it just so happens that this particular mutated animal virus, changed itself in such a way the way that it causes great damage to human lungs..

That’s why Coronavirus is different from seasonal flu, or H1N1 or any other type of influenza…. this one is slippery AF. And it’s a lung eater…And, it’s already mutated AGAIN, so that we now have two strains to deal with, strain s, and strain L….which makes it twice as hard to develop a vaccine.

We really have no tools in our shed, with this. History has shown that fast and immediate closings of public places has helped in the past pandemics. Philadelphia and Baltimore were reluctant to close events in 1918 and they were the hardest hit in the US during the Spanish Flu.

Factoid: Henry VIII stayed in his room and allowed no one near him, till the Black Plague passed…. Just like us, he had no tools in his shed, except social isolation…

And let me end by saying….right now it’s hitting older folks harder… but this genome is so slippery…if it mutates again (and it will). Who is to say, what it will do next. 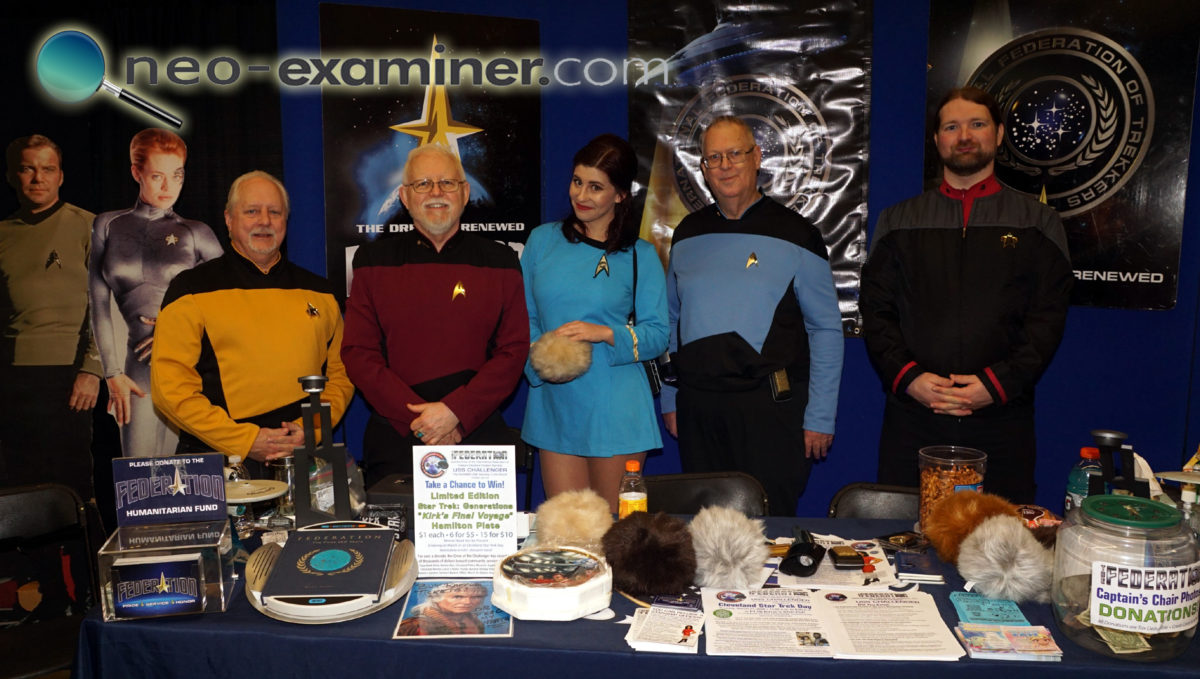 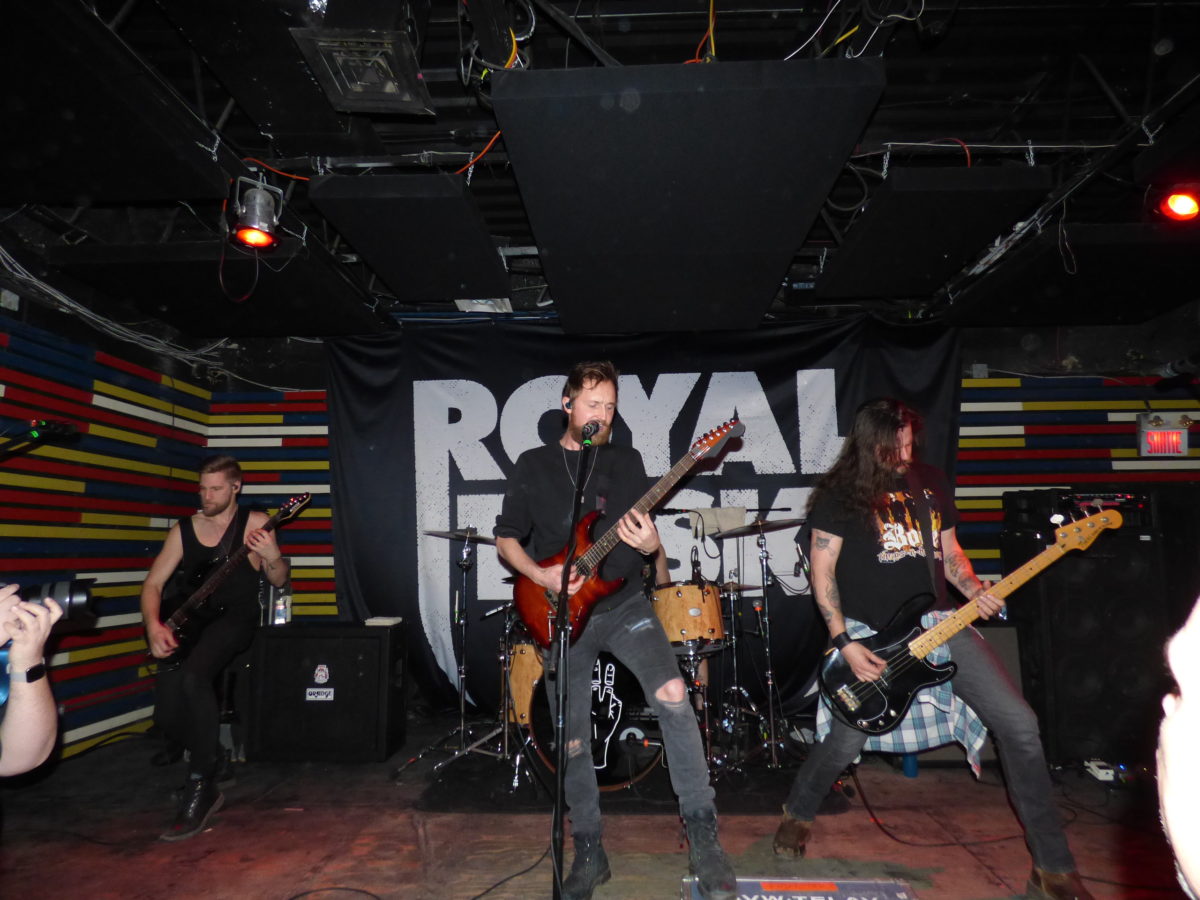 They say that if you put in ten thousand hours into something, you can consider yourself an expert. Therefore, after 2 years since their release of TUSK II by Edmonton, Alberta’s ROYAL TUSK, they have toured twice with POP Evil and across the USA. And with the start of the 2020, they are headlining their tour fresh at the start of the decade, Thunder on the Tundra, across Canada with a stop in Montreal. With all those hours, it must certainly add up to ten thousand, if not close too.
The Canadian quartet consisting of Daniel Carriere (Vocals, Guitar), Quinn Cyrankiewicz (Guitar), Sandy MacKinnon (Bass) and Calen Stuckel (Drums) have been together since 2013 and have been the original members of the band. And with 7 years experience under their belt, they played a professional and tight rock performance. With songs centered around garage guitar riffs by Cyrankiewicz, Carriere’s edgy and gruff vocals and rhythms by MacKinnon and Stuckel, what you get is a mix between 90’s grunge and modern arena rock with a dash of classic rock. Something familiar, yet something a bit new.
Opening with “Freedom”, the group played their second single “First Time” before Carriere took a breather to engage with the Montreal Crowd. And such is how the night went as their set continued throughout the evening. They played all their songs from TUSK II, closing with their latest single “Aftermath”, mixing in a cover of Nirvana’s “In Bloom” and Black Sabbath’s “War Pigs” along the way – Clearly indicative of the musical influences that made the ROYAL TUSK sound. And given the modest crowd in attendance, the band put in a full effort and spent time mingling with the crowd afterwards.
Opening for ROYAL TUSK was BRKN LOVE, another quartet from Toronto who have also toured in the USA last year with POP Evil and ROYAL TUSK. Fresh on the release a few weeks ago of their self-titled debut album, the band performed a similar sounding set to ROYAL TUSK. Led by lead singer and founder Justin Benlolo, he is young and has worked the L.A. and New York circuits. With scheduled appearances in several music festivals this summer of 2020, BRKN LOVE will be a name you may hear about in the near future.
Opening the evening was SIGHTS AND SOUNDS, also from Toronto. They played a more punk sound, similar to Social Distortion.