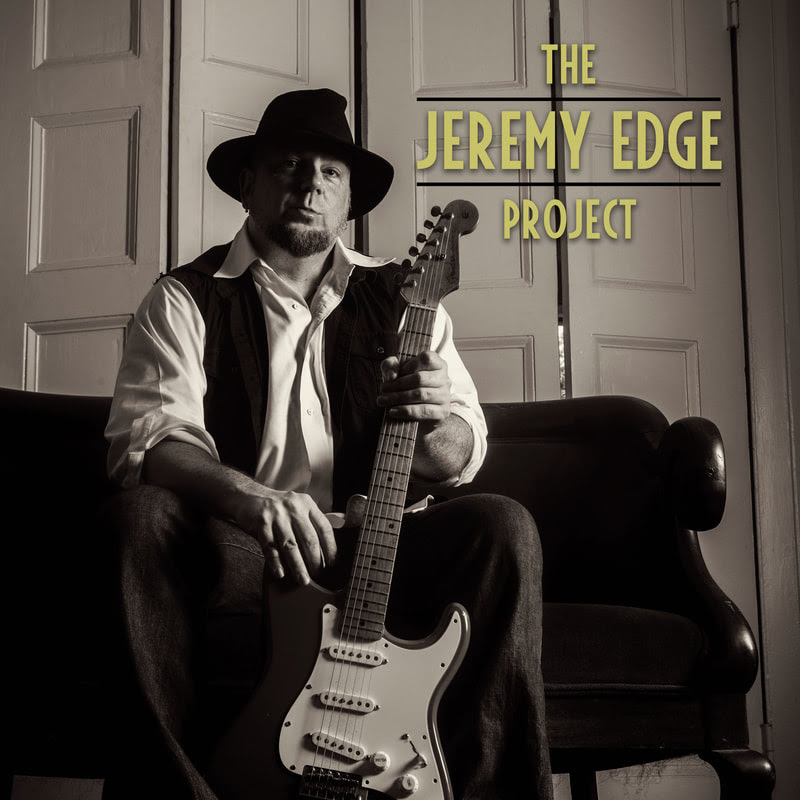 FORMER CANDLELIGHT RED GUITARIST TEAMS UP WITH DEKO ENTERTAINMENT AND  RELEASES DEBUT ALBUM “THE JEREMY EDGE PROJECT”, WITH GUESTS BRANDON YEAGLEY (CROBOT), JOSH SMITH AND BRETT HESTLA
Former Candlelight Red guitarist Jeremy Edge has just released his debut album through Deko Entertainment for his new project, the Jeremy Edge Project. It is available for streaming and download, as well as all major online outlets on both CD and Limited Edition Vinyl. Deko Entertainment president Bruce Pucciarello states this about Jeremy, “Smoothest axe and a complex rediscovery of the bluesy genre that serves as the foundation of all rock.  Jeremy is here to let us know how we are going to drive that car in 2020.  Top down, radio playing the perfect tune.  Crank it up baby…here he goes…”

After 4 top 50 Active Rock singles with CLR, he is breaking a long hiatus by releasing an album that is a departure stylistically with more blues based, guitar based rock. On the stylistic direction, Jeremy says, “I have for years wanted to do something that puts me back in touch with my early influences, growing up and learning guitar – SRV, Hendrix, Billy Gibbons, Blackmore, Iommi, Page etc. But I did not want to do a retro album per se. I wanted this to be a melting pot of influences”, and the critics are taking notice.

“An intro to Firedancer opens with an example of Edge’s innate ability to work around his fretboard with a blistering instrumental segue into Firedancer with a funky riff and soulful singing….The Jeremy edge project is a welcome introduction for this upcoming guitarist and his talented guests. It is a refreshing alternative with solid songwriting .”

In the coming weeks the track “Firedancer” will be debuted with a full length music video with Edge in the lead vocal position for the first time. Jeremy also enlisted the help of some fellow musicians for this project – Brandon Yeagley from Crobot and Brett Hestla from Dark New Day / Virgos Merlot both sing lead vocals on three tracks, legendary blues guitarist Josh Smith does dueling solos with Jeremy on the track “Lies”, and bassist John Delowery, drummer Dave Shaffer, and keyboardist Jeremy Baum on Hammond B3 organ round out the instrumentation.

The album features 9 tracks – varying from bluesy and soulful ballads to in your face rock grooves with blazing guitar. This album was recorded and mixed by Grammy nominated engineer Mike Feretti (Sevendust, Hell Yeah!, etc…) in Ringwood, NJ – who has also worked with Jeremy in the past with Candlelight Red.

There are limited edition bundles (while supplies last), which can be ordered via: https://tinyurl.com/y6x6ut45

“Lies” was the first track released from the debut “Jeremy Edge Project” in June, and the lyric video can be seen here:  https://youtu.be/R-u04w7PiBY

“I wanted to do a heavy, slow blues in the vein of “Tea for One” by Zeppelin. Not exactly like that but a similar vibe to it. I wanted it to have the extended, bar room, blues jam type of feel and capture that on record. This song needed 2 guitars to do that!”.

For this track vocal duties were served up by vocalist Brandon Yeagley and additional guitars by blues guitarist master Josh Smith. While Brandon delivers a dynamic vocal performance, Edge and Smith trade leads. Smith, opens the song with a hook on the Telecaster and sets up the ending dueling jam at the end of the song. Edge providing contrast with the Les Paul and wah wah to Smith’s signature tone.