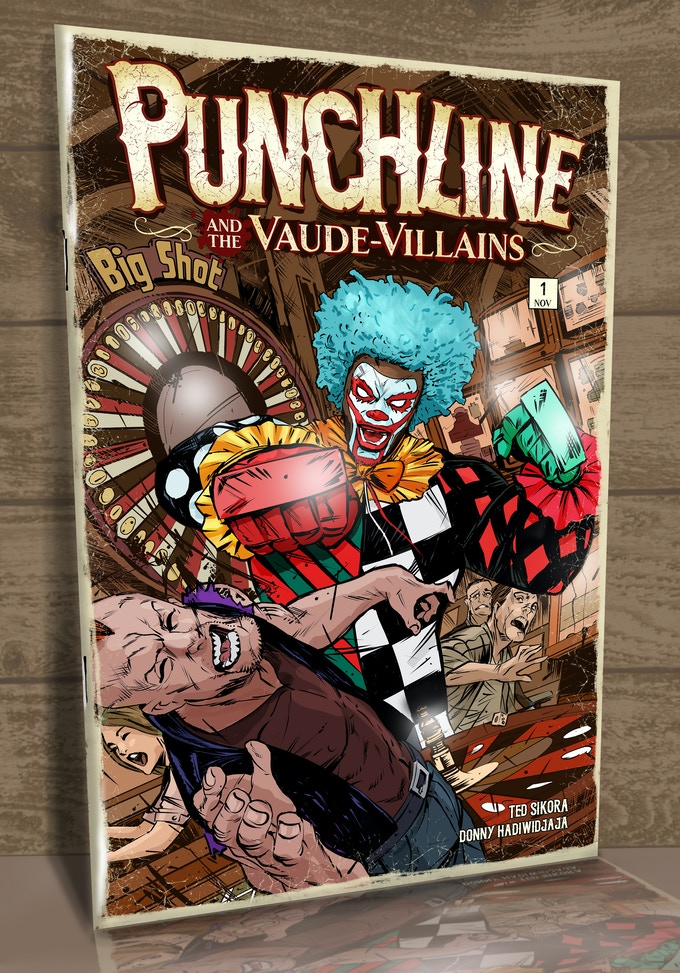 Cleveland , Ohio – The man behind the magic Ted Sikora is at it again this time with a new project and campaign .

A heavyweight boxer turned super-powered, clown-assassin steps into the ring to fight for his very soul!

Drayton Hayes was a heavyweight boxer who was a number one contender for the belt when his career was abruptly sabotaged. He hit skid row, but was starting to make a comeback when he was kidnapped by a bizarre troupe of scoundrels calling themselves the Vaude-Villains. The mysterious mobsters convinced Drayton to join them, and he underwent a transformation which turned him into a super-powered murderous clown named Punchline!  The character was an instant fan-favorite after his debut in issue #1 of Tap Dance Killer (April of 2018.)

Punchline is about to meet the main superhero from our universe, Apama, for the ultimate throwdown. Then we’re introducing a new nemesis from beyond the grave that will dual Punchline to the death for his very soul.

Punchline and the Vaude-Villains is a series that turns on a dime from horror to comedy, and from the super-heroic to the dark and supernatural. No knowledge of previous stories is required to enjoy this series. (Although… there are rewards that bundle all of our previous stories.)

To learn more about it and to be part of comic history check out the official link.https://www.kickstarter.com/projects/herotomorrow/punchline-and-the-vaude-villains-issue-1