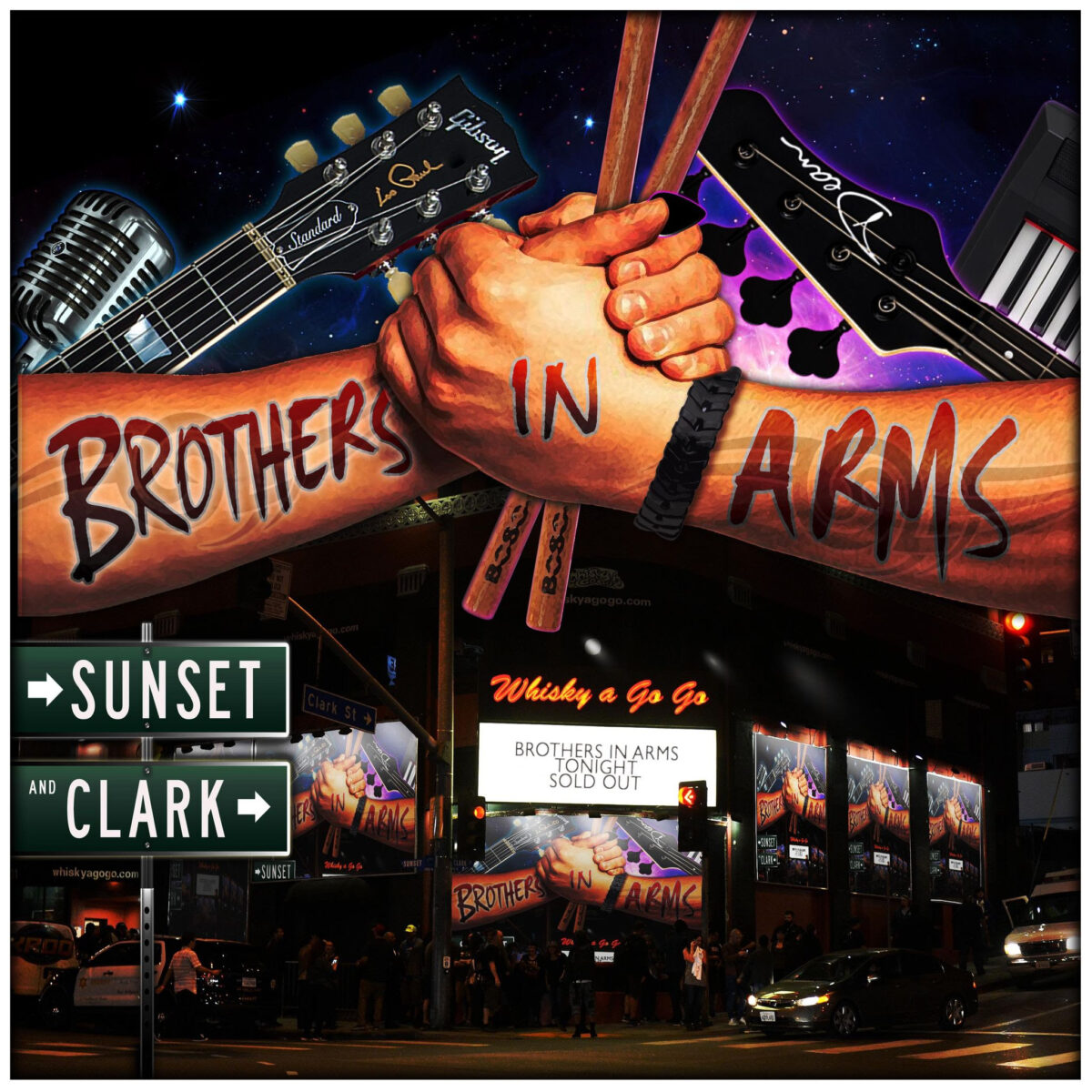 Brothers In Arms is the brainchild of guitarist/composer Jack Frost (Savatage, Seven Witches, Lizzy Borden, etc…), who along with several recruited iconic rock brothers, has made it his mission to prove rock music will never die. The guys unified to take a stand against the doubters and cynics who have claimed that it’s simply not possible to resurrect this celebrated music in which so many lasting and fond memories were built around. Banding together, Jack & the Brothers forged ahead with one main goal: To make quality music that would both represent and immortalize the days of the sold-out legendary rock venues, to show the world that rock is not just a thing of the past.

Their second single and video for “Bitch Is Crazy” is out on now and features Jack along with vocalist Keith St John (Montrose, Kingdome Come, Burning Rain), drummer Karl Wilcox (Diamond Head), and bassist Alex Jansen (Hardline). Keith had this to say about his involvement, “Me and Jack Frost share a common affinity for the late, great Ronnie Montrose, and I think thats how we started talking a few years back. In like half a second, I knew that he was a straight up NY/NJ guy, so we got along (as if we were kindred bro’s) immediately.

Jack sent a me a few tracks to try out, to contribute to an upcoming record he was working on, & when I heard the one that’s now “Bitch”, I knew it was a chaotic oddball, but it had such the outstanding presence of being a live band in a room. So I called Jack and said, ‘Can ya leave everything just as it is? Like with no quantization & no fixes of any sort?…like leave it raw?’ Well, Jack was already WAY on that same page, and I knew I would be happy. I also knew I had my work cut out for me, having to drop a strong hook into this loco little oddball!
‘Brothers’ is what Jack has made it feel like all the way through…but I think that’s just Jack, for real! Other fine musician ‘brothers’ of mine that played with me on this record are Mick Mahan (Pat Benatar), who spent a few years in Montrose with Ronnie & me back in the day, and Dave Amato (REO Speedwagon), who plays in the Ronnie Montrose Remembered (RMR) festivals with me. Dave & I have also performed in some live streams together such as with Monsters of Rock, in both KSJ & Friends & Stairway to Zeppelin. My singing brothers from another mother lol, who I’m ecstatic to hang on the same record with, yet had no idea about when I was fashioning my tracks, are Andrew Freeman and Paul Shortino, who both have killed at the RMR Festivals. Both are also Rock Vault vets, who have really helped me whenever I went out to do that show with them. For me, there couldn’t have been a better title for this record.”

You can pre-order the album now and there are limited edition bundles available (while supplies last), which can be ordered via: https://bit.ly/3jDgH36