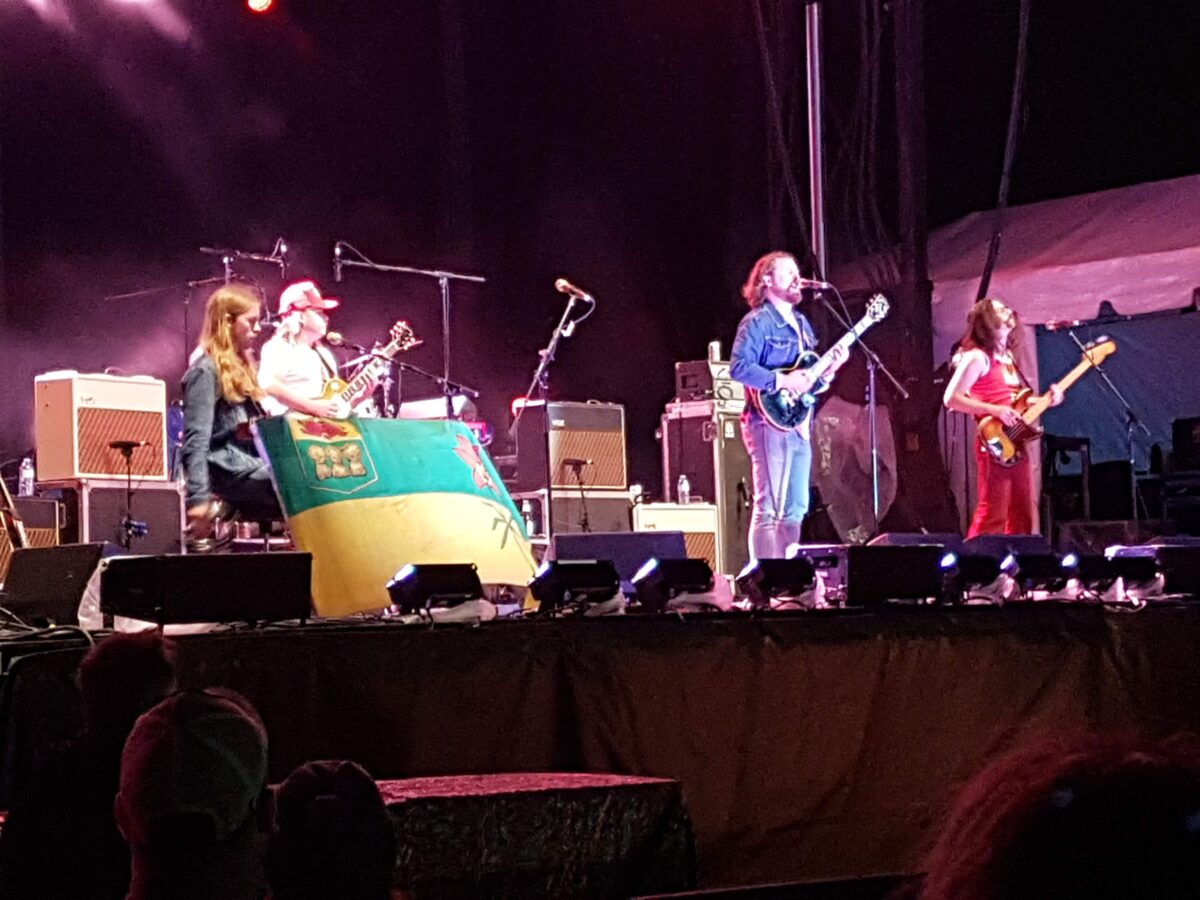 It has been a difficult 18 months for the music and entertainment industry, especially in Canada with travel restrictions still in effect, but the light at the end of the tunnel has arrived as live music has returned with the sold-out 4th annual Rock the Hub music festival in Truro, Nova Scotia, Canada this past September 10-12, 2021. Featuring an array of Canadian-only headlining bands due to travel restrictions, Rock the Hub brought back the sense of community that festivals and live music can bring that has been missing far too long.

Although the larger bands may have taken a hit during the lockdown, it’s also the start-up and unsigned bands that got hurt the most so opening acts like Skye Wallace and the Blue Stones on Friday were really excited to play. They were the first live bands to play a festival in Eastern Canada in almost 18 months!

The Sheepdogs from Saskatoon, Saskatchewan and The Sam Roberts Band from Montreal, Quebec were the headlining acts that evening with each of them bringing an excitement and energy to their shows because, once again, it’s been a long time since they have played live. And it was a long time since crowds got to see live music so it didn’t take much for closing act Sam Roberts to get the crowd going to sing along on all his hits. 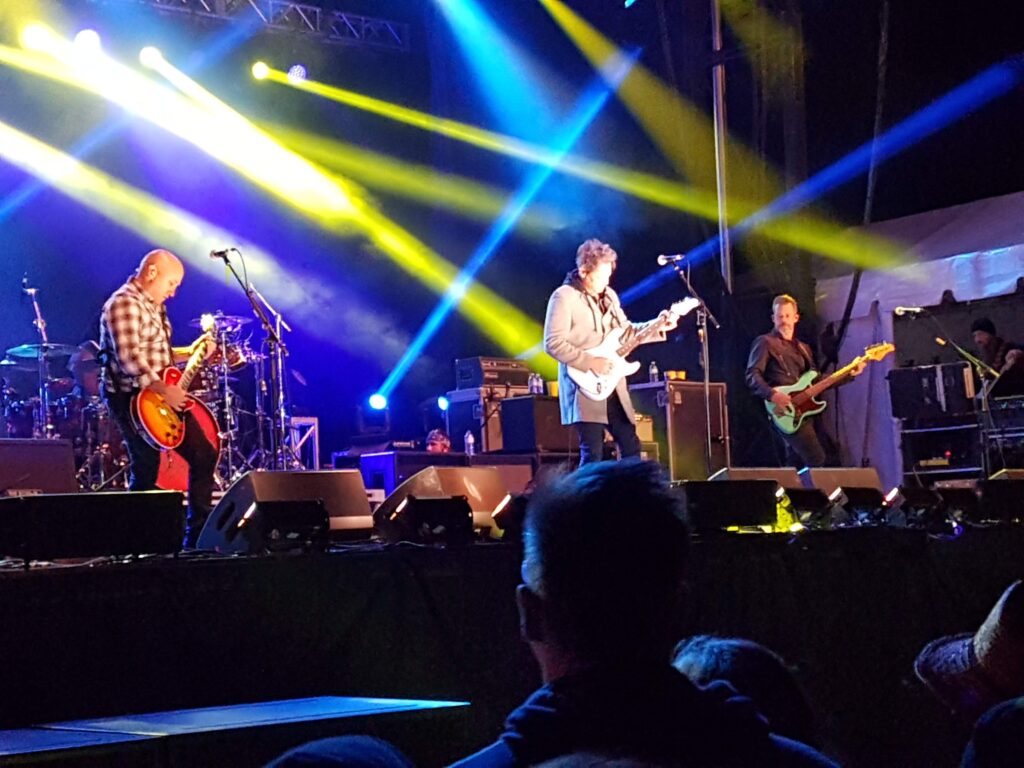 The second night of Rock the Hub promised to be the big one and delivered. Starting with Motorleague, a rock band from Moncton, NB, with a huge local following, started the evening and brought in an early crowd. The Standstills, a duo from Oshawa, Ontario followed next with a sound similar to Royal Blood. This all set up for the headlining trio of Monster Truck, Big Wreck and Our Lady Peace – three legendary Canadian bands with international success. They played all their hits and as well as new songs “Ought to be” by Big Wreck and “Stop making stupid people famous” by Our Lady Peace. The standout moment of the evening was Our Lady Peace’s cover of Tragically Hip’s “Ballad of a Poet” in tribute to the late Gord Downey. 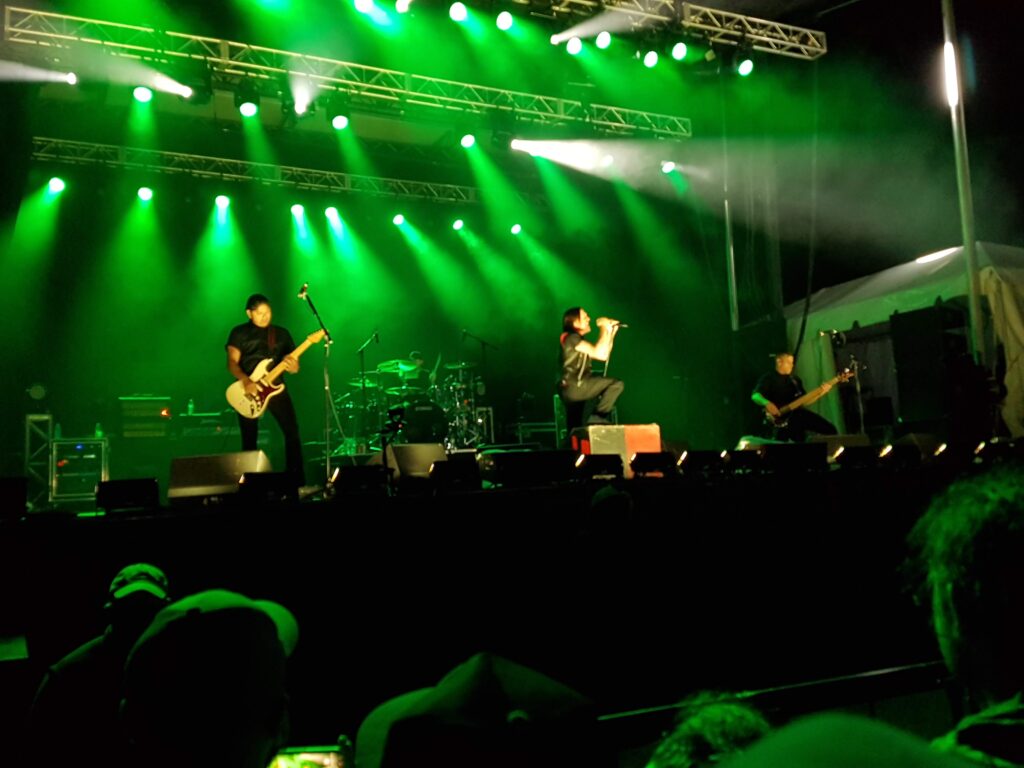 The last evening brought in two more Canadian legends Danko Jones and Billy Talent. While Royal Tusk had to cancel due to illness, that left Andre Pettipas & The Giants from Montreal, Cleopatrick, and The Wild from British Columbia to get the show going. And getting the show going is also the trademark of the king of Canadian banter Danko Jones, who not only played his hits and two new songs from his latest album, but also brought his “A” game for his banter. From getting the crowd to boo the band for never playing in Truro, NS before, trying to tune a guitar, insisting on playing the Sunday show because that’s when only real rock fans attend – Danko never failed to entertain.

And Billy Talent, the last band of the festival, really entertained. After a 1080-day layoff between live shows for them, they were really happy to play. And the people were happy to see them as their show brought the most energy from the sell out crowd. They also played all their hits from their catalogue including their new single “End of Me”.