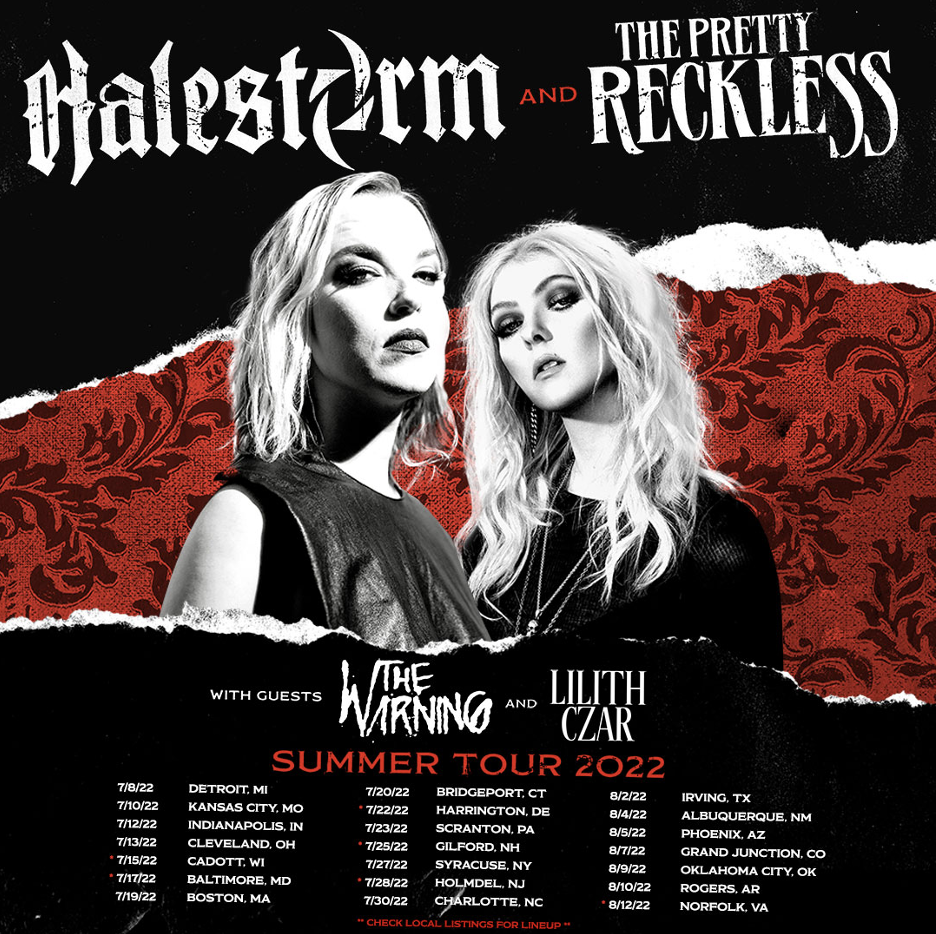 Los Angeles, CA – March 28, 2022 – A force to be reckoned with, Lilith Czar has been commanding stages across the US following her striking transformation and the release of her debut album Created From Filth And Dust. Today she is thrilled to announced that she will be supporting Halestorm and The Pretty Reckless later this year on their Summer 2022 Tour. Czar, who previously toured with Halestorm, shares:   “I am so thrilled to be heading back out on the road with our good friends in Halestorm this summer! Our last tour together was an experience like no other and something I will never forget. I’m also very excited to be opening up for the Pretty Reckless, a band I’ve always admired and been a huge fan of. The comradery women show each other in the rock scene has proven to be unmatched and validates the overall strength and empowerment that exists within the entire rock community. Always fixing each other’s crowns and lifting one another up. I’m so grateful to Lzzy, Taylor and everyone in the bands for sharing the stage with me on what will most definitely be the tour of the summer! Let’s rise together and bring some hell“   Lilith Czar is currently on The Trinity Of Terror Tour with Black Veil Brides, Motionless In White, and Ice Nine Kills. Fans can also catch her on the road this spring performing on select shows with Three Days Grace, as well as supporting Godsmack. Lilith Czar has also been confirmed for festivals including Welcome to Rockville and Aftershock Festival. For a full list of all upcoming dates, please see below or visit www.lilithczar.com.   About Lilith Czar: Lilith Czar arrives with the force of an otherworldly thunder, arising in visceral rebirth from an untimely grave of surrender and sacrifice. Her voice is the sound of supernatural determination, summoned with a confessional vulnerability and unapologetic authenticity. The girl who was Juliet Simms – her dreams discouraged and dismissed, her identity confined and controlled – is no more. In her place stands Lilith Czar, a new vessel forged in unbridled willpower and unashamed desire.   Her motivation is simple: if it’s truly “a man’s world”? She wants to be King.  Created from Filth and Dust, the debut album from Lilith Czar, is an evocative invitation into her bold new world. It’s aggressive music with warm accessibility; huge hooks with driving hard rock—the new larger-than-life icon channels the fierce combativeness of Fiona Apple and Stevie Nicks’ seductive witchery. Lilith Czar arms herself with sonic power, theatricality, and confidence. It’s a sound where the pulse of Nine Inch Nails, Halestorm’s songcraft, and the libertine spirit of David Bowie converge, all in service of a ritualistic ache for a more just and equitable world.   Lilith Czar is more than music. Her songs – like “King,” “Bad Love,” and “100 Little Deaths” – are anthems. She sounds both larger than life and hauntingly intimate, baring all in the ballad “Diamonds to Dust” or unleashing hell with the banshee wail of “Feed My Chaos.” As much as Lilith Czar’s music is perfectly suited for modern rock radio, it’s simultaneously timeless. Thanks in no small part to Czar’s rich voice, Created from Filth And Dust wouldn’t sound out of place in any significant rock era.   “I know who I am now, completely,” the singer declares. “I’ve found my purpose, creating art to inspire others to stand up for what they believe, to fight for their dreams, and to never give up.”   She summarizes the Lilith Czar origin story like this: “When you find yourself beaten down by the world, in those times you can either let it destroy you or let it create you.”    Created from filth and dust, destined to be King… Lilith Czar.   Lilith Czar’s debut album, Created From Filth And Dust, is out now via Sumerian Records. To purchase or stream, please visit: http://smarturl.it/CFFAD. 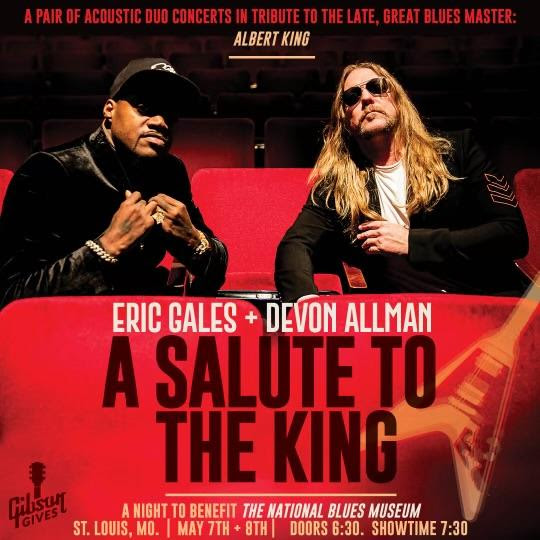 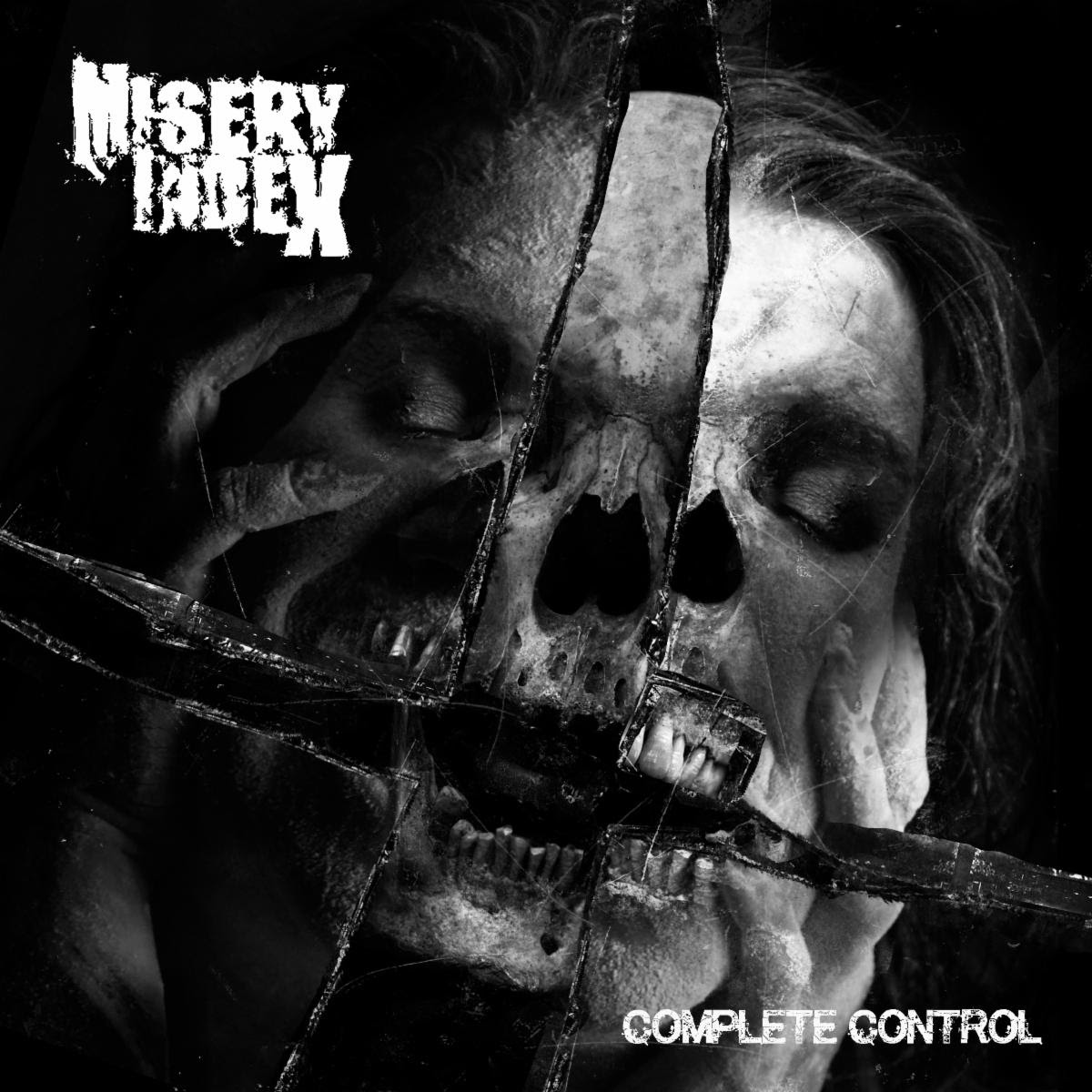 (Baltimore, Maryland – March 14, 2022) – Two decades into their venerable careers, Baltimore death metal savants MISERY INDEX are back with their new record, Complete Control, to be released worldwide via Century Media Records on May 13th. Today, MISERY INDEX are launching a first single off the forthcoming album, “The Eaters and the Eaten”. Watch the music video, which was directed, filmed and edited by J.T. Ibanez HERE.

““The Eaters and the Eaten” is the most straight-forward, blasting track on the album. It’s utterly relentless and hammers home the key themes of exploitation and drudgery that define life for so many on the planet in our current age,” states MISERY INDEX about the track.

Complete Control, the 7th studio album and Century Media debut for MISERY INDEX, was mixed by Will Putney, mastered by Jens Bogren at Fascination Street studios and features artwork by Matt Lombard. The album is a riff-driven assault that captures the tension of the modern condition and channels it into 9 songs of ripping end-times death metal. Spewing with Orwellian invective and razor-sharp songwriting, Complete Control is a much-needed hammer to the face; a wake-up call for the disaffected and dispossessed.

Next to the jewelcase CD, LP and digital versions of the album, Complete Control will also be available as limited deluxe 2CD box set (see mock image below), containing the studio album as a jewelcase CD, an additional 5-track bonus EP entitled Strategies of Manipulation in a slimline case CD, a black tote bag with artwork print, a button set with 2 buttons and a double-sided mini poster.

The album’s pre-order starts today and can be found HERE.

Since the early 2000’s, MISERY INDEX have performed over 1400 concerts in 44 countries, sharing stages with the likes of Napalm Death, Cannibal Corpse, Fear Factory, Dying Fetus, Amon Amarth, Behemoth, Nile, The Black Dahlia Murder, Kataklysm, Decapitated and EyeHateGod and making them one of the most intense and merciless live-acts of our time. Look out for many more dates across the globe to be announced soon for MISERY INDEX.
MISERY INDEX is (From left to right on photo by Ryan Philipps) Darin Morris (lead guitar), Adam Jarvis (drums), Mark Kloeppel (guitar and vocals) and Jason Netherton (bass and vocals).