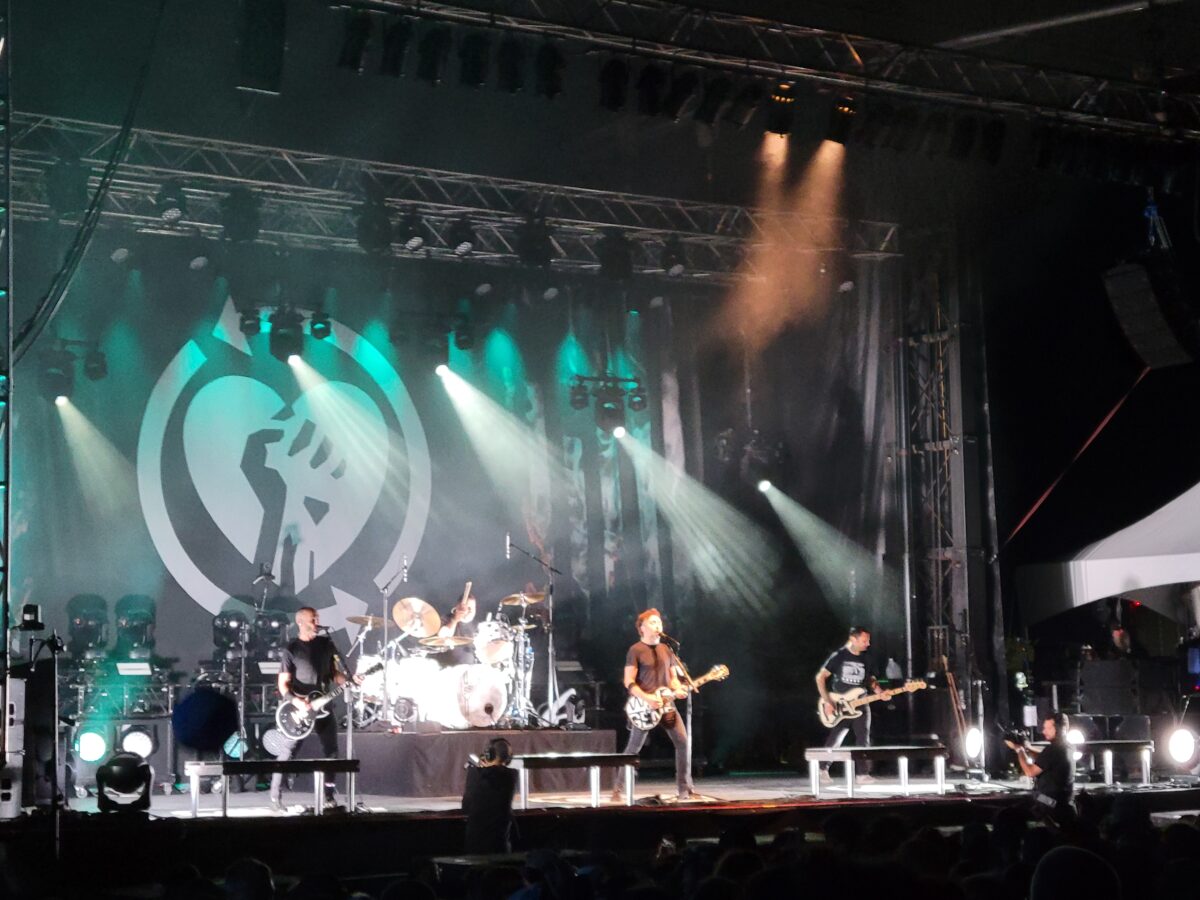 The Rock la Cauze festival in Victoriaville, Quebec returned in full force on Aug 11-13, 2022 after a 2-year pandemic hiatus. A social economy project, the purpose of the festival is to raise money for local charities. Themed as a punk rock festival, the schedule of performers featured an array of musical genres, centered around the main headliners: Billy Talent, Rise Against and The Used. Other noteworthy performers included The Lazy’s from Australia, Face to Face & Senses Fail from the USA.

The festival schedule was split into different music genres. Day one of the festival featured local French punk bands such as Exterio, Irish Moutarde & Bob Gorgée – leaving the crowd attracting headliners for the weekend.
The second day of the festival opened up with the Lazy’s. Featuring a trademark style sound, they played their Australian hits ranging from “Little Miss Crazy” to “Half Mast Blues”, with a tribute to AC/DC (their Australian brethren) “If you want Blood” before closing with their biggest hit “Nothing but Trouble”. The next band, Tagada Jones, was a French Punk Band with huge success In France. They were effective in setting up for Friday’s headliner, Billy Talent. From Toronto and born in Montreal, Billy Talent has a long history of love in Quebec. Playing his full setlist, Billy laughed as he defined moshing as “Pushing and Shoving” – which only incited the crowd to mosh more. His set subsequently ending with the crowd in a giant mosh pit for Viking Death March, though Fallen Leaves also created a huge pit as well. And thus ended the second day.
The third day of the festival had an emo music genre feel. It really began with Senses Fail, a band from New Jersey. Emo music in genre, their performance was similar to other bands such as Red Jumpsuit Apparatus or Taking Back Sunday. As it was mid afternoon, they were effective in getting the crowd, who were just arriving, warmed up for the next act, Face to Face. Playing what turned out to be the strongest set of the night, these “old guys playing old songs” to quote lead singer Trever Keith, wasted little time with talk and played their catalogue from start to finish.

Which could not be said for the next band, The Used. The lowest point of the night, although the band played great, lead singer Bert McCracken’s constant talk and choice to quote Shakespearean soliloquies to a predominantly French speaking audience deflated a lot of the crowd’s energy and limited the band to a short setlist. Fortunately, the next band Rise Against, who also has no shortage of love in Quebec, saved the evening with another strong headlining performance. “We have been a band for over 20 years” to quote lead singer Tim McIlrath, and is showed as they clearly had experience with the crowd as Tim would speak in his best French and talk about Rise Against’s history in Quebec. They played their catalogue of hits with the notable addition of :Hero of War” this set and the omission of “Help is On The Way” before closing with “Survive” and “Savior”. It was a great show to conclude a great 2022 festival.