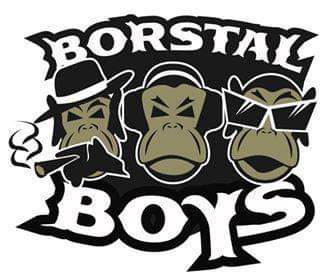 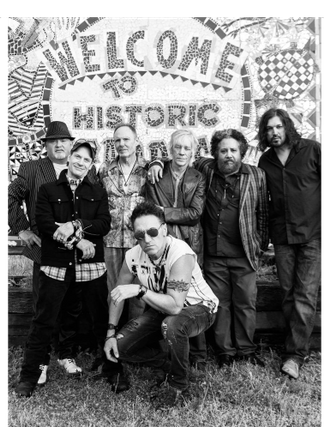 The Borstal Boys self-titled CD started as a solo album for bass player Rocky Lamonde in late 2017. As he worked on putting together songs for the recording, he put together an incredible group of known musicians to play on the album including guitarist Vinny Q, drummer Scott Wilson, keyboardist Joe Pelesky (Houserockers), guitarist Patrick Norman (Rusted Root) and singer Mark Ponsonby.

During the recording, Bob McCutcheon owner of The Vault Recording Studio and owner of Vault Records, liked what he heard and signed Lamonde’s project which later turned into The Borstal Boys. The Borstal Boys is guitar driven with smooth vocals and bar room pianos. Scott Mervis, entertainment editor for the Pittsburgh Post Gazette describes the CD as crunchy bar-rock sound laced with R&B. The main song writing is done by Lamonde, Vinnie Q and Patrick Norman. Each song has individual influences in them. Lamonde feels they are a rock band deeply influenced by Rolling Stones and Faces.

The group have created a buzz in the Pittsburgh music scene. The album has legendary Pittsburgh players on it. Norm Nardini and Hermie Granati played on several of the tracks as well as Brett Staggs and Katie Simone. While recording, Lamonde reached out to Hermie Granati who played piano on several of the tracks and asked if he knew any piano players that were looking to get into a new project. A couple of weeks later Lamonde gets a phone call from Joe Pelesky, the keyboard player for over 15 years with Joey G and the Iron City Houserockers. In his years with the Houserockers, Joe has shared the stage with many high level musicians including Bruce Springsteen and The Band. Lamonde didn’t stop there, he approached Patrick Norman the bass player of Rusted Root to play guitar on the project. Patrick Norman has played all over the world and has toured with many giant acts, such as Led Zeppelin’s Page & Plant. Patrick and Rocky hit it off right away and started to write together.

The songs on the CD are about love, loss, and the pain of living with loss. Guitar player Vinny Q (formerly of the Zippers, Bill Toms and Torn and Frayed) wrote Marlene June, a song for his mother who passed in 2018. The song is a beautiful tribute to the wonderful life she lived and how she touched his life. She wasn’t a very religious person but the song is about the thought there has to be a place in heaven for non-believers too.

Head Full Of Ghosts is a song written about the things that go through your head during bad times. Sometimes it’s hard to block them out but they’re in there.

My Everything is about Lamonde’s girl who puts up with him. She has to be a saint.

Fallen Angel was written about a close friend that died too soon. A lifetime of partying catches up with you sooner or later.

The self-titled CD was mixed by Grammy winning engineer and producer Jimmy Hoyson.

The band is already recording it’s next release due to be out by late spring 2019. You can go to their website to check out the videos music and dates at the band’s website.