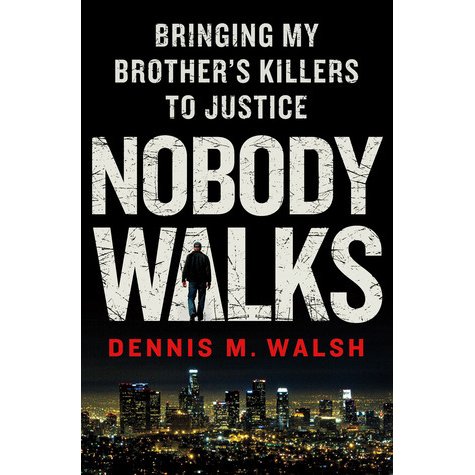 Los Angeles ,California -The seedy side of LA comes to life in this true tale of the of how one person had the intestinal fortitude to seek the killers of his younger brother ,even if it took  almost a decade to bring the responsible parties to justice. Dennis M Walsh was a lone practitioner attorney at law who    originally hailed from Cleveland ,Ohio and whose family walked both lines of the law became the investigator in the cold blooded murder of his kid brother , Christopher Walsh. The book is populated with stories of Cleveland’s old mafia scene in addition to the LA underbelly of drugs, gang violence , porn stars and hangers on which somehow populated the world of his brother. The crime occurred in 2003 and the book was not released until 2013 but let me tell you this, this is one man who never took no for an answer and who would have walked thru the gates of hell if he had too. This book keeps you riveted to your seat as he retells the story of his families criminal past along with Cleveland’s past  and circles around to tell you the tale of his brothers world thru the characters who knew him .No everyone in this book is a bad person , some people were just in the wrong place at the wrong time which could happen to any of us but to tell a complete story Dennis had to include everyone.I rarely give anything four stars but this book deserves it and I highly recommend it.If you want a true crime story that reads like a episode of Law and Order I  highly recommend this book  to anyone  who might be interested. book and art (c) 2013 St.Martins Press ISBN 987-1-250-00548-9