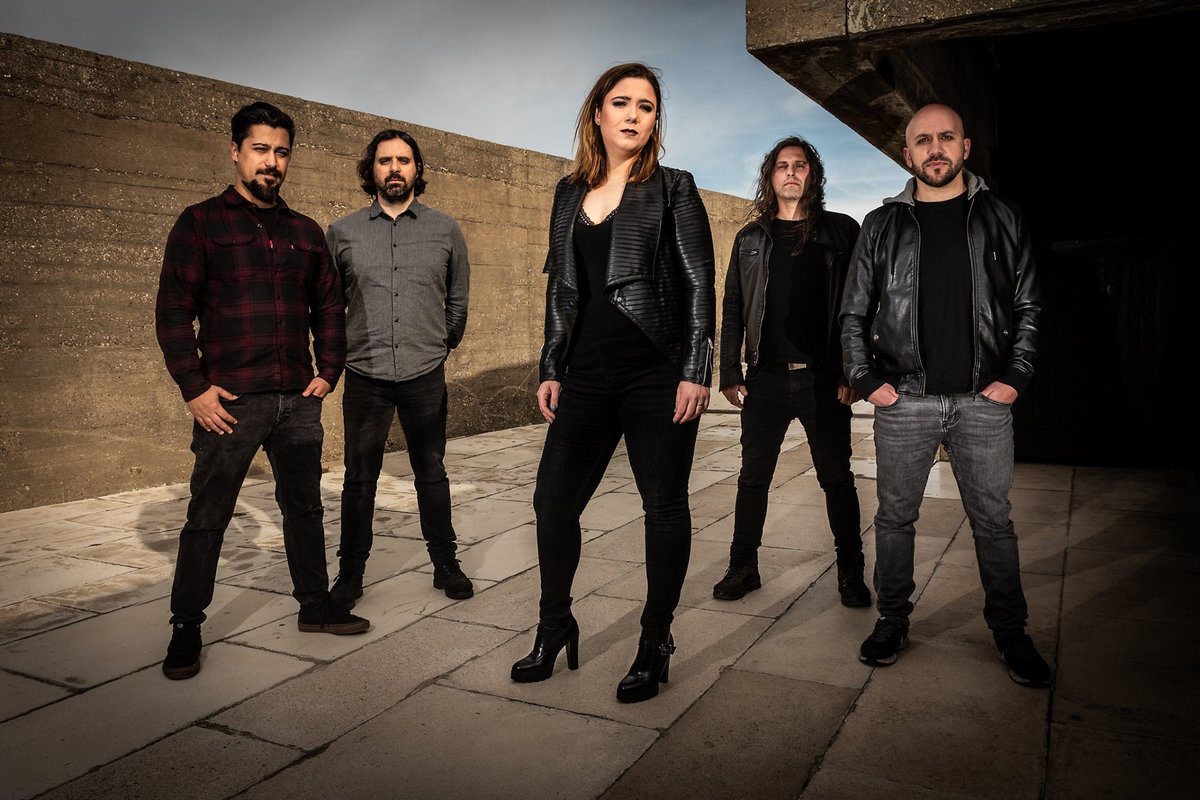 Portugal is the oldest country in Europe, renown for its port wine, piri-piri chicken and surfing. Although established Portuguese bands who had begun their careers during the 1980s and 1990s are still around, much like in other European and Anglo-American countries, the rise of hip-hop, dance music and more pop-oriented acts predominate the current music scene. So, it is quite an accomplishment for BLAME ZEUS, a female-lead rock/alternative band from Oporto, Portugal to make a name for themselves on the international scene. With their third album titled “Seethe” set for release November 8 on Rockshots Records, BLAME ZEUS is breaking into the North American market with their first single “The Warden” available on all music streaming services.

“Seethe” is a ten-track album produced by Ricardo Fernandes. Featuring Sandra Oliveira on vocals,
Paulo Silva and Tiago Lascasas on guitar, Celso Oliveira on bass and Ricardo Silveira on drums, Seethe provides a mix of raw, edgy songs with melodic choruses, harmonies and two ballads. Sandra Oliveira’s spectrum of notes is evident starting with the album’s opening track “How to successfully implode” and carrying through to “Down to our bones” as she, along with her brother Celso on bass, played with synchronistic harmony and flow. The fourth song “White” and the ninth “The Warden” were ballads that are playable for Rock Radio and Easy Alternative music playlists, respectively. Songs like “Bloodstained Hands” and “No” had melodic choruses reminiscent of 1990’s alt-rock music.

Lyrically, “Seethe” deals with traditional alternative music issues such as pain, unexpressed anger and encouragement to express your opinions, voice and identity. Musically, “Seethe” provides a darker, edgier sound then past BLAME ZEUS albums with crisp riffs from Silva and Lascasas set to intense rhythms by Oliveira and Silveira. With influences that range from blues to metal, their music can be described as an intense and heavy rock, but also with intimate and nostalgic ballads.

Since forming in 2010, the band’s two previous releases “Identity’ (2014) (Raising Legends Records) and “Theory of Perception” (2017) have garnered much praise in their home country along with securing opening slots with bands Lacuna Coil, Moonspell, Cradle of Filth, Cellar Darling, R.A.M.P. among many others established acts. In 2018, they were invited to perform at Vagos Metal Fest, one of Portugal’s biggest heavy festivals. Follow them on social media for North American appearances to support “Seethe”.