A night of fun , nostalgia and holiday spirit ! 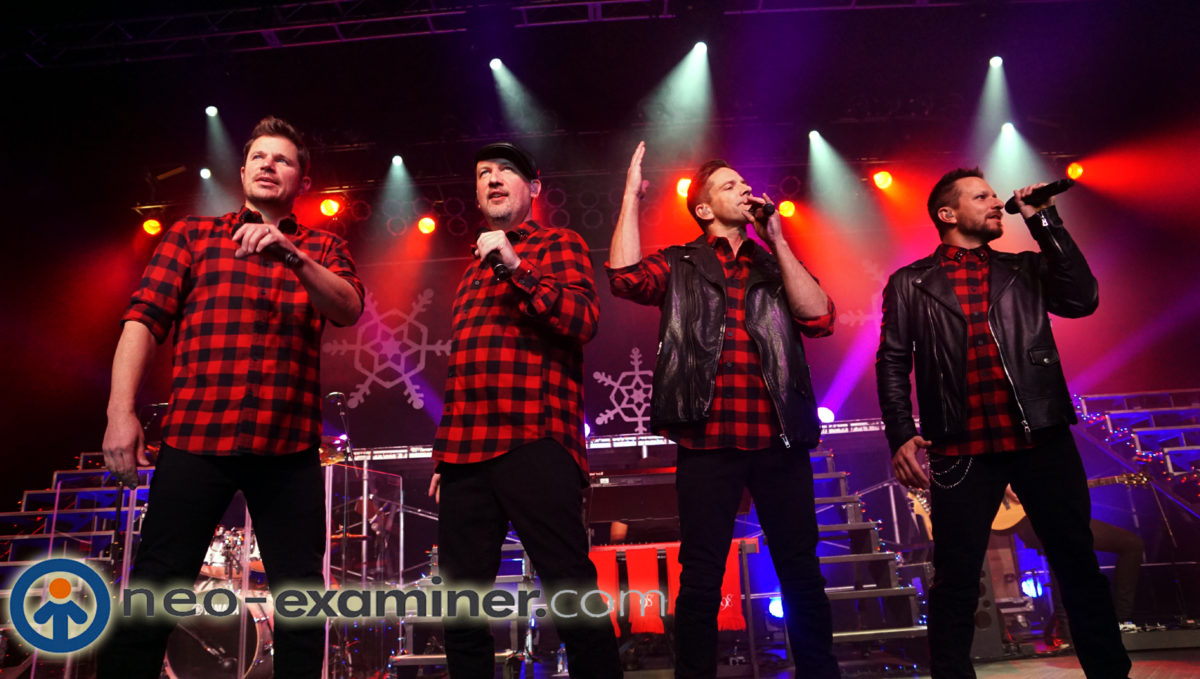 Northfield Park , Ohio -The holiday season is upon us and with that crowds and short tempers .The day was Black Friday  and although the craziness of the store specials were in fact still going on in the malls,  this particular crowd was one of the happiest I have ever seen at a show . The night was a evening of reliving the past of your youth , with the carefree feeling of living in the moment without the stresses of modern society and life .

I have never seen the band 98 Degrees and honestly was not a fan of the genre however it was a really fun show and the musicianship and talent cannot be denied . The bands  songs were fun , light and thoughtful ,The holiday songs were classics with a fun modern twist to them , even including the audience as part of the show .

One of the biggest songs to go over with the fans were ” Because Of You ” and ” The Hardest Thing ” This was just a fun night and I highly  recommend it for anyone ,a fan or not but to be honest I am now a fan .

The history of the band from Wikipedia

98 Degrees (stylized as 98°) is an American pop and contemporary R&B vocal group consisting of four vocalists: brothers Nick and Drew Lachey, Justin Jeffre, and Jeff Timmons. The group was formed by Timmons in Los Angeles, California, although all of its members originate from Ohio.

Unlike most boy bands, they formed independently and were later picked up by a record label, rather than being assembled by a label or a producer. They have sold over 10 million records worldwide and achieved eight top 40 singles in the U.S.[1][2]