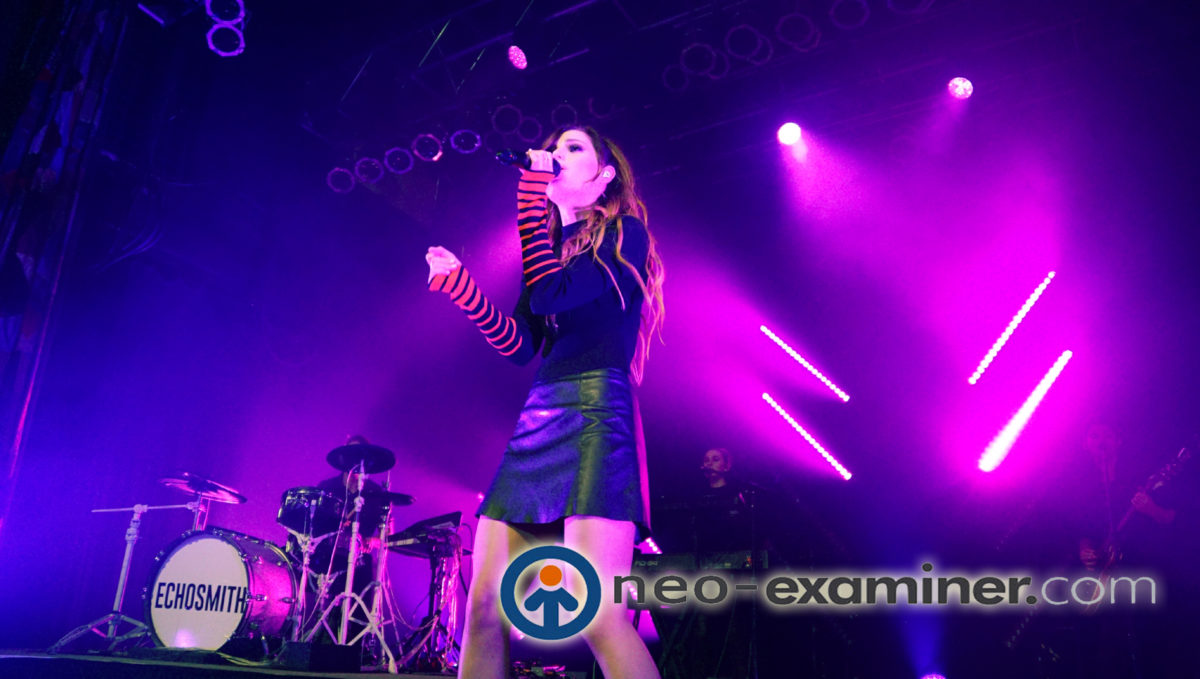 Cleveland , Ohio – The indie based rock band Echosmith are currently on a spring tour  in support of ” Inside a Dream ” and stopped by Cleveland this week . In celebration of a great performance at Cleveland’s’ House of Blues  we decided to list the five reasons Echosmith represent the best in rock n’ roll .

The band has been around since 2009 and features three siblings working together to create music and accomplish their dreams. In a day and age of the modern generation claiming entitlement without hard work this band shows you that hard work , determination and drive  along with  talent will get you to the top.

I have watched Echosmith grow from a small kid  band with just a few people watching them , to a mature musical group with a large following .Along the way they have developed a   loyal following to which they are thankful for . I have seen the band stop on the red carpet at the Alternative Press Music Awards to sign autographs  and pose for selfies with the fans . Not to mention when they were on Warped Tour appearing at their  merch tent mingling with the fans, this band   understands how to make each person feel special and  be part of the magic and that moments like that  last a lifetime.

The team behind Echosmith features the parents in active roles in touring and in creating  the band that is  Echosmith .The positive influence of family is an important factor as one looks to to their own life and surroundings when creating music and that shows true in Echosmith.

The release of ” Inside A Dream EP ” along with the single ” Over My Head ” added a musical arsenal to an already full back catalog of great songs. Some of my favorites included ” Get Into My Car ” , ” Future Me” and ” Come Together “. all of which were played live . The mega hit ” Cool Kids ” rounded out the set along with some select covers .

Here is where the drive and talent payoff . This band performs like a band that had been headlining for the last twenty years instead of  singer  Sydney Sierota turning 21 this weekend .The stage show , musical ability and audience connection during the show , makes this band true rockstars in every sense of the word. The band is multi  talented with almost every member playing multiple instruments , not just pretty faces without substance.  If you want two hours of pure fun along with gourmet food for the ears check out Echosmith live in a city near you .

To learn more about Echosmith please see the official website at  http://www.echosmith.com/