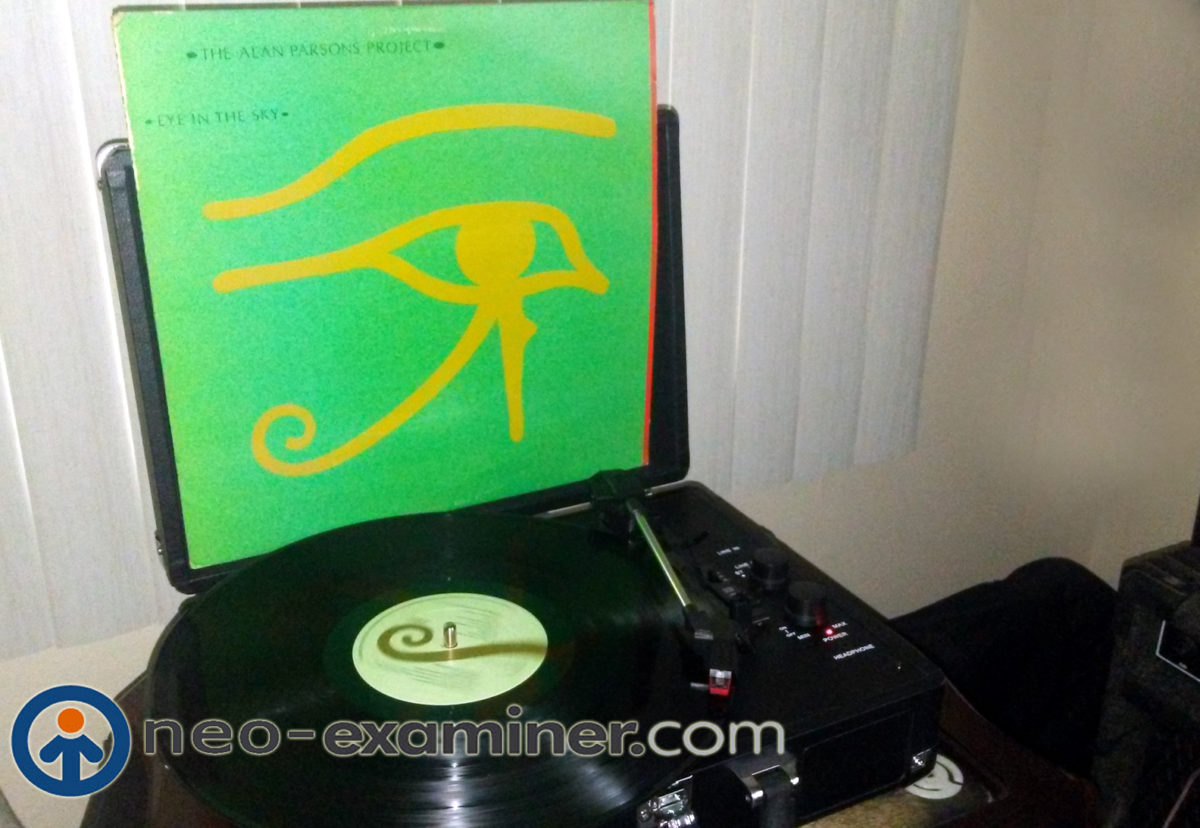 In honor of Alan Parson receiving his 13th Grammy Award nomination for Best Immersive Audio Album ” Eye In The Sky-35th Anniversary Edition ” We decided to review the original as our retro review.

To be honest I was not an original fan of the Alan Parsons Project .I am in fact a late player to the game ( I was more into hair bands in the 80’s ) but with that being said I consider my self a fan so I have been immersing myself in as much vinyl that I  and my bank account can hold .

Eye In The Sky came out in 1982 and  was nominated for a Grammy Award in that same year .  The cover is that of a Wedjat or Eye Of Horus which is the Egyptian symbol of protection, royal power and good health on a  sea foam green background. The back cover is variations of the eye in numerous settings .

The opening tract and one of my favorite song combos is ” Sirius “, followed by the title track of “Eye In The Sky” which of course is followed by  ” Children of the Moon, Gemini and Silence ” I had the opportunity to see this whole album performed lived this last fall with the Alan Parsons Live Project and to say it was spectacular is an understatement .

Side two continues with ” Your Gonna’ Get Your Fingers Burned ” , one of my favorite songs ” Pyschobabble and Mammagamma “. The final two songs are ” Step By Step and Old and Wise .”

This was a masterpiece when is first came out and should have gotten the Grammy win and I sincerely hope the academy does the right thing with the reissue and gives him the Grammy Award .

The award show airs February 10th on CBS so be sure to watch  and to get your own copy check out the official website at http://alanparsons.com/