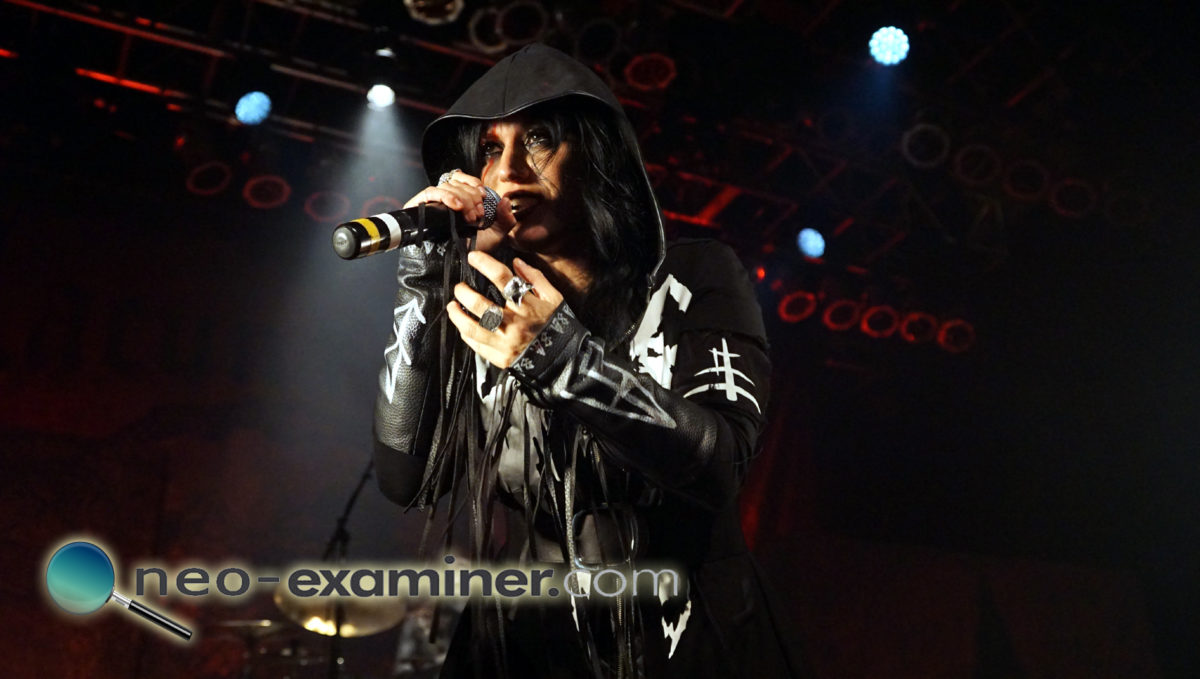 Cleveland, Ohio- The powerhouse  band from Italy returned to the north coast this past week, of course we are talking about Lacuna Coil . Now in its 25th year , yes 25 years, the band started in 1994 in Milan ,Italy now are considered one of the best and the brightest in the metal community .The band is currently on its ” Black Anima” tour with co-headliners All That Remains ,the packed house and the tons of Lacuna Coil fans that came from other states show  the massive drawing power of the band . I met fans from Michigan who drove about four hours for the show .

The evening started with “Blood, Tears and Dust ” and continued with eleven more hard and heavy hits the drove fans over the edge . Songs such as ” Spellbound ” and ” Layers of Time ” were some of the crowd favorites .

I had the opportunity to meet the band several years ago at ” Rock On The Range ” and I found them to generally well adjusted with out the rock star attitude Ive seen in so many others  .

The band runs as a well oiled machine with the different band members each playing their roles but working together to highlight each others strengths . The bands accomplishments are many fold but here are just a few .

Here are the highlights from Lacuna Coil’s incredible 20 year career:

If you ever have the chance to see them ,  get to a  Lacuna Coil performance ,you will not be disappointed and pick up a copy of ” Black Anima” the brand new release from the band !