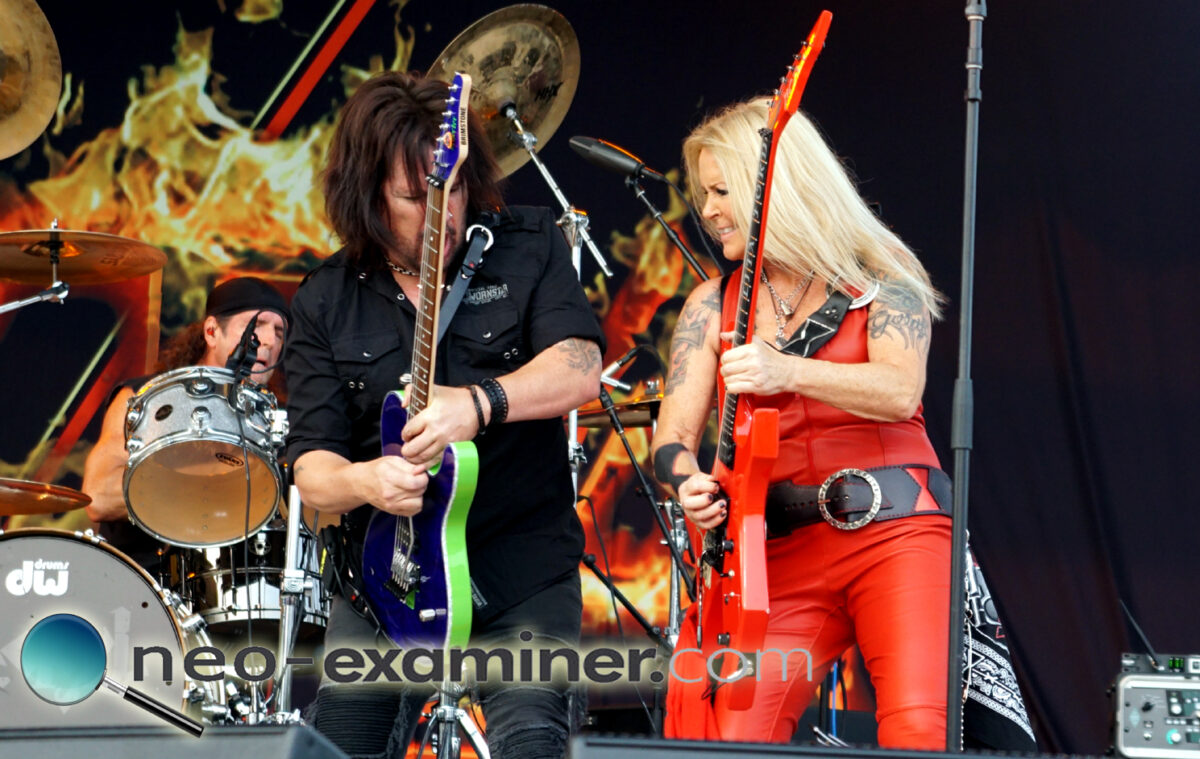 Mentor, Ohio- The city that keeps on giving gave its local citizens a present in the form of Rock N’ Roll .Not just any gift but a hard rock icon of stellar proportions, they gave us Lita .Lita Ford that is , the music icon who started her career in the 1970’s with the star studded band The Runaways ( which also had members Joan Jett and Cherie Currie ) and continued with her own solo career including hits on MTV and a duet with the prince of darkness himself Ozzy Osbourne .

The weather was perfect after the crazy weather of the summer and the venue of Mentor Amphitheater is a perfect place to hear and watch a show . A show is exactly what this one was, which to a crowd of almost 7000 brought back memories of the big hair days and lots of fun .

The night started with the track ” Gotta let Go ” and continued for almost two hours .Her hits such ” Kiss Me Deadly ” and ” Close My Eyes Forever ” really delighted the crowd . Her versions of ” The Bitch Is Back “, ” Only Women Bleed ” and ” Black Leather ” surprised us but in a good way .

One of my favorite songs is ” Cherry Bomb ” from her old The Runaways days .( I even love the movie )

Lita is so popular still that a little girl in the audience was named after her by her father and it was very cute to see .

Lita’s band is as follows Patrick Kennison on guitars , Bobby Rock on Drums and Marty O’ Brien on bass guitar .

To keep up with all things Lita please see her official website at http://www.litafordonline.com/