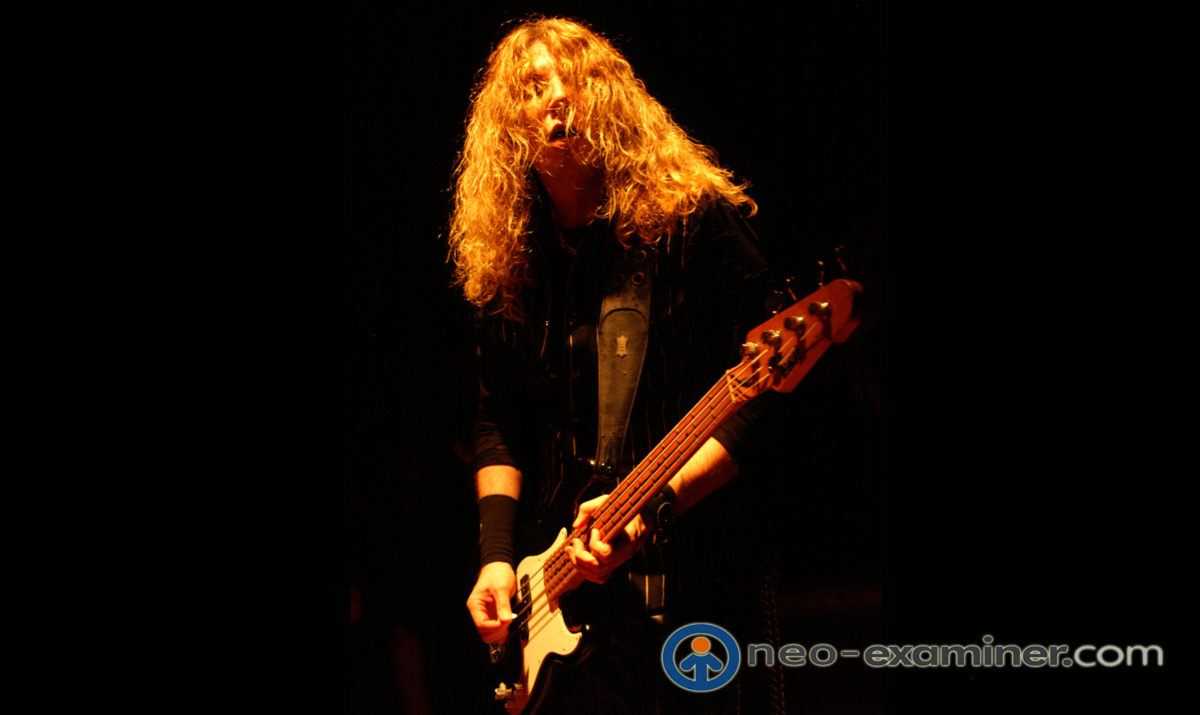 Today’s spotlight is bassist extraordinaire Marten Anderson of Steel Heart , formally of Lizzy Borden  , Lynch Mob and Dario Lorina ( BLS ) He is also co-founder of From Classical To Rock .

Lima, Ohio -The unique location of Allen County Fairgrounds played host to a veritable who’s who of musical icons over the weekend to the delight and surprise of many of fans .The list of artists was to numerous to repeat but we did our best to catch the feel and vibe of this wonderful event.The inaugural Loud N’ Lima proved to be a success with the fans so much in that organizers Jake Bame and Eric Schaaf vowed to bring it back next year. I have to be honest was it perfect? , no it was not , no event  is and it will have growing pains ,this was after all their first festival and no one can depend on the weather in Ohio so muddy it was .

I got to the show late just in time to catch Dee Snyder , formerly of Twisted Sister who’s dedication to the American way of life for ” Were Not Gonna Take It ” was awe inspiring.

Steel Panther continued to prove why they are a draw and just a lot of fun to be around , except live the kids at home it an adult only show !

The only 90’s artist on the line up 3 Doors Down , who played some great songs and thanked just about everyone on the planet !

The rain came Saturday and so did the mud but the music  continued , with the  Bullet Boys opening the festival .The highlight of Saturday for me was the amazing Steelheart who I have never seen before and I was able to see them perform the songs from the movie ” Rock Star ” one of my favorite albums .The whole band was amazing but to be honest I am biased because Lizzy Borden’s bassist  Marten Anderson was handling bass duties that day and the band sounded super tight .

I slipped over to the side stage and watched the very talented band “Kevlar ” tear it up . This band should have been on the main stage , they are that talented.

I really got a kick out of seeing Lita Ford perform as I am huge “Runaways” fan. I was fortunate  enough to be at a private party in California  a few years ago where I saw her and Ronnie Montrose play together .She is a  true class act .

The big headliner Saturday night was none other then Bret Michaels a fan favorite and all around nice guy.This man goes out of his was to use his celebrity to help people and we salute him.

Sunday came and the day dried up and the rain held off .The Metal Gods were at work. The first band on the bill that morning was Love N” Revenge , great pipes on that singer and a sold band , hope to see them again.

Next up was Troy ,I was not  familiar  with this band but they proved a welcome addition to this mornings set.

To close out the festivities the organizers brought out the big guns .Mr Vince Neal of Motley Crue , who played a lot of his former bands songs to the delight of many in the crowd .His  backup band was most of Slaughter and that put a huge smile  on my face as Dana Strum is one of the best bassists in music today.

So was it a successful festival? To  paraphrase  Obi Wan Kenobi ” it all depends on our point of view” So from the point of view of a fan, yes it was , great music , good food and a safe  environment  and a place to camp all made this a rewarding experience .I really hope to be back next year and see what they can do with the gloves off , time to  rock ladies and gentleman .