Willoughby,Ohio- The  Willoughby Rib Fest was briefly a step back in time to a bygone era, when musicians wrote and played songs without the use of computers and auto-tune to the delight of fans. The mighty Capt. Jack Russell of Jack Russell’s Great White stopped by the rib fest with his band and proceeded to rock the house . The food and drink were flowing at the fest and fans were awaiting the music while storms threatened to ruin the fun but the rock gods high above said let there be rock and protected us from the weather.

The set started of with ” All Over Now ” and continued for 13 more songs to make this a night to remember. The set consisted  of both classic tracks and some news ones off of the new release ” He Saw it Comin’ “including ” Sign Of The Times ” and ” My Addiction “. One of my favorite parts of the show is when Jack Russell explained how ” Save Your Love ” came about and made it on the record.

The crowd favorites were ” Rock Me” and ” Once Bitten ” with a  stirring rendition of ” The Immigrant Song ” and two virtuoso level guitar performances by  Tony Montana and Robby Lochner.

Drum and percussion where supplied by Stephen Mills on this date as drummer Dicki Fliszar was not able to make the show . 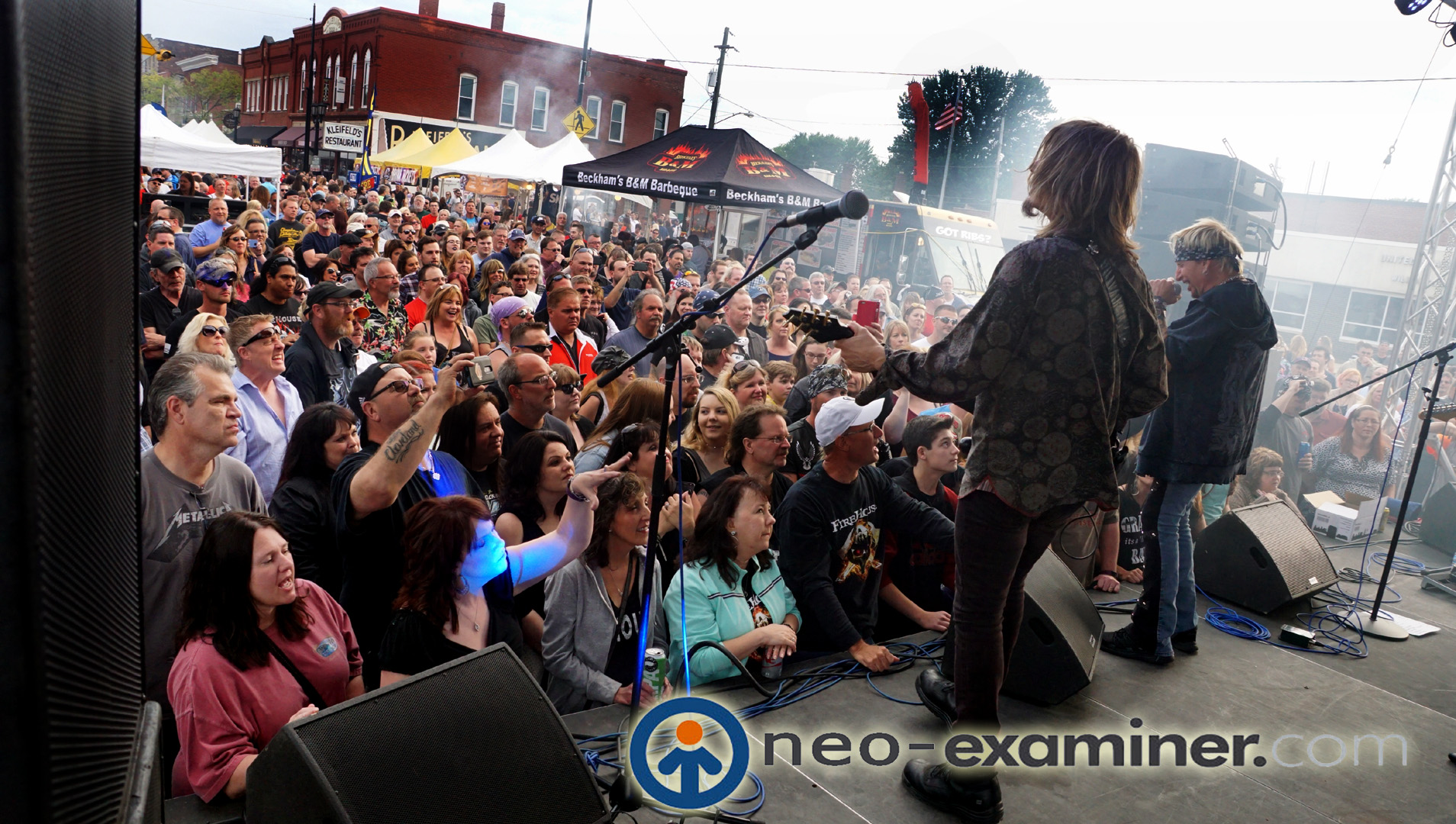 We will be doing a full album review for ” He Saw It Comin’ ” and some behind the scenes information about it in the near future but I suggest you get a copy now , as its destined to be an instant classic.