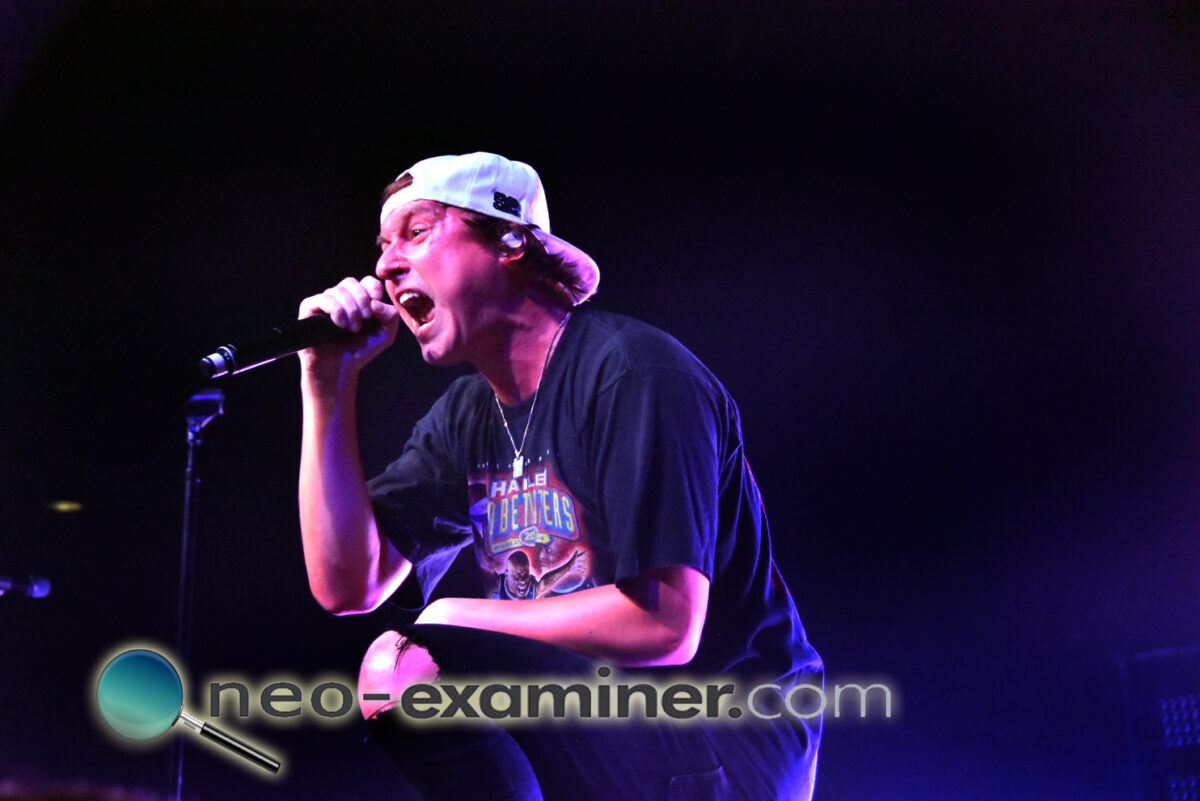 Cleveland, Ohio- The House of Blues proved once again that nothing can bring them down, even a world wide pandemic , they just rolled with the punches and adjusted to the new norm .Yes ,vaccine cards and negative test were the extra ticket you needed to get into the venue and damn was it worth the extra effort.

The Pure Noise Records Tour rolled into town this week and they brought the fun and lots of it . The show featured State Champs, Four Year Strong, Real Friends, Just Friends, and Bearings. I was not able to catch all the acts due to the early start time but damn I saw some amazing bands and some thrilled fans .

I got a huge kick out of ” Just Friends “, the way they made it look so fun and simple , just some friends hanging out on stage and playing some songs for some other friends .I expect huge things in the future for this band I loved every minute of them .

“Four Years Strong” brought the doom feel, with the tuned down instruments it was heavy and rocking and I liked them a lot hope to see again on a headlining tour .

” Real Friends” were just a party in a bottle, uncork and enjoy and the audience really got into it. I can image them playing on some sountracts in a movie .

The headline act were ” State Champs ” who I saw previously a long time ago when they played with ” We Are The In Crowd ” as a small venue . I was talking to the editor of Alternative Magazine that night years ago and he said , this is one band to watch out for in the future and damn was he spot on . They were amazing , I hope he has the same clairvoyant luck with the powerball because he called it .

If you are going to venture out in public again then this is one show you must see , they are still on tour and to find out if a date is near you please see the official website at http://purenoisetour.com/ until then see you at the show !