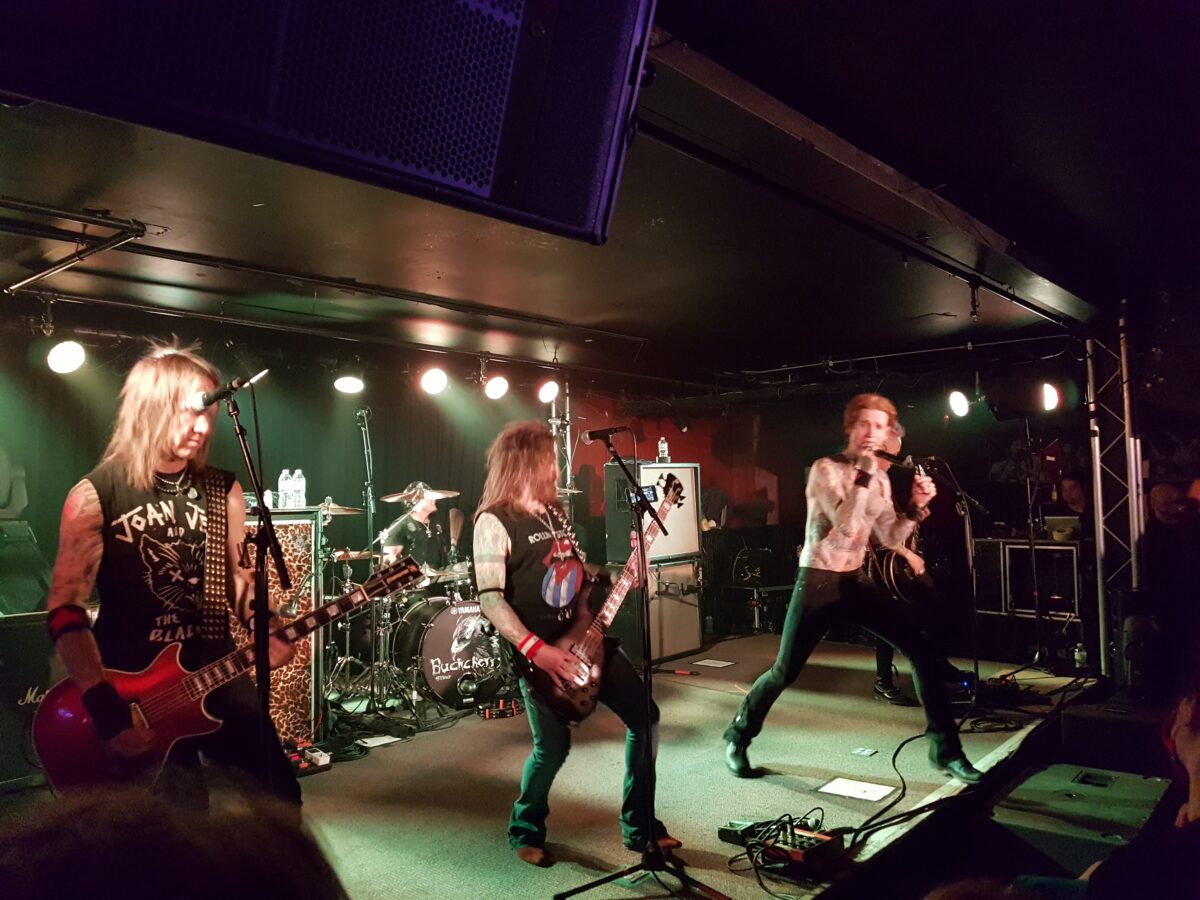 Californian hard rock band BUCKCHERRY performed their first of two shows in Ottawa on Friday, October 22, 2021. This concert had been rescheduled twice due to the pandemic and split into 2 separate shows to meet current pandemic health restrictions in Ontario. The crowd simmered with excitement as BUCKCHERRY are one of today’s top live performers and a favorite for rock fans worldwide because of their constantly touring.

The stage went dark and the opening riff to So Far blared through the speakers. This was a welcomed dose of rock after a long, suffering year-and-a-half with cancelled shows because of Covid-19. Playing to a fully masked, 50% capacity restricted, socially distanced and seated-if-you-have-a-drink crowd, Josh Todd commented after So Hott and Ridin’ “I hear y’all got hit pretty hard up here”.

It has been 18 months since the last international mainstream act had played in Ontario. “It’s been awhile since y’all have seen a rock ‘n roll show” said lead singer Josh Todd. Josh then asked if anyone liked cocaine, sequencing into his first major hit, Lit up. After the cheering died down, Josh took a minute and welcomed everyone and introduced the band. He referenced the pandemic, “23 years in this business and I ain’t seen this sh*t before”. His words were true and, of course, we’d all had dealt with it.

He then played all his hits from his eight-album catalogue from Everything, Sorry, Too drunk to f*ck and the title track HELLBOUND from their most recent album of the same name. The big surprise was their cover of Bryan Adams “Summer of ’69” because, to them, it’s “Canada’s favorite song” before they played their prominent hit “Crazy Bitch”. They quickly closed out the show with Dead as a fast encore to meet 11 pm curfew for health restrictions.

With no props or pyro, BUCKCHERRY just rocked out the entire evening with good riffs, solid rhythms and strong vocals. Opening up the evening was HARD LABOUR, a Rock n Roll trio based out of Ottawa Ontario.