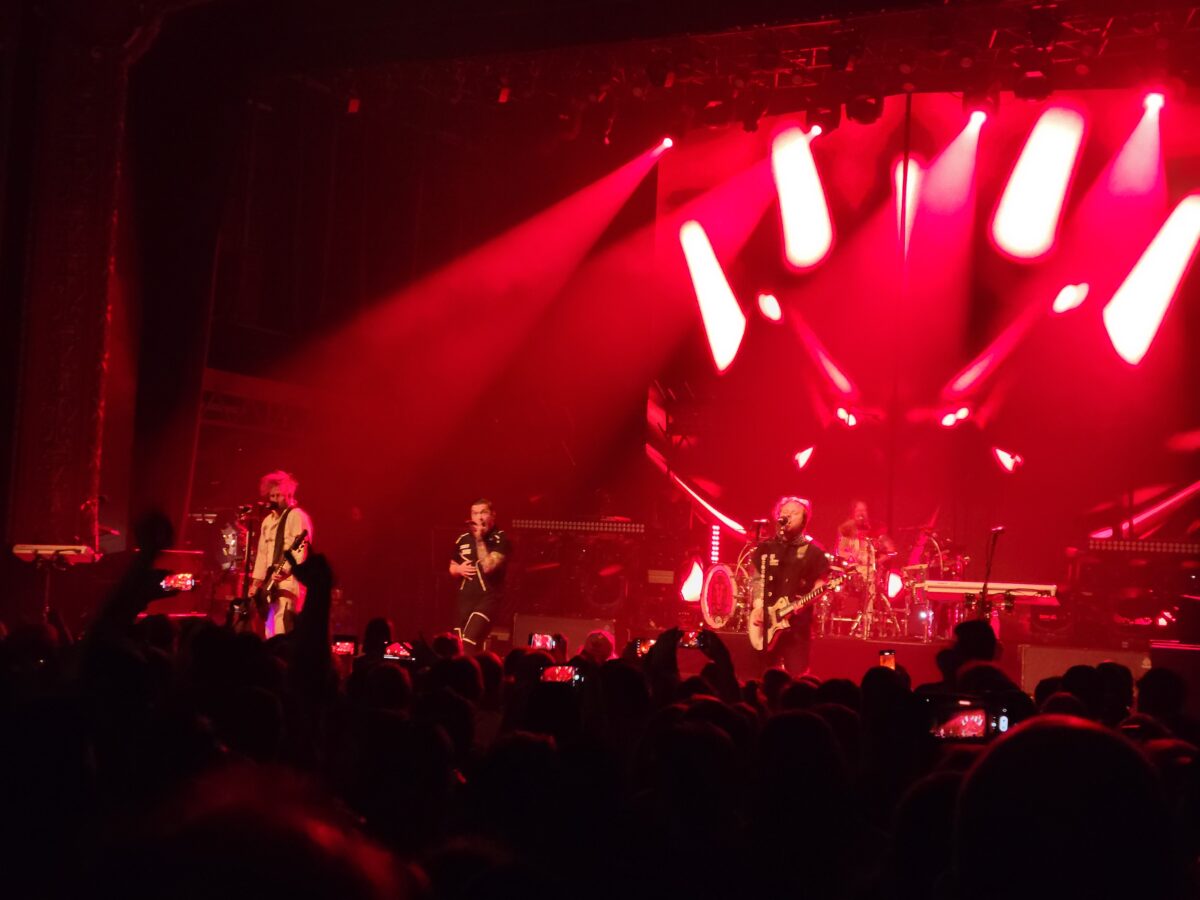 Shinedown is an American rock band from Jacksonville, Florida, formed by singer Brent Smith in 2001. With a long list of hits in the mainstream rock billboard charts and 358-day delay due to the pandemic, Shinedown returned to Montreal, Canada July 20 at the Salle D’Olympia for a big evening on their Planet Zero tour. Despite brief pauses in between each song, Brent Smith and the group performed another solid show in traditional Shinedown fashion.
After a long introductory video welcoming us to planet zero, the title of their newest album, Shinedown opened with pyro and flames with the opening song The Saints of Violence and Innuendo
Another success was their following song, Devil, following up with Planet Zero and on it went with a sing-a-long with the song 45 off their debut album. Shinedown covered their discography of hits and re-introduced Call Me into their setlist as well. Daylight, the second single off of Planet Zero, was also included in the setlist. And in Shinedown fashion, the evening concluded with Sound of Madness.
Brent Smith’s voice and vocals held high over the guitars of Zach Myers, the bass of Eric Bass and the drums of Barry Kerch. Smaller venues such as the Salle Olympia help these things unlike larger auditoriums. With many video pauses and emotional support speeches by Brent Smith, the show lacked fluidity and the customary getting people to light up their cellphone looks nice but takes up time to get accomplished. A few more songs could have always been added in their place.
Once Enemies played, as sense of energy returned, followed by Cut the Cord. An audio clip of top 40 DJ Casey Kasem and post song explanation isolated the ballad Second Chance from the rest of the set. The pyro and light show for Diamond Eyes was the definite high energy moment of the evening. And in a small venue, the heat from the flames was really felt throughout the building.

Before Shinedown, POP Evil warmed up the crowd in spectacular fashion with a high energy show. Led by lead singer Leigh Kakaty, the band from North Muskegon had a good quality light, audio, smoke and sound show. Opening with Let the Chaos Reign, POP EVIL opened mostly with their recent released songs off their Versatile album such as Work. Set me Free and Breathe Again. Playing their catalogue of harder rock hits such as Trenches, Legendary, Deal with the Devil and Waking the Lions, the only slower moment was for the ballad Torn to Pieces. It was definitely a solid although short set for POP Evil.

Beginning the evening, the singer/guitarist Ayron Jones from Seattle opened with a Hendrix-like set filled with guitar-centric rock songs. Jones played a style similar to Lenny Kravitz with a solid bass and rhythm section. An up-and-coming performer for sure.