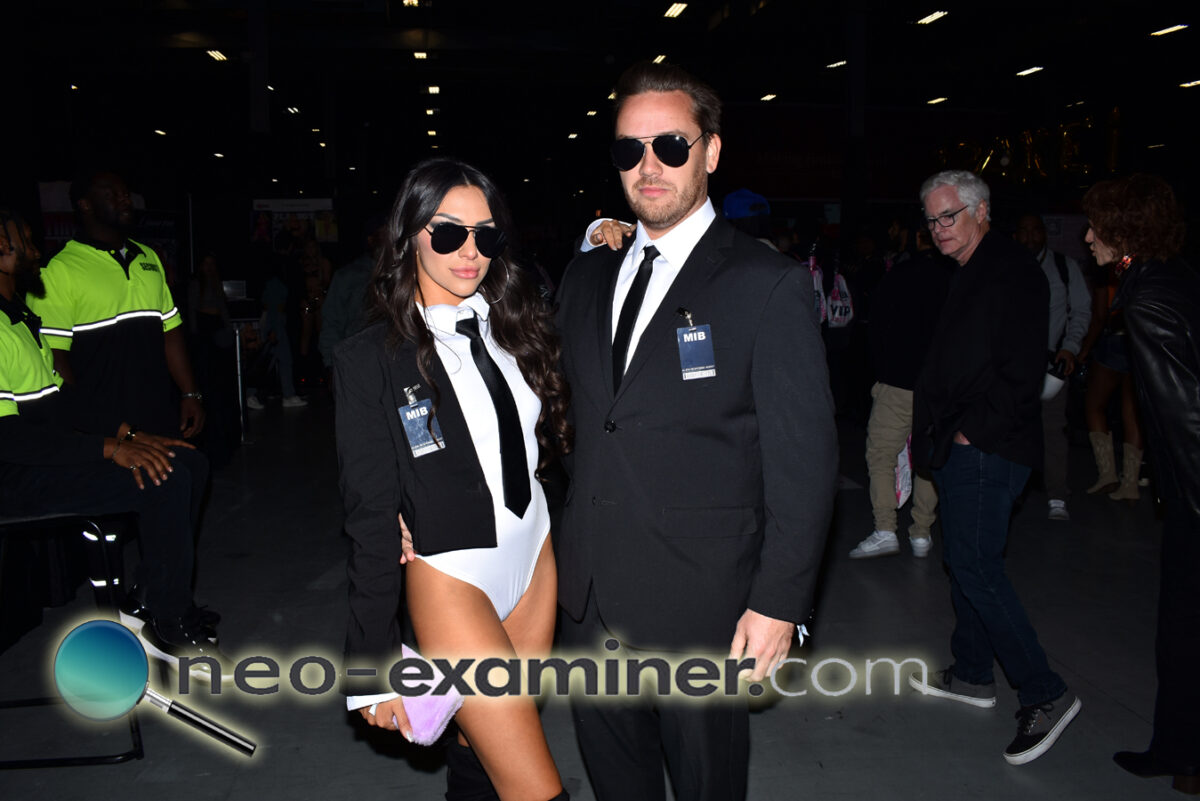 The expo itself is divided into many subsets but has a little bit of it all .Want to meet a celebrity like adult 90s star Micky Lynn, or WWE superstar Rob Van Damn and actress Katie Morgan , yep all there .

Interested in sexy cosplay for the inner geek ? Show it off here , no judgement zone .Do you have a favorite cam model you always wanted to meet ? Im sure MFC or Chaturbate or Cam4 will have who you are looking for .

The one thing that is missing is the clip content creators section lile Clips4Sale , Many Vids or Onlyfans .There were a lot of Onlyfans creators just not in their own area .

The event takes place four times a year and the next one is in Washington DC in Dec so mark you calendars and click on the link for more info https://exxxoticaexpo.com/ 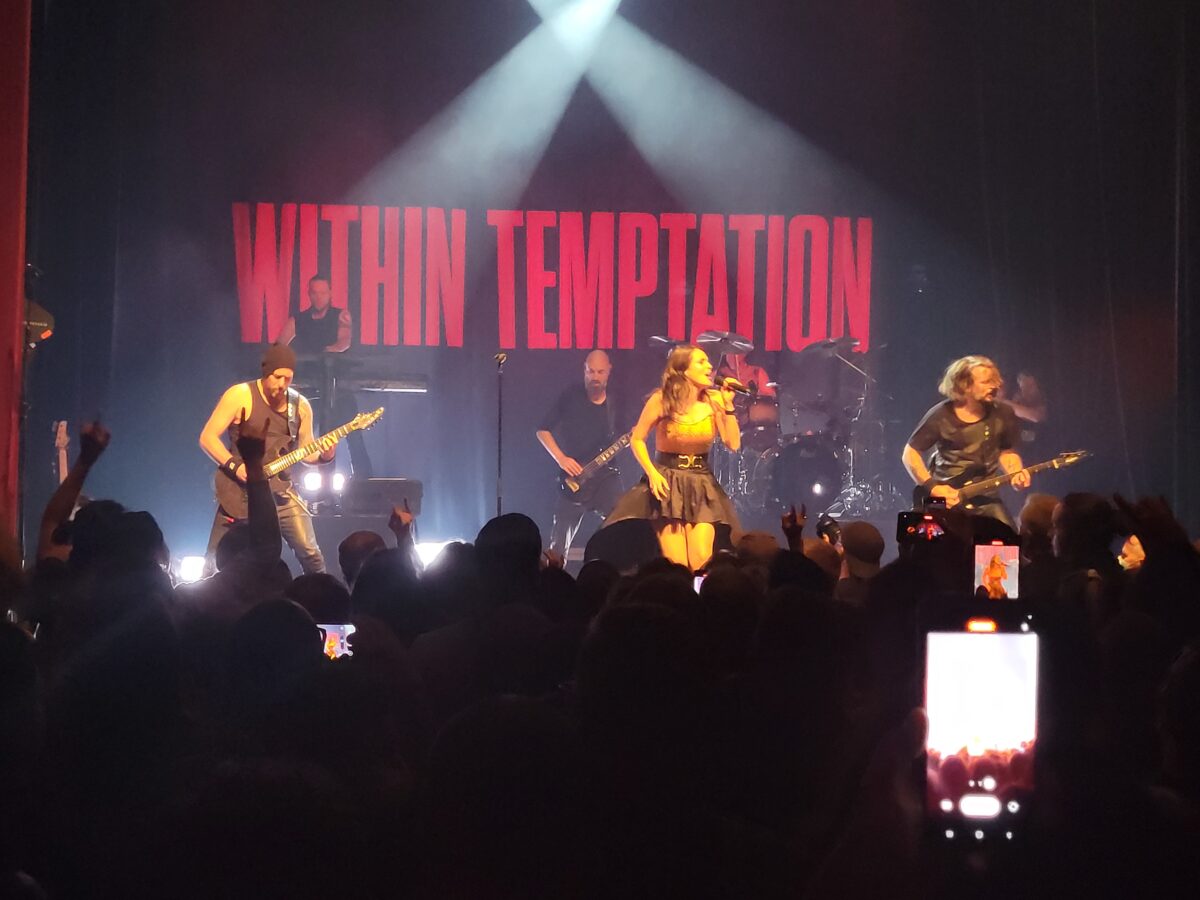 Dutch symphonic metal band Within Temptation played in Montreal, Canada on October 13 as part of their 2022 North American tour. With a catalogue spanning over 25 years, they are considered one of the vanguards of symphonic metal. Although they have leaned more towards pop metal over the last few albums, it’s hard to stay hard over the years, the band’s focus has always been on Sharon den Abel’s vocals. And Sharon’s vocals were still there, for most of the night.

Starting the set with See who I am, following up with Paradise, In the Middle of the Night and then with Faster, the show was at the top of its form. More recent songs that followed like Entertain You and Shed My Skin received a more tepid response. In between, Sharon acknowledged the LGBTQ crowd base, paid tribute to the people in Ukraine and discussed her past issues with exhaustion and the death of her father. Ballads like Angels drew a large sing-a-long

Closing the evening with encore songs Supernova and Mother Earth, the pause for the encore itself gave Sharon a few minutes to regain vocal form as the finale had a lot of energy. On the whole, the show was fun although there was a sense that the band was going through the motions. Even after 2 and a half decades, Sharon still has a presence and a voice. So, it was worth seeing Within Temptation, even if it’s just for one time.

Opening the evening was last minute call in Vrylnia, a Montreal based symphonic metal band. With a strong opera influence from lead vocalist Ariane Martel, the band played a tight set of songs from their just released debut CD, the Other World. It was worth the evening in its entirety just to discover a new band 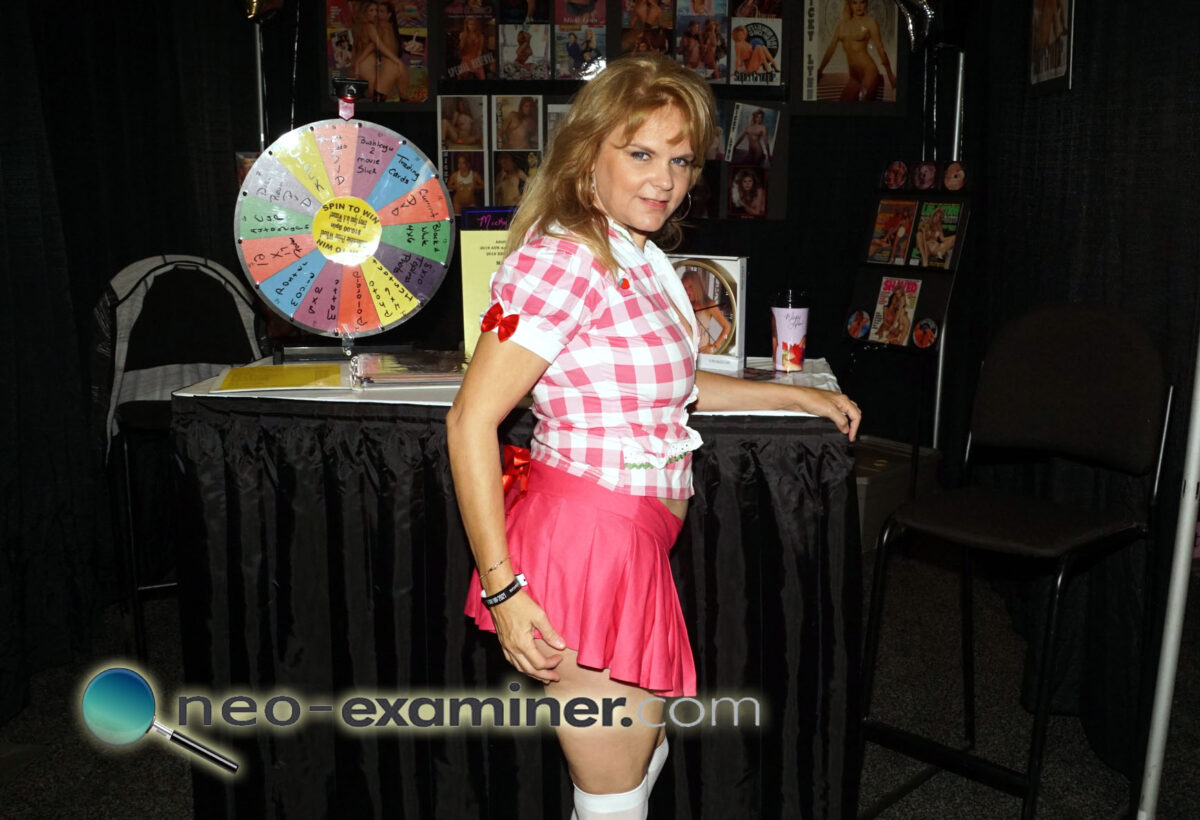 Edison ,New jersey – 1990’s adult film star Micky Lynn is set to appear at Exxxotica Expo ,New Jersey the weekend of Oct 21-23 at booth #146 and make sure you swing by for a photo and autograph . She has been a delight and fan favorite for decades and be sure to meet her at this rare public appearance . For more information about Exxxotica please see the official website at https://exxxoticaexpo.com/ 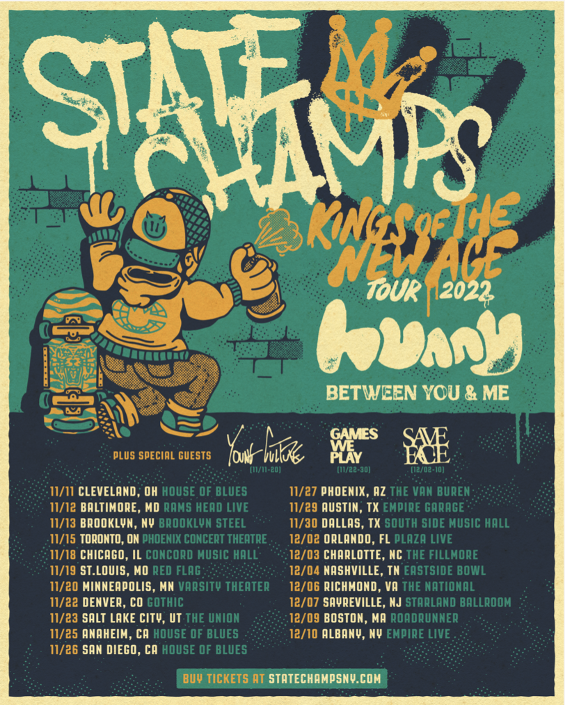 Albany, NY – Celebrating what has so far been a monumental year, New York powerhouses State Champs will soon be embarking on the Kings Of The New Age Tour. Special guests Hunny and Between You & Me are joining the cross-country affair, with Young Culture (11/11 – 11/20), Games We Play (11/22 – 11/30), and Save Face (12/2 – 12/10) also joining for select dates. All tickets are on sale now here.
“I’m particularly excited for the KOTNA Tour because of how much we as a band are focusing on the aesthetic and flow of the show,” says vocalist Derek DiScanio. “This will be the first tour where it feels more like an experience rather than just a band on stage playing songs. The stage production is by far the most unique and badass it’s ever been, and you bet the mixture of songs in our catalog (new songs, old songs, and some surprises) will create a wild set list. Best night ever.”
Earlier this year, State Champs planted their flag firmly in pop-punk history with their 4th studio album, Kings Of The New Age, out now via Pure Noise Records.  The album includes hit singles “Eventually”, “Everybody But You” (ft. Ben Barlow), “Outta My Head”, and “Just Sound” alongside seven all new tracks featuring additional guest vocalists Chrissy Costanza, Mitchell Tenpenny, and Four Year Strong.
On the highly anticipated release, the band shares, “Kings of The New Age is our fourth album, the one that we spent the most time on, and the one that makes the biggest statement. After writing over 30 songs, we narrowed it down to 11 that best represent our mission as a band, and sonically, match the energy level we wanted to captivate heading into this new chapter.”
Kings Of The New Age is available to buy and stream now at https://lnk.to/StateChamps
Album four is often when a beloved rock band shifts gears, frustrating longtime fans, searching for a more “mature” sound. State Champs raise a joyous middle finger to that trope with Kings Of The New Age, an enthusiastic and confident reminder of what the Upstate New Yorkers do best.
Younger than Gen X punk heroes like Billie Joe Armstrong and Mark Hoppus; older than Willow and Trippie Redd; the foursome balances energy and experience. As a new generation resurrects angsty unrest on TikTok and Machine Gun Kelly puts guitars back on the mainstream chart, State Champs double down on the vibrant pop-punk they’ve championed for a decade. They were several steps ahead of the seismic sonic shift. Kings Of The New Age will now claim the crown.
Derek DiScanio, Tyler Szalkowski, Ryan Scott Graham, and Evan Ambrosio deliver a strong message. Produced by Drew Fulk (Lil Wayne, A Day To Remember, Ice Nine Kills) aka WZRD BLD, Kings Of The New Age is a big album, without sacrificing the heart cherished by a legion of fans.
Starting in bedrooms and basements in 2010, State Champs quickly ascended as leaders of a new scene owing as much to early Fall Out Boy and Green Day as latter-day Warped Tour bands. In 2022, Kerrang!declared them “one of the most authentic and well-respected bands in pop-punk.” Over the course of their career, State Champs delivered their music and heartfelt message on extensive tours with bands like Fall Out Boy, 5 Seconds Of Summer, A Day To Remember, and Simple Plan; three different Warped Tours; and a co-headliner with Neck Deep.
Kerrang! gave the band’s first album, The Finer Things, a rare 5K review in 2013. Rock Sound and Alternative Press served up adoring cover stories. Around the World and Back entered the Billboard Current Rock Albums chart at No. 3 and made Rock Sound’s Top 10 Albums of 2015. Living Proof followed in 2018. Billboard called them “modern-day pop-punk torchbearers” the same year. They are an arena-ready rock band with the freedom of punk’s soul. 2022 belongs to State Champs.
Welcome to The New Age.