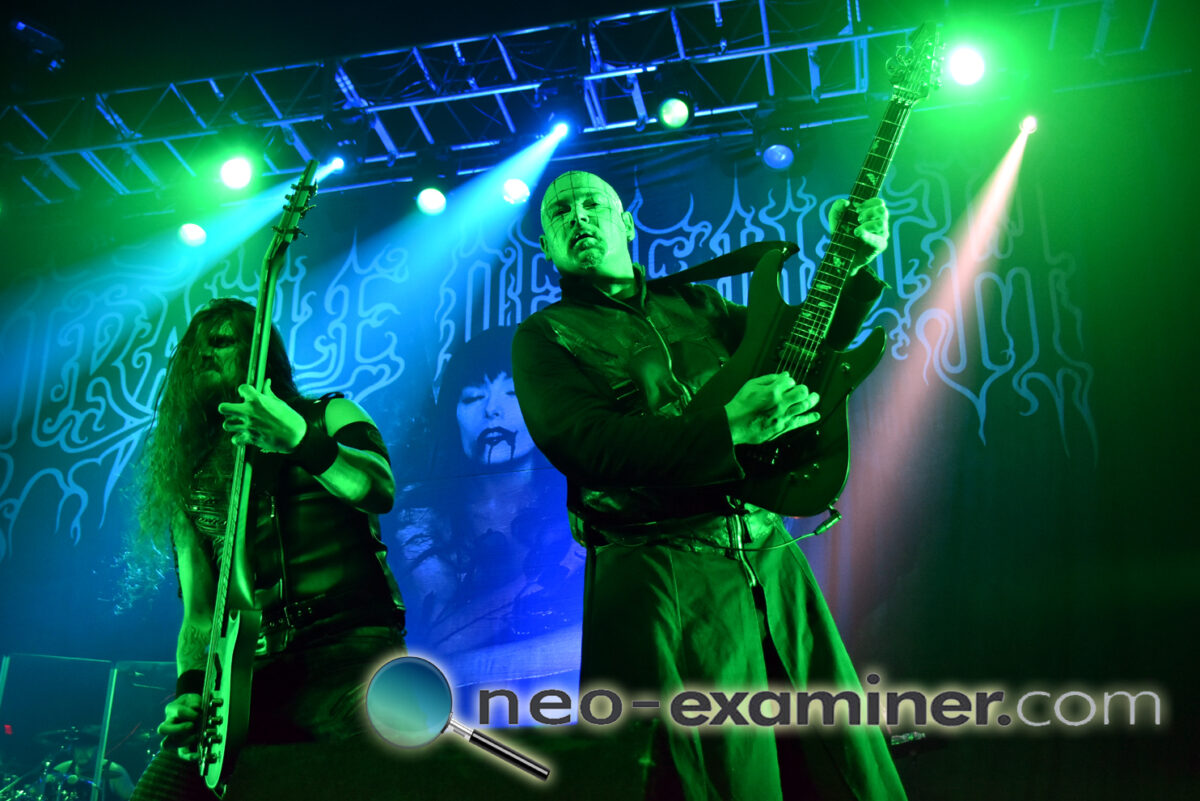 Cleveland, Ohio- The legendary and amazingly renovated Agora Theatre in Cleveland played host to a night of metal which this city has not seen in a long time . The updated venue looked sharp and spectacular in a days of past high society type way , which was perfect for this band . England’s Cradle of Filth ,the multi genre defining metal band has been around for approximately 20 years with the line up changes that come with such a long history . I knew very little about the band but that was about to change from this night forward .

The stage with set as an evening with Cradle of Filth due to some changes on the tour and the audience did not mind. I talked with fans as far as Rochester ,New York and Arkansas , holy crap that is some drawing power . The lighting was moody and a smoke machine filled the venue and the DJ recently played a Gary Numan song ( yes that 80s Gary Numan who now does electric goth /industrial music ) and the crowd was into it .( even if they had no idea who it was ) when the band hit the stage . Power and fury and melody soon was the driving force for the night and the audience cheered with a fever .

Although I was unfamiliar with most of the material , the quality musicianship and talent could not be denied . This band shined through out the set as a well oiled machine musical machine

I highly suggest you attend one of their performances as venues and tours start opening up again .Please see the official website at https://www.cradleoffilth.com/

As we close this taste of