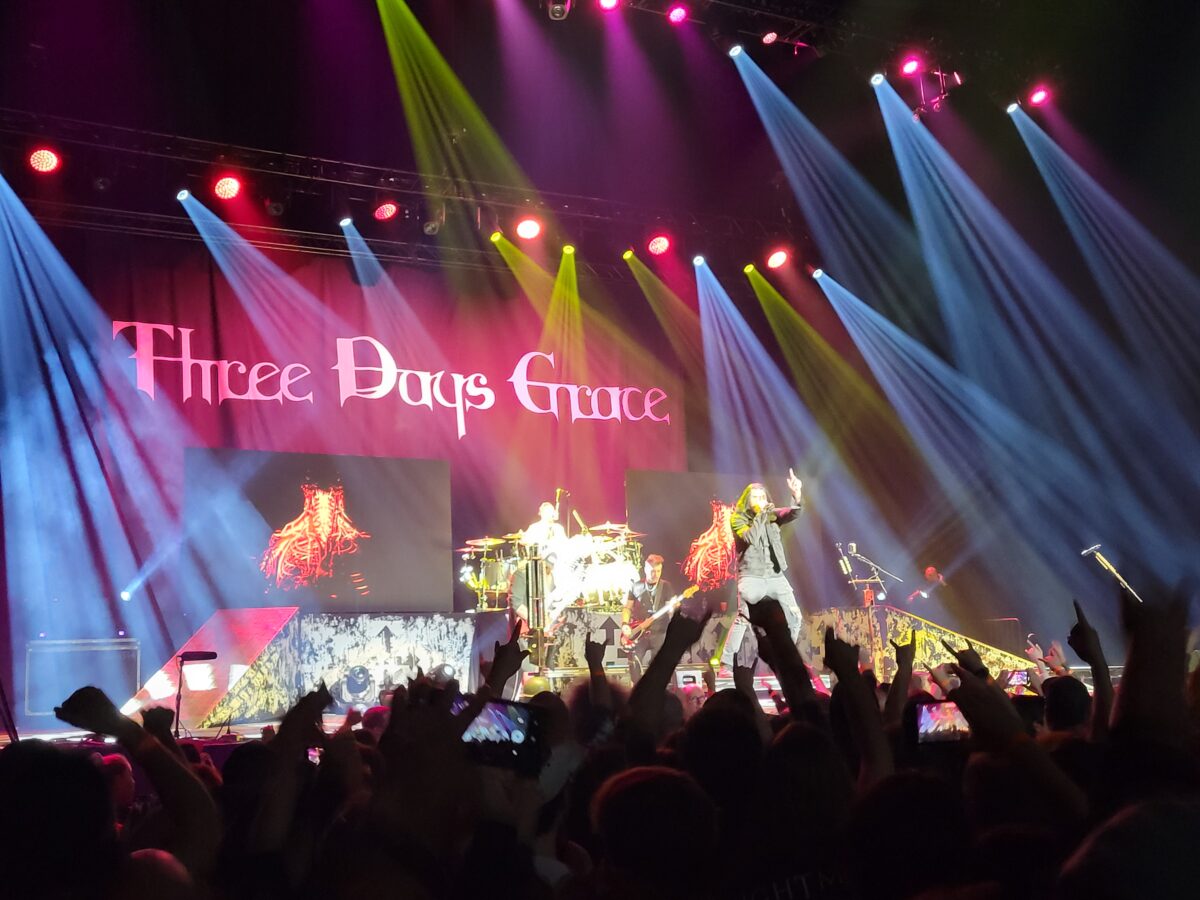 Canadian hard rockers Three Days Grace rolled into Montreal, Canada on November 20 in support of their newly released Explosions album. With 20 top ten hits on Billboard charts spread out over 20 years, the term grizzled veterans can be applied to them. Led by lead singer Brad Waist (and younger brother of lead guitarist Matt) who joined the band in 2011, Three Days Grace performed a show similar to many of today’s modern rock bands, and that is what it was, a very produced and choreographed show performed by aged veterans.

Opening with So Called Life and following up Animal I Have Become, Three Days Grace had the crowd going from the start. Home and Pain had the early vibes of Three Days Grace but that is when the process became too rehearsed and choreographed.

The show progressed between Painkiller and I Am The Weapon from The Explosions album, but a long keyboard setup and Brad Waist chants for Three Days Grace kept breaking up the fluidity. Brad Waist’s banter to the crowd lacked sincerity before World So Cold. Following songs such as Good Life and I Hate Everything About You were played. Encore songs were Never Too Late and Riot but at that point, the crowd had noticeably diminished.

Opening up for Three Days Grace was The Warning, a trio of sisters from Mexico. Playing songs off their newly released Errors album, they stole the show with their high energy tempo, rhythms, stage performance and enthusiasm. Things that the Three Days Grace show lacked. And their cover of Metallica’s Enter Sandman had a crowd sing-a-long going. Setting up the whole evening was The Standstills, a Canadian duo from Oshawa, Ontario, playing standard rock radio fare from their two albums Shockwave and Badlands.